Coed volleyball's rocky but transformative season officially ended Monday night following a momentous comeback in the fourth and final set. Though the team had some shining moments and a strong initial confidence, their play deteriorated in the third and fourth sets and the seniors left the court for the last time disappointed (25-22, 15-25, 18-25, 14-25). 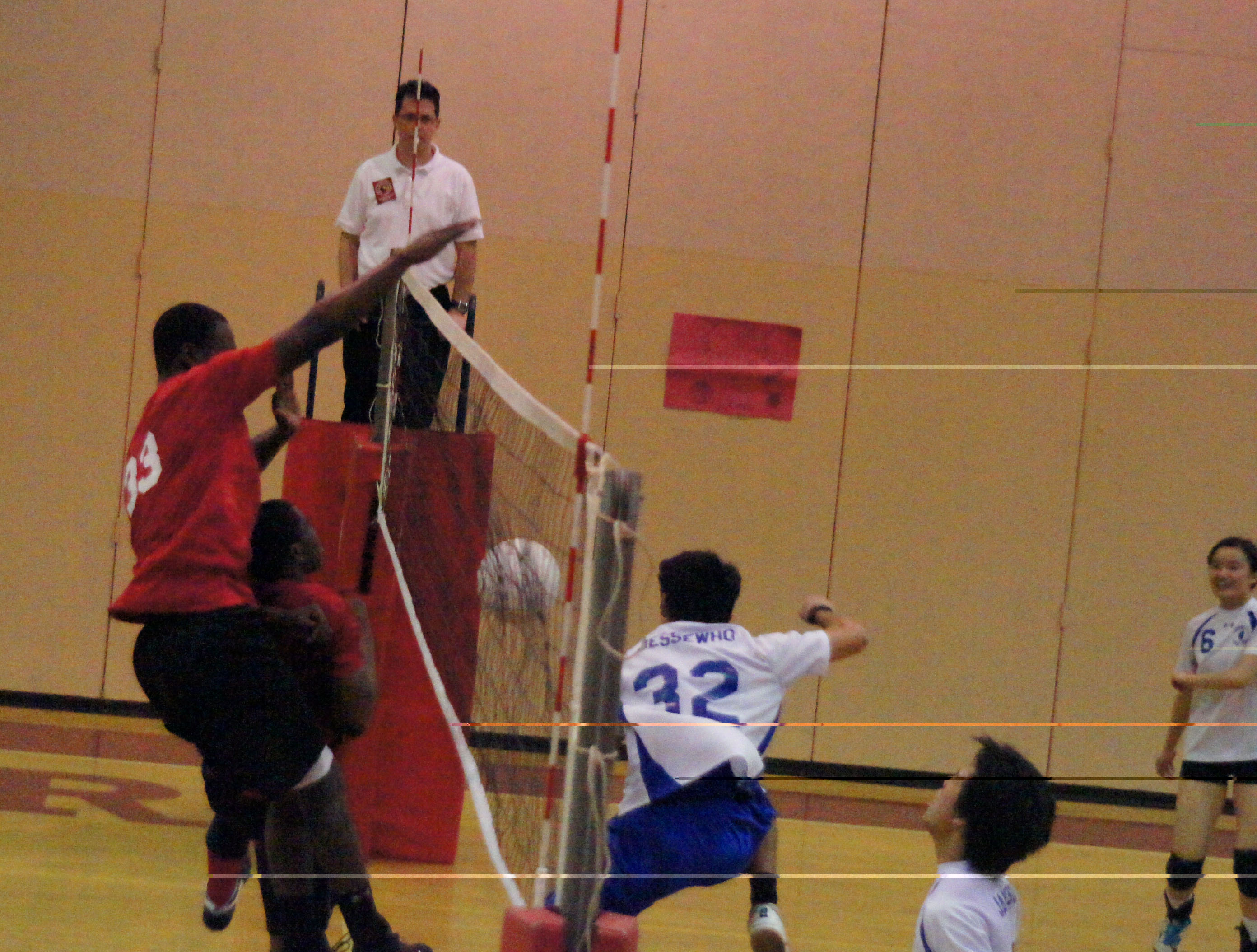 Despite the final score, head coach Chris Klein and co-captain Nika Lilley ended the night by expressing how proud they were of the team for overcoming many obstacles, including inexperience, injury and tough opposition, and not losing hope through the season. "Their character really showed through. They never gave up, even on a down season," Klein said.

After applauding their departing seniors, Pape Koite, Victor Ekunseitan, Veshal Masih, Jasmine Cruz and Jean Mbossa, the Blazers seized the first set in a competitive but decisive match. At first lagging behind up to six points, the Blazers turned the game around with a combination of strong offense and high energy. After tying the skilled Bulldogs 17-17, they surged forward, winning the set.

In the second set, though the Blazers showed strong cohesiveness and communication, they were defeated by the Bulldogs' almost stalwart defense. The Bulldogs rushed ahead of the Blazers in the exciting set, which featured extended, nail-biting volleys that tested the Blazers' newfound ability to play their positions.

A promising start for the Blazers in the third set, where Lilley's hard hits and co-captains Ekunseitan and Masih's strong blocking, put the Blazers at a hopeful score of 8-7. After close competition from the Bulldogs, however, the Blazers feel behind, losing the second set in a row. 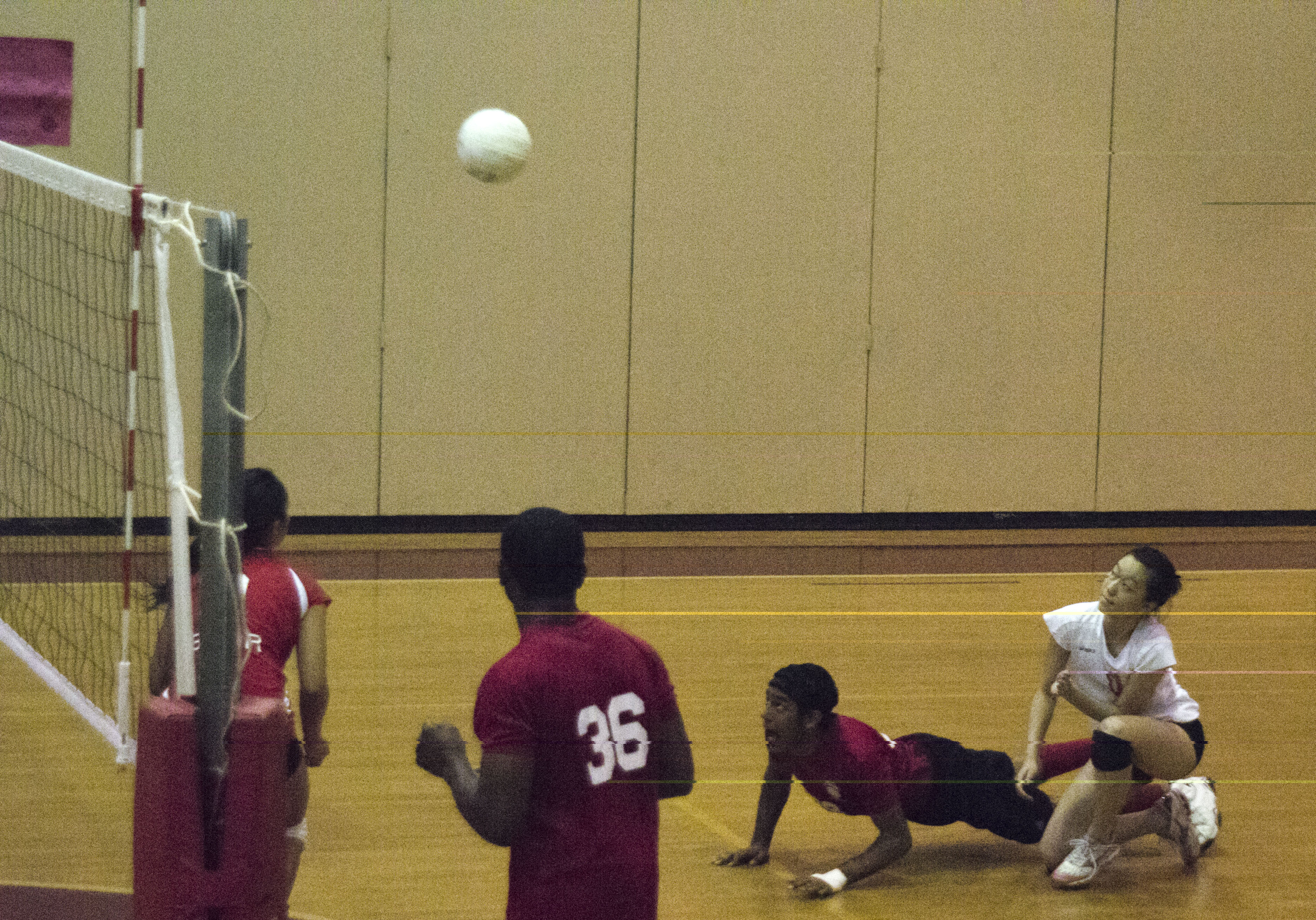 Photo: Senior Veshal Masih digs ball after hard spike from Churchill. He is among the players Coach Chris Klein said has developed the most from just an athlete to a true volleyball player.

Photo: Senior Veshal Masih digs ball after hard spike from Churchill. He is among the players Coach Chris Klein said has developed the most from just an athlete to a true volleyball player.

Energy slumped and mistakes became worse and more frequent in the fourth set. Eventually, the score reached an embarrassing 1-16. The exhausted and demoralized team was called in by coach Chris Klein. After regrouping, the Blazers began a small but intense scoring streak, quickly bringing the score from 2-17 to 7-17. They continued to score faster and keep up with Churchill as they gained momentum, raising their score by 13 points while Churchill only scored seven. However, Blair's initial point deficit allowed Churchill to sneak by in the midst of one of the Blazers' most dramatic comebacks this season.

According to Klein, if Blair had not lost so many points in the beginning, they would have won the fourth set and possibly the game. He attributed this huge initial loss to the team's mindset at the turn of the fourth set. "We got nervous," he said. "It's a mental game… we either overplayed or underplayed; we were afraid to play our game."

Though the team ended the season with a less than impressive record of 3-9, the team has seen an unprecedented amount of development in their play. "We had a lot of new kids, and they got a lot better," said Lilley. "Objectively, [the season] was fine. We played well and had fun. The best thing you can do is get better."