Six classes have been cut from the course offerings for the 2010-2011 school year, according to counselor Marcia Johnson. In addition, seven classes, a combination of new and reinstated classes, have been added to the course list, she said. 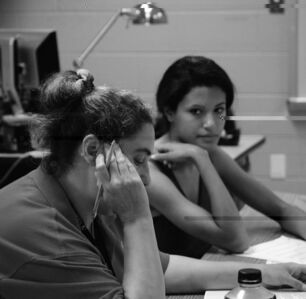 According to Johnson, the primary reason for dropping these classes is low enrollment and student interest. "If for some reason we don't have enough students enrolled in a class, the teacher is needed to teach elsewhere so at that point we drop it," Johnson said.

Students who had enrolled in the cut classes were called in to the guidance office to select another course and discuss alternative options, according to Johnson.

If enough students show interest in a course, it has a chance to be reinstated. AP European History, taught by Gibb, was one of the classes that were brought back to the course list this year, Johnson said.

AP European History is one of several classes that are going to be taught every other year, according to teacher Robert Gibb. This year was the first year for AP European to be cut in alternating years, Gibb said.

Gibb attributed the change to having the class for one period of the day. "You need a pretty large number of kids to sign up in case there are problems with their schedules," he said.

Since AP European History is primarily a senior class, the alternate schedule makes it much harder for students to recommend the class to their friends, Gibb said. "I lose the word of mouth," he said. "By having the class alternate years, you give it a much better chance of going extinct."

Marc Grossman, who has taught Latin American History since 2002, worries that his class might not be reinstated in following years. "Once a course dies, it's hard to bring back," Grossman said. "There aren't enough students to pass on the word about the class."

Teachers encourage their students to pass on the word of mouth to younger students and will focus on making the more challenging electives such as AP European History and AP US History more enticing, Gibb said. "I'm going to do such a good job of teaching that it will transcend the alternating years."