Clean up, clean up, everybody everywhere

Spring is a time when the sun comes out, flowers bloom and everyone's mood is lifted from the dreary winter (well, except for this year when Mother Nature decided to skip winter). But for reasons that aren't totally clear, the coming of spring also signals the onset of mass cleaning. 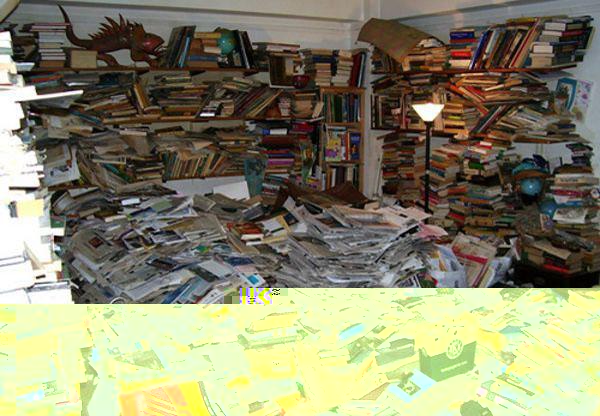 Photo: Hopefully your room hasn't past the point of no return, unlike this one.

Photo: Hopefully your room hasn't past the point of no return, unlike this one.

Years ago, it was generally decided that spring cleaning is a time when people dig through the deepest depths of their closet and the very bottom of their backpacks to get rid of unnecessary trinkets and old trash. It's hard to say that any teenager is an expert at cleaning, but SCO will try its hardest to give sound advice.

This is a tough one to tackle since you probably haven't cleaned it out all year. A good place to start with is your binder, although by now it probably resembles two pieces of cardboard with a thousand old papers in between. First off, recycle (come on people, we're a green school!) any useless worksheets, even if teachers say to keep everything. Do you really need to keep a worksheet from that arbitrary movie you watched with that substitute back in November? How often are you really going to look at that math review packet from the first semester exam?

Then there's tackling your actual backpack. There are undoubtedly crumpled papers, like that lost permission slip or the report card not quite good enough for the fridge, but then there are also some stranger finds, like 19 loose playing cards that somehow include five aces (just as a random example that has never happened to me). Get rid of any unwanted junk before the year runs out and it's left sitting there until August rolls back around. 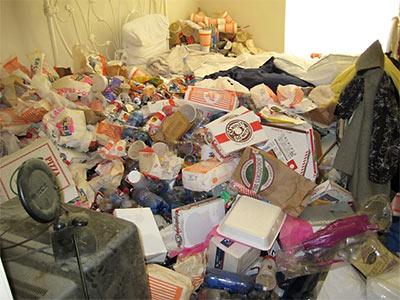 Clear your schedule and cancel your plans, because doing a thorough room-cleaning is a time consuming procedure, especially if it hasn't been done in a few months or years… or decades. A real teenager has a truly messy room with clothes on and under the bed, magazines strewn all over and, if you're really good, some food hidden in a corner. On that note, getting rid of old food should probably be your number one priority. If it's Halloween candy that still seems intact, feel free to eat it, nobody's watching. But if it's worse, like a moldy burrito or an item that has an expiration date from before Obama was elected, get rid of it - now.

Going through clothes is another good way to get rid of useless junk. You know the shirt that's been sitting in the dresser, unworn since 2008? Maybe this is the year to finally give it up. How about your sneakers from sixth grade gym, are those a necessity? Unless you're one of us non-athletes and sixth grade gym sneakers are still the only sneakers you own, you can probably throw those out. If they're in a quality condition, you can even donate them.

Finally, there are all those weird knick-knacks with no real purpose. Everyone loves a good windowsill cluttered with useless items from various rest stops and airports, but sometimes the trashcan calls. If your snow globe is broken, get rid of it before it leaks everywhere. If your novelty pen no longer writes, give some other writing utensils a little elbow room. A good room cleaning can seem like a daunting task, but just think of it as another means of procrastinating on homework and it will suddenly seem like the best idea you've had all day. 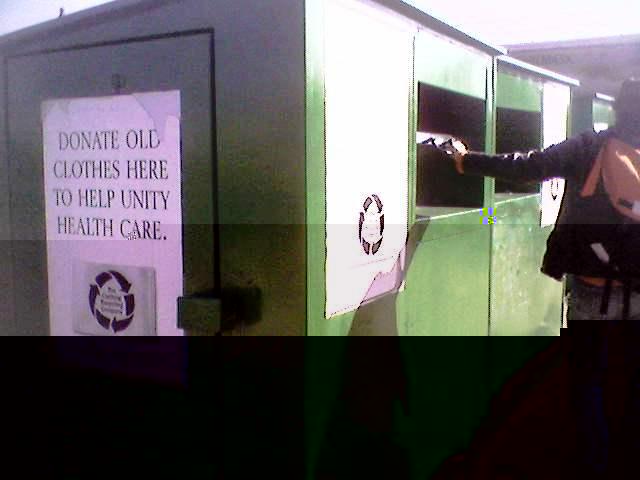 Photo: If you find nice things that you don't want to throw out but can't keep, donate them! Donation boxes are scattered around the area.

Photo: If you find nice things that you don't want to throw out but can't keep, donate them! Donation boxes are scattered around the area.

What to do with it all

While some of your newly proclaimed junk should be thrown out, or burned or stuffed inside a turducken and served at next year's thanksgiving, if you find something with too much sentimental value for the trash can, you can simply relocate it. Take your fourth grade diary. It's not a necessity, but you might feel a weird obligation to keep it so that 10 years from now when spring cleaning rolls around, you can read it again and laugh at your weird 10-year-old thoughts (mine mostly expressed my disappointment with mother nature for not rewarding me after doing the snow dance). Don't forget, you can always donate your used items to a thrift store where one man's trash is another man's treasure, or one man's trash is another man's trash in a year.

Hopefully these tips will encourage you to get up and finally clean up your surroundings, or at least think about cleaning - people always say it's the thought that counts.