"Clockwork Scarab" is a waste of time

400 pages of boy drama does not a murder mystery make

This review may contain spoilers.

"The Clockwork Scarab," by Colleen Gleason, has an interesting concept. Evaline Stoker, the sister of "Dracula" author Bram Stoker, and Alvermina Holmes, Sherlock's niece, are sent on a mysterious mission by Irene Adler to investigate the deaths of rich white girls. It's set in an alternate universe, "cognoggin" (steampunk, basically) Victorian London, where electricity has been outlawed. They have steam cycles and airbuses and outdoor lifts as well as elaborate clockwork gear decorations. There's time travel, Egyptian mythology, secret societies and, most importantly, murder.

There is, however, no development. The girls are able to discover and solve the obvious bits of the mystery, but by the end, there are questions still left unresolved, including, but not limited to: who is the murderer? How is there time travel? How will the time travelers return home? Why is London so strange? How will they officially stop the murderous secret society? However, the biggest question that Gleason thinks we care about is this one: which boy will each girl end up with? 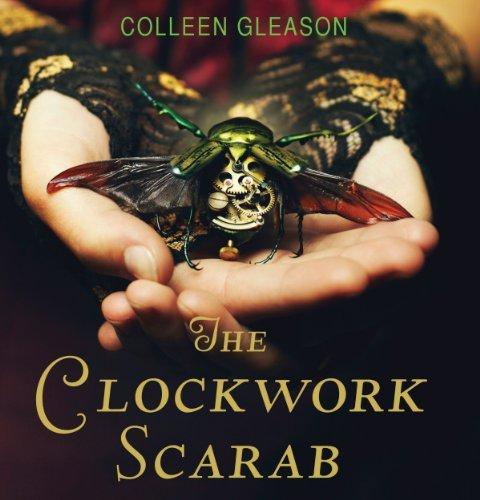 Photo:
Because, of course, each girl has plenty of male friends. Evaline, whose vampire-fighting lifestyle as the Chosen One closely resembles that of Buffy Summers from "Buffy the Vampire Slayer," has an enigmatic enemy-turned-friend, the roguish Pix. Their relationship actually somewhat resembles that of Buffy and her boyfriend, Angel, but with (slightly) less shirtlessness. She also has one gentleman friend, who clearly only exists to make Pix jealous. Alvermina has problems of her own. She's "Not Like Other Girls": she reads books and doesn't like to dance. On top of that, she has two permanent males that demand her affections: Dylan Eckhartt, who is from 2016 and who might in his time be considered kind of a jerk, and Inspector Grayling, a Scottish inspector who often butts heads with her. Scene after scene is spent on her vacillating affections, and scene after scene is spent ignoring the gripping plot and mystery.

This love triangle-style side plot is a common symptom in young adult fiction. The female characters can't go through the plot without a boyfriend—it's just not done. God forbid they get something else out of the story—like, say, friendship or accomplishments—besides some making out and awkward relationships. This frankly ridiculous almost-romance is clearly something that adults think that we teens enjoy. Perhaps, to a certain extent, they're right. But not for the whole book. That's not what we're here for.

Ignored plot and superfluous romance aside, the story seems to have been written by a fourteen-year old sitting on their bed, listening to angsty music, crying about their torrid love affairs, possibly tossing a baseball against a wall as if this was an 80s movie. In short: not well. It seems to be a strange mixture between mild mystery and extreme romantic wish fulfillment, and while it fits the theme of "plot is secondary to boys," it's not enjoyable.

"The Clockwork Scarab" does have some redeeming features. The concept is fascinating, and there are legitimately surprising plot points. But any intrigue is entirely drowned out by the impregnable romance and smothered in a mediocre writing style.

"The Clockwork Scarab" by Colleen Gleason a is one of the nominees for this year's Black-Eyed Susan Book Award. Silver Chips Online will be reviewing and ranking all of the nominees, so make sure to check back for more reviews.