Blazers come from behind to win in final seconds 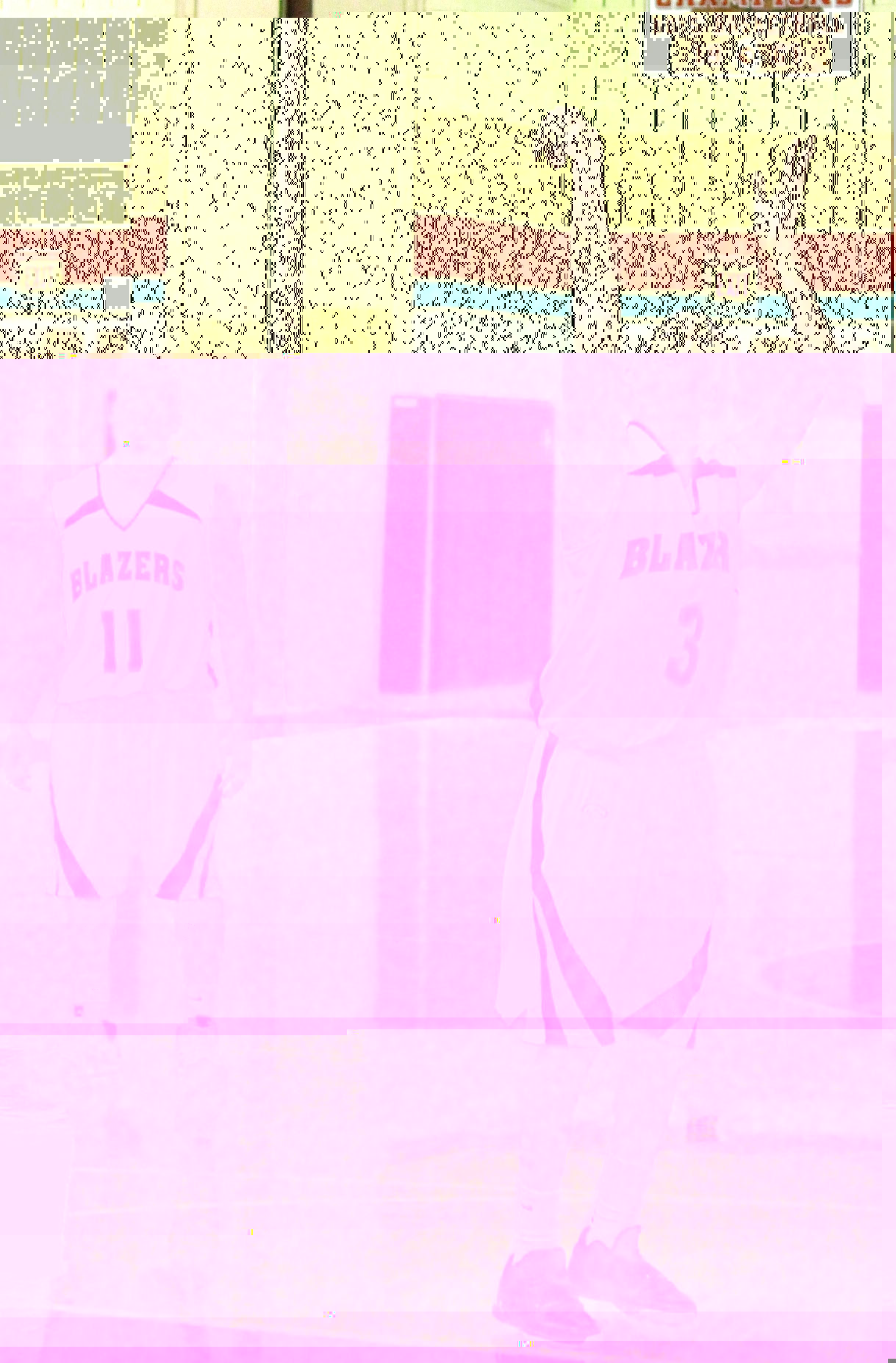 Photo: Senior guard Trey Wainwright hits the second of his two free throws to put Blair up by one point with only 3 seconds remaining.

Photo: Senior guard Trey Wainwright hits the second of his two free throws to put Blair up by one point with only 3 seconds remaining.

Just before a group of students and fans rushed the court to celebrate, the stands were filled with people on their feet in anticipation of a Blair win. The fans got what they were looking for when the Blair boys' varsity basketball team (5-2) beat the Springbrook Blue Devils (5-2) for the first time in a decade, 40-39, as senior guard Trey Wainwright sank two free throws with 3.1 seconds left in the game.

The Blazers' rally from a 39-33 deficit began when junior forward Damar Bess scored three of his five points with one and a half minutes left on the clock. As the Blue Devils brought the ball up the court, senior Remi Olateru knew what was coming. "When coach put me on [Springbrook guard Andrew Robinson] I knew he was controlling the game. He was driving the ball coast to coast. When he went to do his crossover I was ready,” Olateru said.

Olateru was able to poke the ball away from Robinson and a battle for the loose ball ensued. Junior center Raymond Burtnick scooped it up and drove to the rim. He was fouled and he went to the line where he hit both free throws to bring the Blazers within one. Wainwright knew that without those Burtnick free throws Blair likely wouldn't have had a chance to win. "I was just thinking that he needs to make it for us,” Wainwright said. 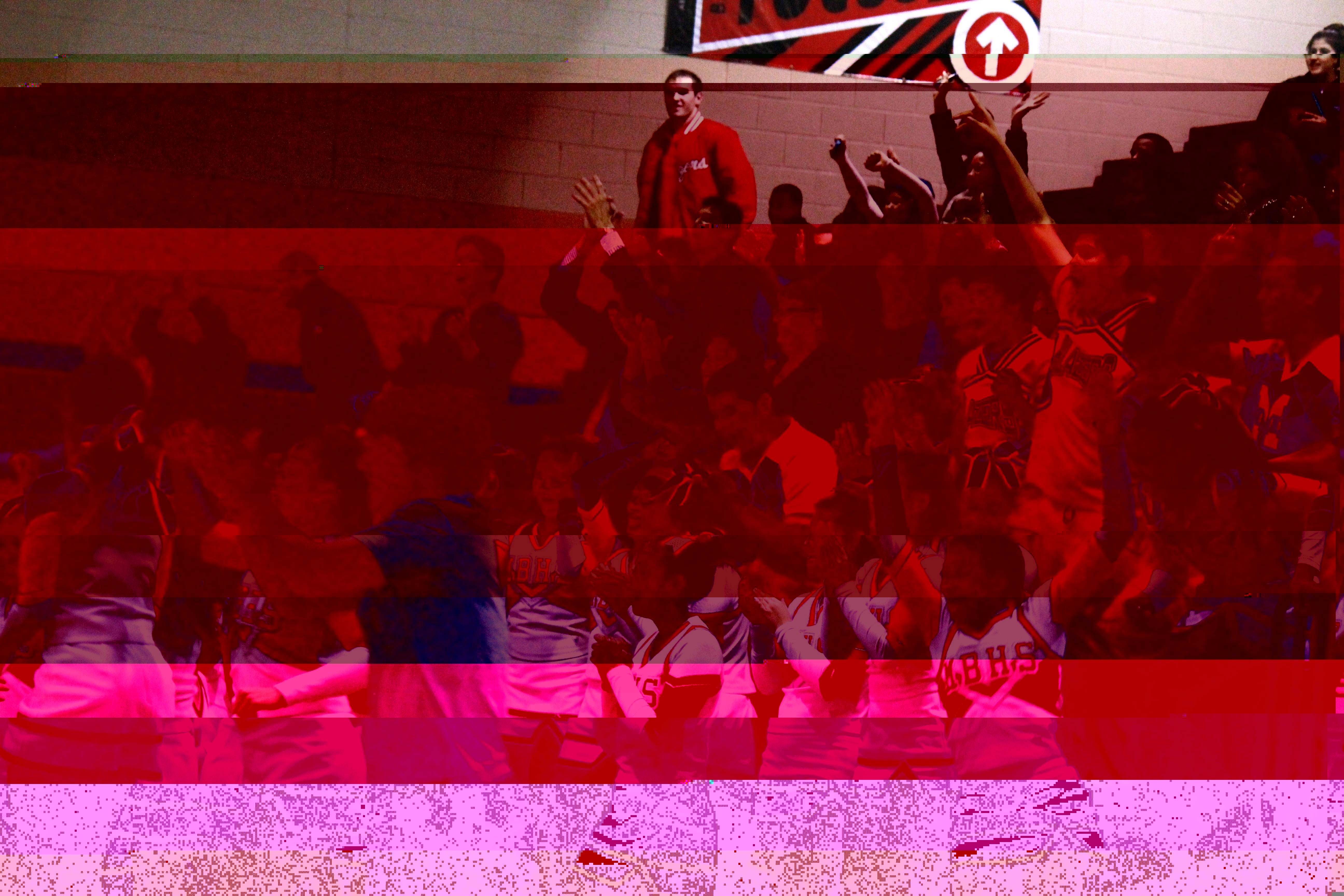 Photo: Blair supporters go wild after the final buzzer sounds of the Blazers' win against Springbrook.

Photo: Blair supporters go wild after the final buzzer sounds of the Blazers' win against Springbrook.

Wainwright hit both free throws and Springbrook was unable to even get a shot off before the clock struck zero. Wainwright was happy to have been able to contribute to the team. "I was doing it for the team. It was for them," he said.

While the Blazers were overmatched by Springbrook's height and strength, the Blazers were able to hold the Blue Devils to only 15 points at half time. Rebounding and team defense were key in helping keep the Springbrook attack in check, says head coach Damon Pigrom. "We are who we are, we're smaller. But we do rebounding drills two to three times a day at practice,” Pigrom said.

Despite their staunch team defense in the first half, the Blazers faltered on both sides of the ball in the third quarter where they were outscored fifteen to five. The defense was weak as Blair wasn't able to hold the Blue Devils offense down any longer. "I think their length got to us. They're really athletic,” Pigrom said.

Offensively, Blair was too rushed and didn't wait for the shots to come to them, senior forward Justin Kung believes. "We didn't treasure each possession and didn't grind it out,” Kung said.

However they surged back in the fourth quarter to get the win. It was huge for the Blazers to beat perennial powerhouse Springbrook, who have been state champions three times in the last five years and who have already beat the defending 4A champions, Magruder, snapping Magruder's 31 game winning streak earlier this season. Despite this impressive resume, Blair didn't talk about their opponent's history leading up to the game. "We didn't really talk about it until after the game,” Kung said.

When the final buzzer sounded, Wainwright was filled with relief and a sense of pride for the team. "Man, it was relief. That hard work had paid off,” Wainwright said.

The Blazers play their next home game Jan. 8 at 7 p.m. against Blake.