Coils, kinks and curls, oh my!

Every few months, junior Claudia Allou decides to straighten her hair. Armed with a straightening iron and a brush, she shuts herself behind the bathroom door and goes to work. When she enters, her tightly coiled dark brown hair rests in a bun atop her head. When she emerges, her hair falls sleekly around her shoulders. In this state, with her mane tamed, Allou can leave the house with her hair out. For the next week or so, she doesn't have to worry about being treated like an animal in a petting zoo.

In a world where European beauty standards reign supreme it can be much harder for young black women and girls to embrace their non-European features. "Natural hair" is a term defined by black women as hair that has not been chemically straightened and therefore retains its naturally curly texture. For centuries, natural hair has been popularly perceived as unruly, unprofessional and unacceptable. Natural hair, in its various forms, has almost always been framed as something black women should be ashamed of.

Allou's decision to straighten her afro-textured hair is one that she makes out of necessity and desire for personal space. She loves to wear her hair out in an afro, but wants to avoid an unfortunately common scenario: people touching her hair without asking permission and then getting offended when she attempts to object. "Sometimes I'll meet someone and then they'll ask, 'Can I touch your hair?' I would like to say no but then it's that awkward interaction when they look at me like, 'Oh, you're offended? How could you possibly be offended by this kind of question?'" Allou says.

Asking to touch someone's hair may seem like a simple request, but for black girls it's bigger than that. For Allou specifically, people asking to touch her hair or assuming that they can do so without permission presumes an ownership over her body that removes her bodily autonomy. "It feels like I have no power over my own body, because I feel like everyone else has a priority over my body. It feels very powerless,” Allou explains.

To some, the concept of having a complex relationship with one's hair is foreign, but for a lot of black women and girls it's more than their reality— it's a part of their identity. 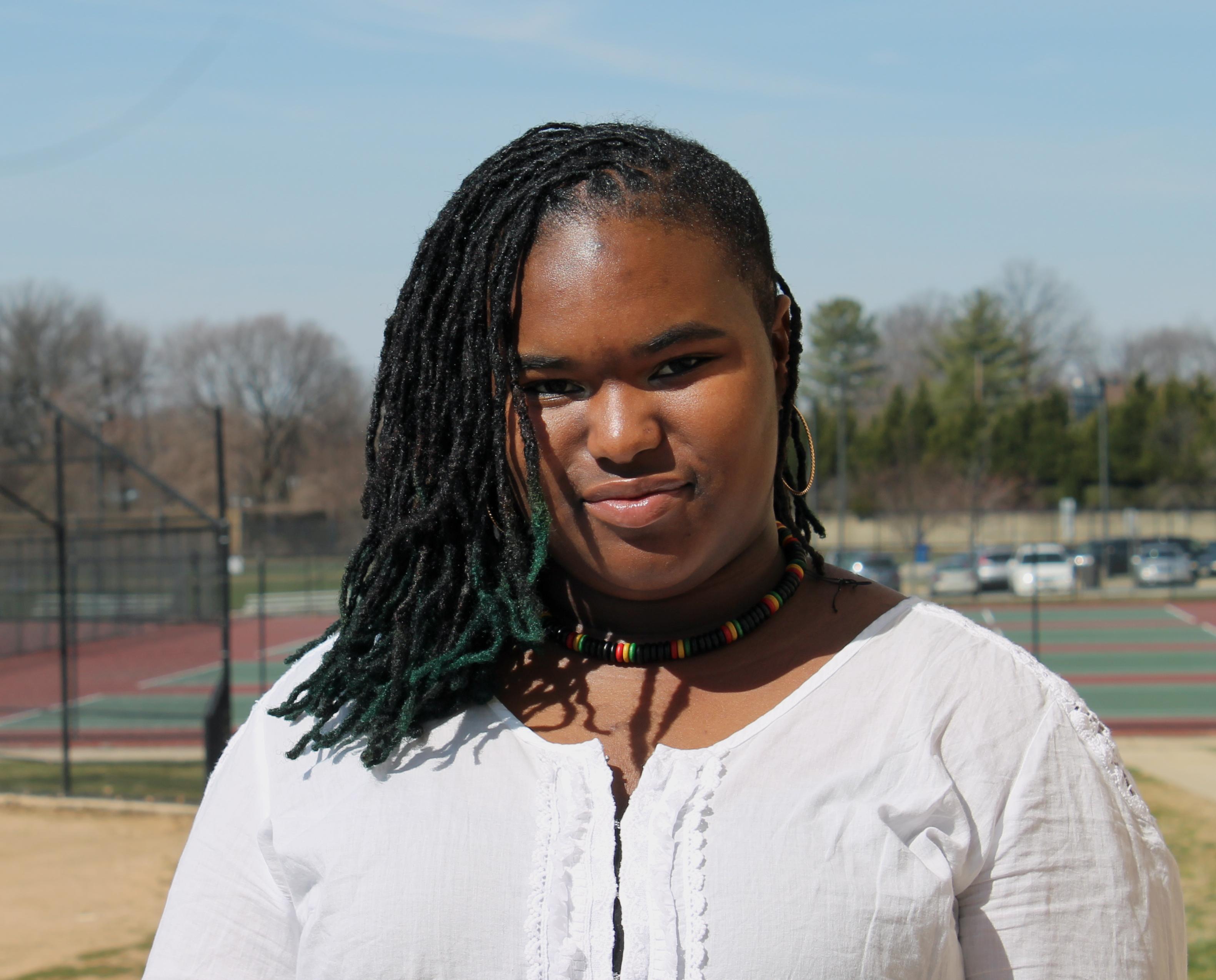 Photo: Freshman Iyanu Bishop feels that her locs have a deep connection to her heritage.

Photo: Freshman Iyanu Bishop feels that her locs have a deep connection to her heritage.

For freshman Iyanu Bishop, her locs are a connection to her heritage. "I feel like my hair is a cultural statement. I love how my hair makes me feel connected to my African and Caribbean roots. It makes me feel strong and it's a part of me. When I grow, my hair grows longer," Bishop explains.

Senior Emani Hears, who also wears her hair in locs, also identifies her hair as a source of growth, both figurative and literal in her life. "I believe my hair defines who I am today. It symbolizes my growth as both a person and a woman," she says. "Culturally, as a Jamaican, it shows I am proud of my heritage. Artistically, it shows that I am a free spirited person that loves to be different. Socially and spiritually, it is a representation of each moment in my life."

However, junior Grace Olawuni recognizes a paradigm where hair is used as a manner of controlling black women's femininity and identities. Olawuni argues that whether a woman is wearing her hair in box braids, weave or a protective style, people find a way to make her feel bad about it. "When we have weave they tell us we're fake and then when we have our natural hair they tell us we're dirty…there's no in between, there's no okay for us," Olawuni says. 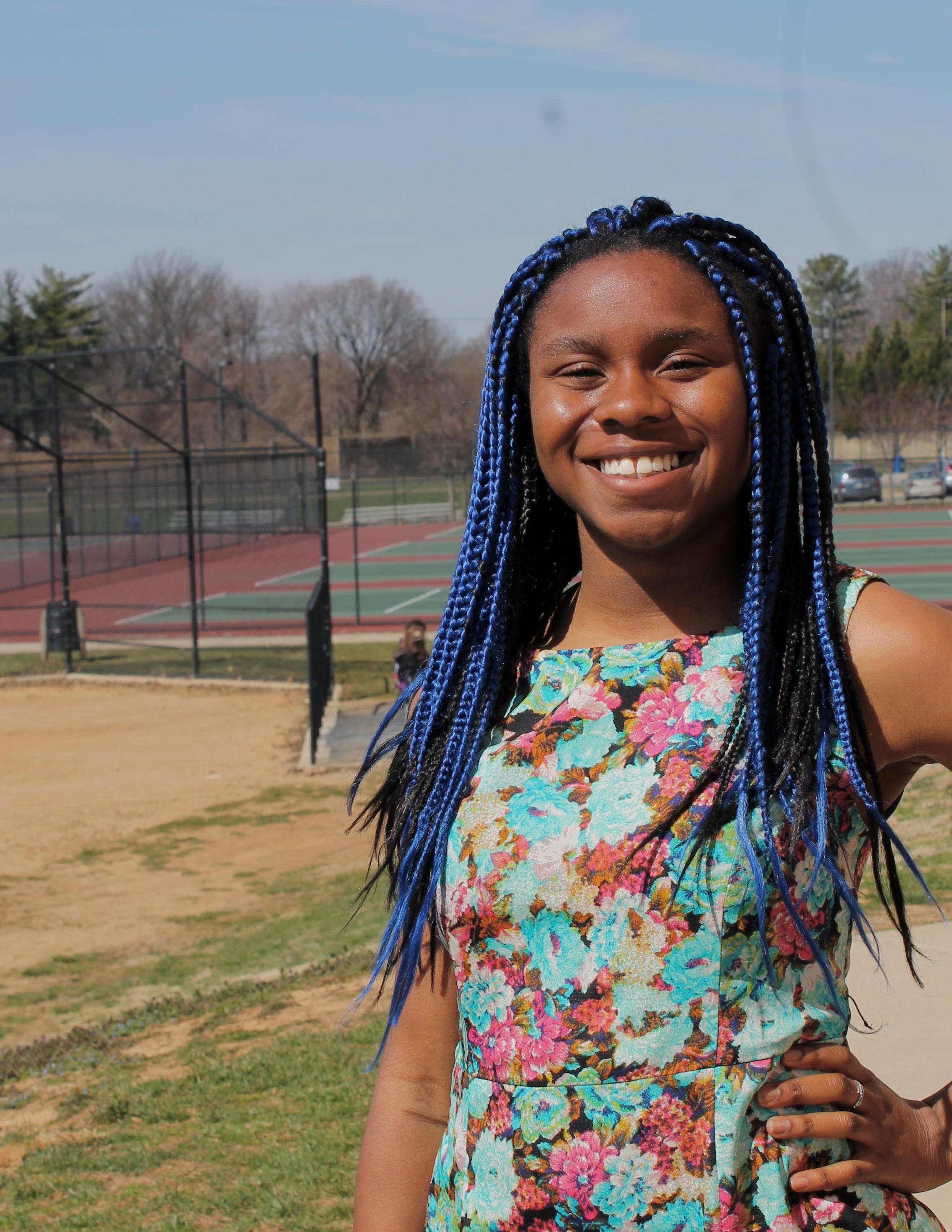 Black women have the unique task of having to learn how to love themselves and the way that they look in a world that is constantly telling them that the way they were born, from their hair to their skin color and facial features, is not acceptable.

This is the idea from which the "natural hair movement" was born. Black people, specifically black women, have worn their hair in natural hairstyles for years, but the natural hair movement began around the 1960s in conjunction with the Black Power movement. The Black Power movement was one that emphasized black pride and a positive image of the black community. One of the ways it did so was by encouraging people to embrace their hair in its naturally curly state.

Allou personally finds the movement to be empowering and a source of pride. "I love the natural hair movement. Honestly, the curls are beautiful and I am proud that women of color are coming to a place where we want to wear our hair as it is," she gushes. "And we don't want to try to look like women with straight hair because we have to but because we have the choice to experiment." 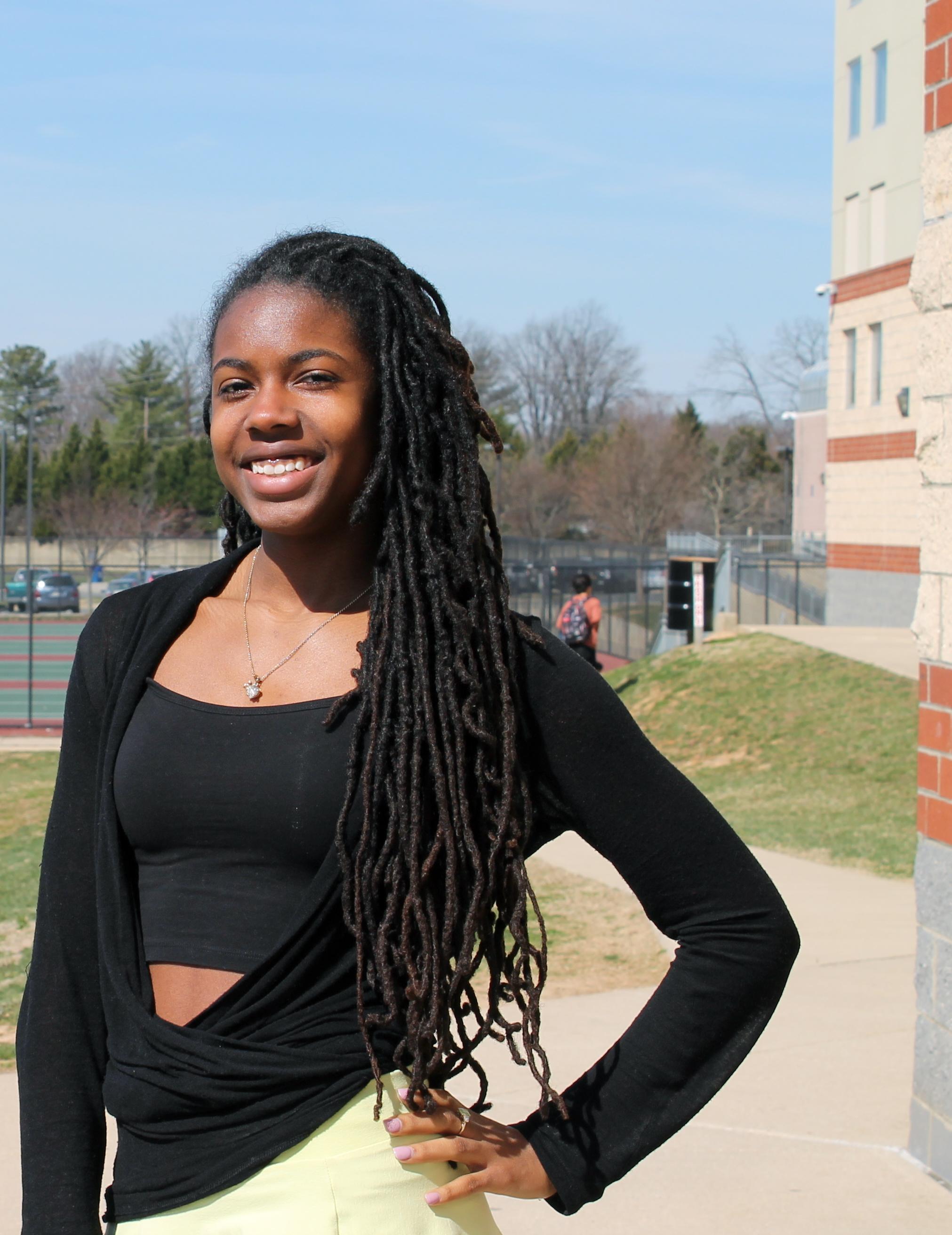 Photo: Senior Emani Hears has been growing her hair for more than 10 years.

Photo: Senior Emani Hears has been growing her hair for more than 10 years.

Though the natural hair movement has come far in terms of empowering some members of the black community, there are still many who hold prejudice against black women because of their hair. Hears had a firsthand experience with this kind of discrimination when she was told she could not attend a local school because of her hair. A woman working at the school called her mother to set up a meeting with administration and finalize her acceptance. Over the phone, however, she informed Hears' mother that if her daughter wore her hair in locs, twists or braids, she was no longer welcome at the school. Hears, whose passion is expressing herself through dance, has not been able to enter another dance school because of financial problems. "Because of my hair, I was turned away from getting the opportunity to dance," Hears recalls. "So the rules they had took an experience and an opportunity away from me."

Despite this experience, Hears asserts that she loves her hair. "I kept a promise to myself that I wouldn't allow anybody to discourage me from the choices that I made pertaining to my hair," she says.

For a lot of black women and girls, the relationship they have with their hair is probably one of the most important ones they'll have in their lives. Learning to love and embrace a piece of yourself that people have been characterizing negatively for generations is not an easy task. For Allou, Bishop, Hears and Olawuni, their hair is never just hair. Bishop sums it up simply: "Hair is important to black people."

Editor's Note: This story has been updated.