Collection of one-act plays to be held this Friday

The Blair Thespians will perform "Sex & Swords: A Festival of Plays in One Act,” a student produced show of one-act plays, this Friday in the Blair auditorium at 7:30 p.m. Admission is $3 for students and $5 for adults. 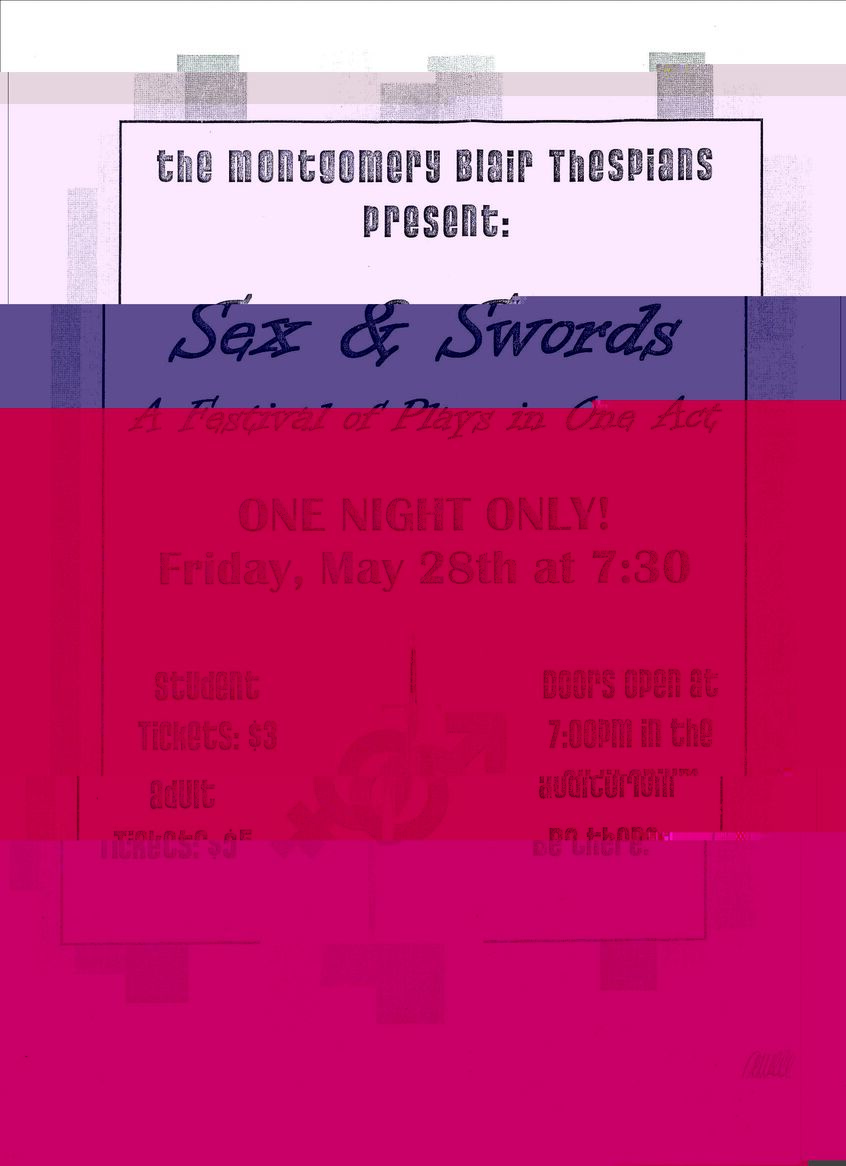 The show, directed by juniors Tasmin Swanson and Emma Kaufman, is comprised of five different acts: "Medusa's Tale" by Carol S. Lashof, "Under the Balcony" by Bruce Kane, "Jolly Jack Junior" by Jeff Goode, "Family 2.0" by Walter Wykes and "The Hardy Boys and the Mystery of Where Babies Come From" by Christopher Durang. A total of twenty Blazers will be performing.

According to Swanson, the title of the show reflects the overarching theme for the acts. "All of them discuss sex,” she said. Junior performer Katerina Klavon added that this is the first year the show has had a constant theme. "It's nice to see that kind of continuity,” she said.

"Sex & Swords” is the Thespians' annual performance for this school year. Although the Thespians sometimes perform full-length plays, performing a collection of one-act plays has become a tradition over recent years, Swanson said.

Swanson encouraged people to attend the performance. "It's a one-night-only event," she said, "and it's fun to see classmates perform."