Bundled up against the wind and rain, Blazer fans looked on disappointingly after Blair's varsity football team (0-2-0) fell short in a back-and-forth battle against Magruder. Despite the initial excitement about the team's first game on the turf, the energy diminished after the Blazers lost momentum in the fourth quarter. Although the outcome of the game was displeasing, Blair football fans witnessed many great moments. 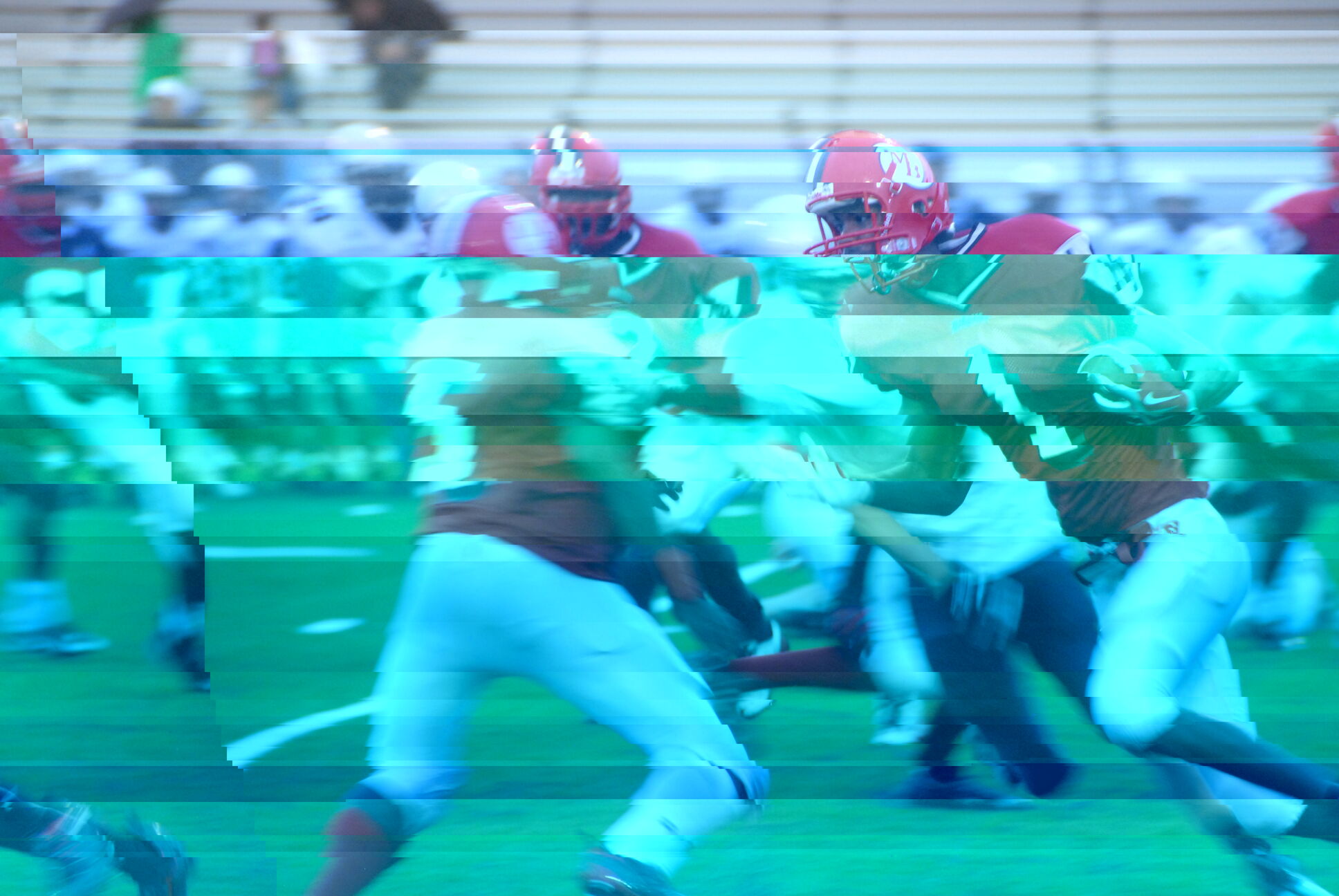 Equipped with great motivation, the Blazers showed impressive confidence. Quick dishes and solid defense epitomized the first quarter for the Blair squad, but their excitement got the best of them. Back-and-forth fumbles, fouls and incomplete passes energized the crowd and embodied the competition that filled the Blair stadium air. In protecting their house, as the team put it, the Blazer defensive team showed no mercy. They tackled repeatedly and committed sacs, which resulted in yard loss for the Colonels.

To break the stalemate of the first quarter and put points on the board, the Blazers' offensive line looked to senior captain and quarterback Alex Egber for leadership. Egber successfully progressed the ball up the field through a rough Colonel defense and spotted junior cornerback Caleb Furlow in an open lane to score the first touchdown of the game. Blazer enthusiasm pumped on and off the field, which stirred more fight in the Blair defense and allowed them to recover the ball from sloppy Colonel handling. While unsuccessful in scoring a second touchdown, the Blazer offensive team directed the action to their defensive teammates. Persevering in the last two minutes, the Colonels tied up the score as senior Colonel running back Marquis Morgan penetrated the Blazer defense and entered the end zone almost untouched.

With the score tied 6-6 at halftime, the Blazer coaching staff was disappointed in Blair's diminishing aggressiveness and told the players they could not allow the Colonels to enter their end zone unmarked. Coach Jeffery Seals identified the many penalties as a significant Blazer flaw, and was unhappy about Blair's mishandling of the ball. "We'd fumble and get it back and then fumble it again," he explained. But the game was not over yet. "They told us to keep our heads up," said senior captain and safety Andrew Gondor. "We're still here, we're still a team." 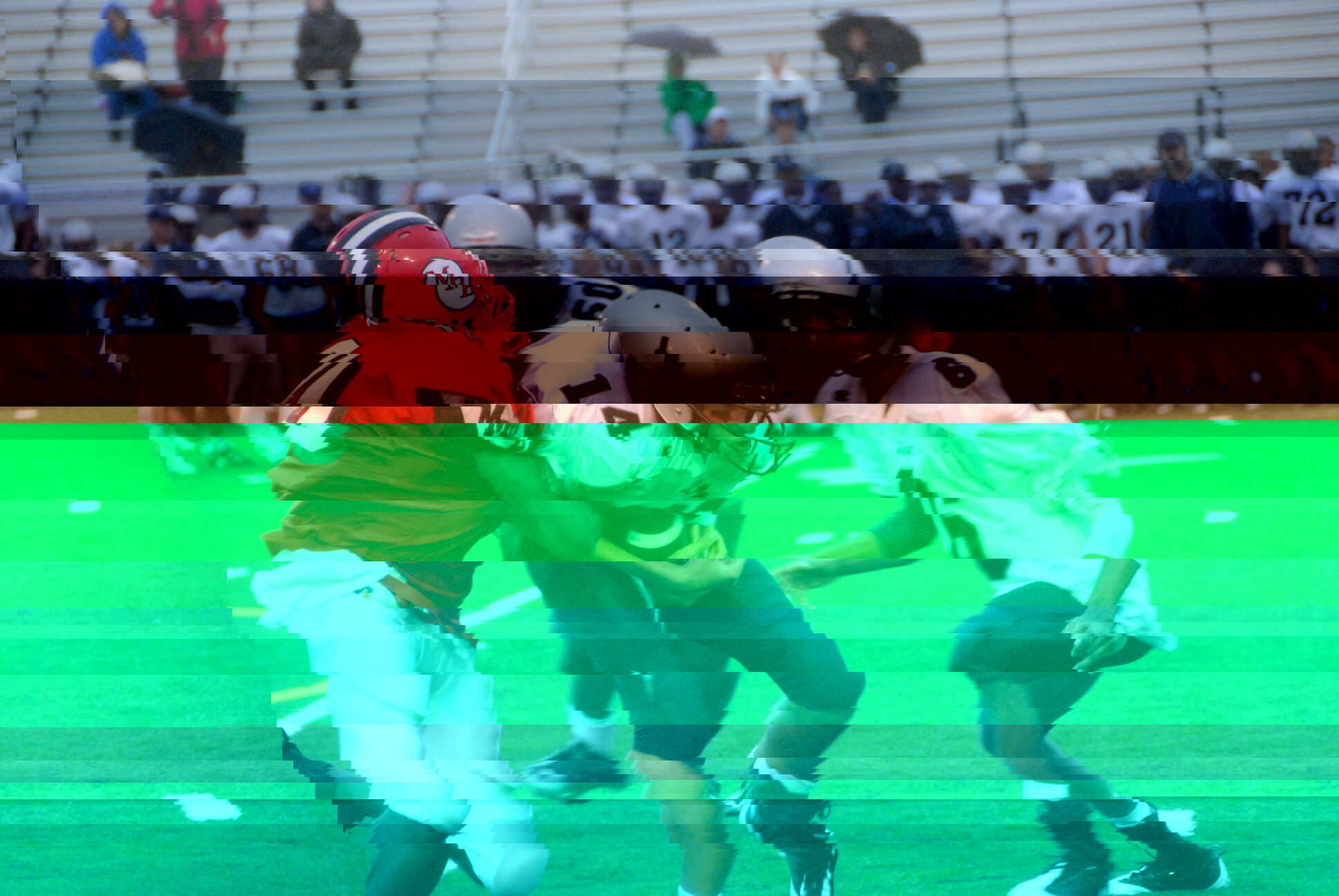 Photo: A lone Blazer takes down the Magruder quarterback.

Photo: A lone Blazer takes down the Magruder quarterback.

Although the Blazers came out onto the field pumped up for an even more competitive half, Magruder's ruthless aggressiveness overcame the Blair squad. The third quarter proved to be a struggle between both teams for maintenance of possession. With a mere 23 seconds left in the quarter, the Colonels upheld possession of the ball long enough to cross into the end zone and take the lead. But the Blazers were not planning on going down on their home turf without a fight. In the beginning of the fourth quarter, Gondor used his determination to carry the ball all the way down the field in two possessions, making the Blazers within reach of the end zone. "I was mad really," Gondor said of the play. "It was something in my head. Every time I get the ball all I can think is: touchdown." And that's what the Blazers achieved.

Unfortunately, it was their last score for the night. The battle over possession between the two opponents ended in the fourth quarter when the Colonels took over, dominating the Blazer end of the field. Blair's fate was sealed in the last 10 minutes of the game when tiredness and lack of energy took over, causing them to let in back-to-back Magruder touchdowns. "We lacked confidence, intensity and definitely toughness," Furlow said about the rough end to the game. Yet he still has faith in a promising future for the Blazers. "We're only going to get better as a team, as a group, as a whole," he said. 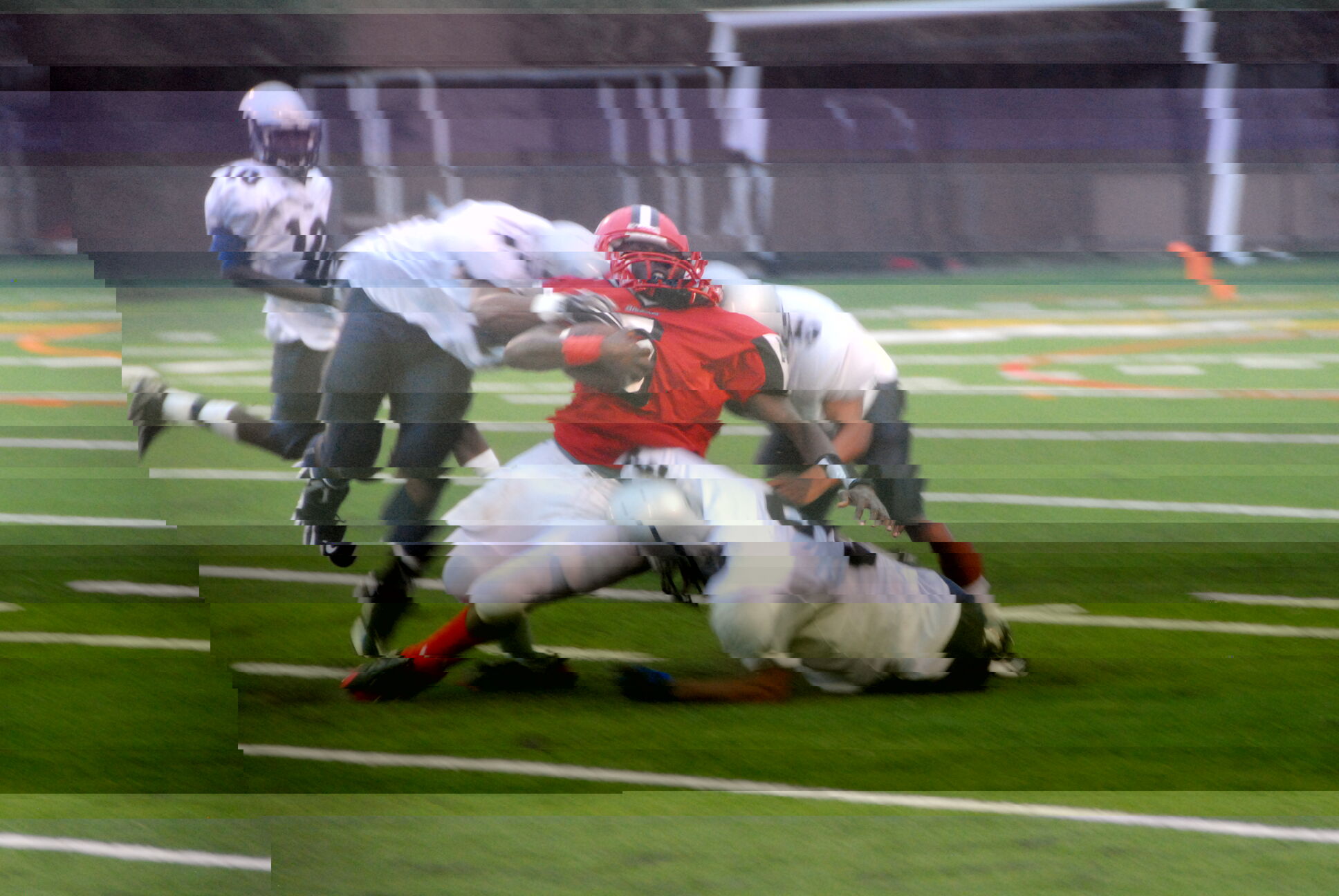 Photo: It takes three players to stop Blair from completing an impressive turnover.

Photo: It takes three players to stop Blair from completing an impressive turnover.

Coach Seals explained that the loss was upsetting, but the Blazers did show fine moments. "I was happy for the kids in some moments and really disappointed in other moments," he said. "We were right in it, [but] we need a little bit of discipline and focus."

The Blazers leave their house next Friday night to travel to Wheaton, and Gondor expressed the need for the squad to surprise the Knights. "We can't sleep on them," he said. "I know they're probably sleeping on us, but we can't sleep on anyone right now." As for Seals, he wants the Blazers to be more mentally prepared. "I hope the kids are focused more and concentrated more," he said. "That's what it really comes down to."