Blair unable to connect with the ball

The Magruder Colonels varsity field hockey team (6-2) defeated Blair (5-2) in an aggressive, fast-paced game with a resulting score of 3-0. Although the team's defense stayed strong, lack of passing from Blair allowed the Colonels to secure a shutout win. 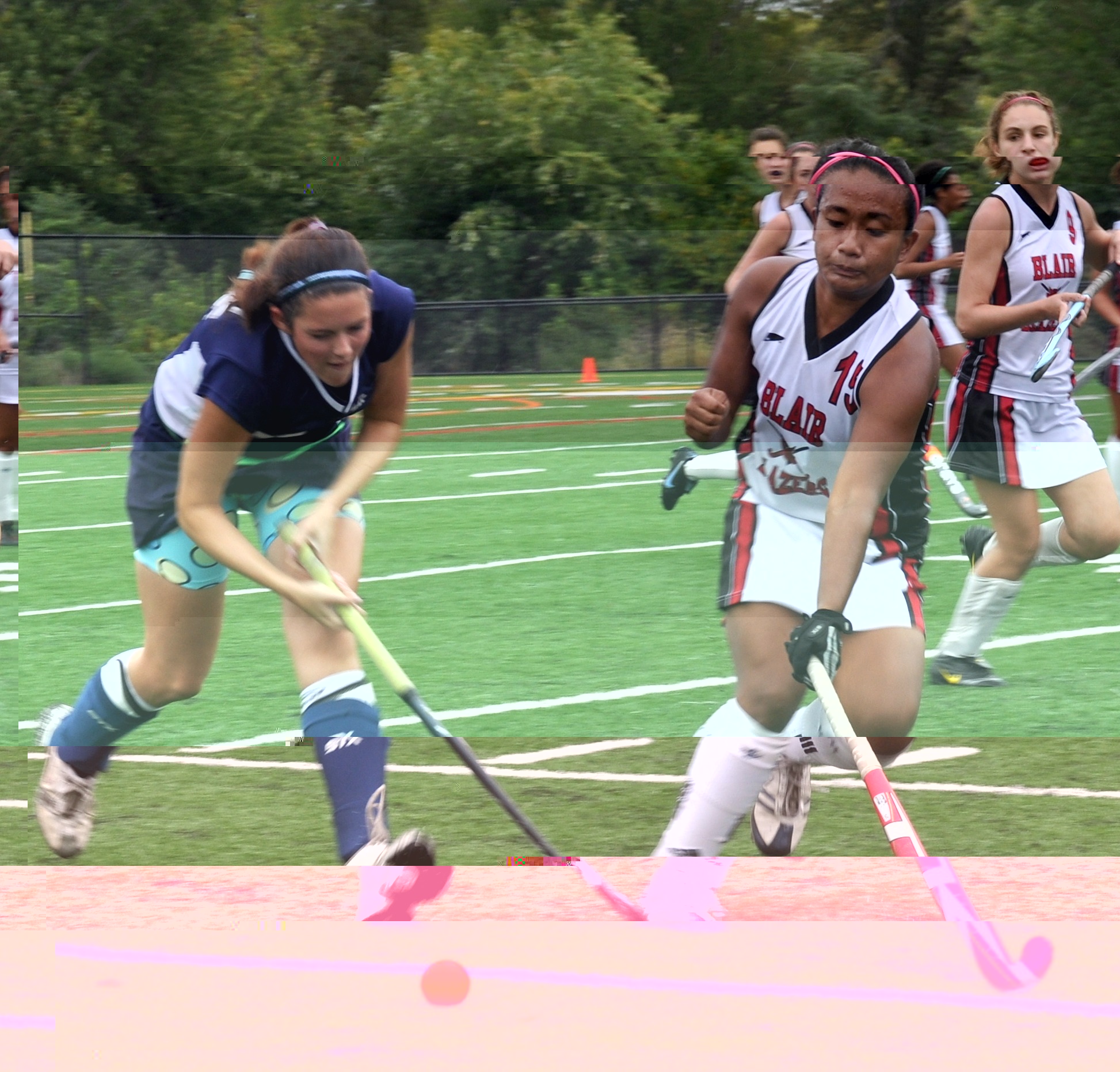 Photo: Senior co-captain Janet Henkai moves in front of a Magruder defender to re-gain control of the ball.

Photo: Senior co-captain Janet Henkai moves in front of a Magruder defender to re-gain control of the ball.

Blair's varsity head coach, Christine Denny, explained that Magruder played a very aggressive game. "That's how the good team's play," Denny said. "We need to be more aggressive." One of the Magruder players received a green card in the first half for her aggressiveness, unsportsmanlike conduct and as a warning for talking back to umpire Donald Frazier. Magruder had 29 penalties during the game.

Senior co-captain Janet Henkai explained that the penalties did not stop the Colonels from scoring the first and only goal of the first half. "The first goal was a big disappointment, but we were ready to keep on fighting after halftime," Henkai said. The Blazers were unable to connect right away, allowing their opponent to control the ball for the majority of the second half. Denny explained that the team's offense was not connecting as much as they usually do in previous games, which left the Blazers scoreless.

Junior goalie Molly Flannagan stood out during the game with 20 saves, according to Denny. She highlighted Flannagan and the rest of Blazer defense as doing a great job in both halves of the game. "They saved us from making the goal differential much bigger," Denny said. Flannagan still thinks the team has a lot to work on. "I think [Magruder] got away from the defenders a lot." Flannagan said. Flannagan added that she usually steps up to meet an offensive player one-on-one, but was disappointed with the final goal of the game. "I felt really bad about the last goal because I went out and she just went around me," Flannagan said. "That was the worst goal of the game." 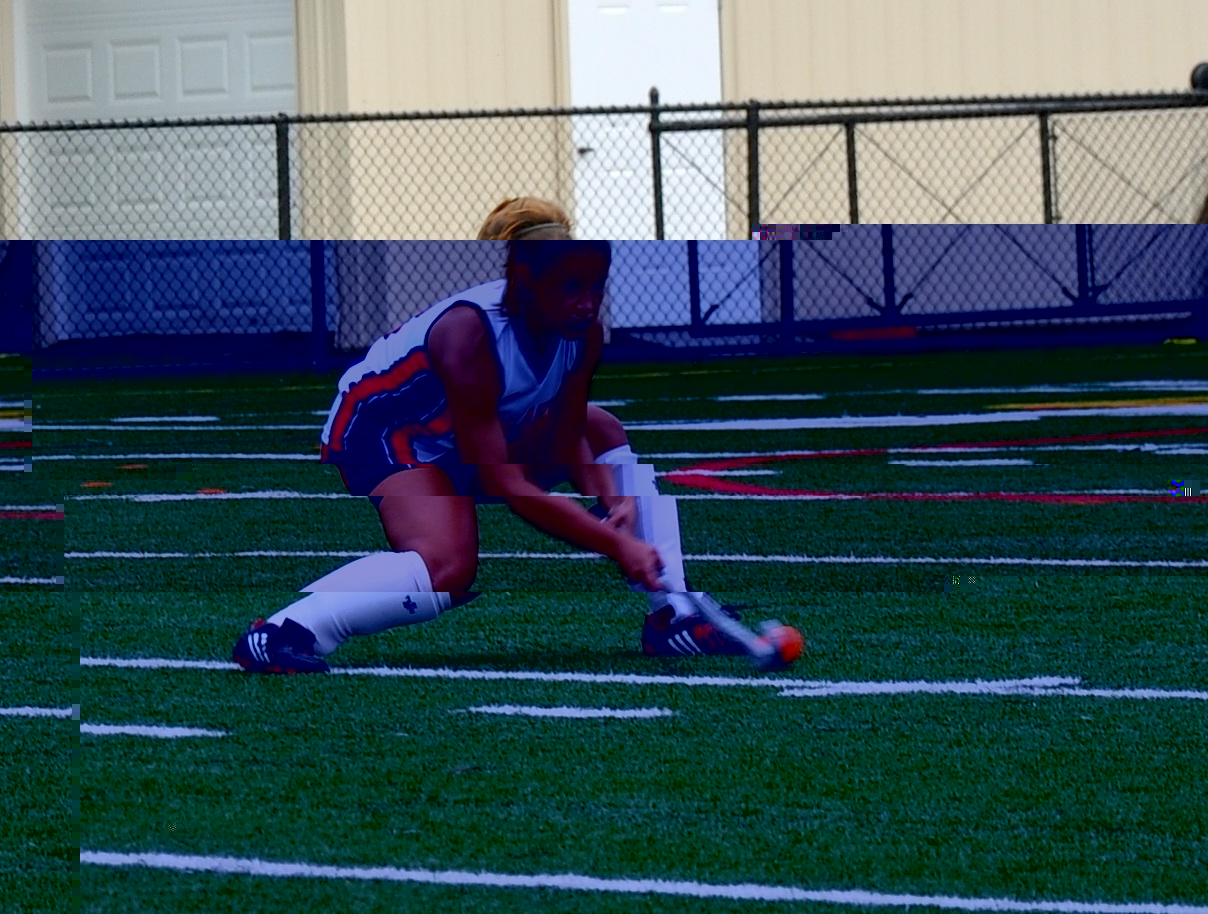 Magruder proved to be such an aggressive opponent that almost every player walked away with some type of injury, according to Denny. "Everyone has bumps and bruises for that game," she said. Henkai, however, does not imagine the injuries will prove to be anything too serious. "Our team is holding up and we have a few days to ice and get prepared for our next game against Blake," Henkai said.

Magruder coach Kathleen Mulholland complimented Blair's speed and intelligence on the field, but she believes her team played a strong game second half, scoring their last two goals. "We tried to pass a little sooner to get a more offensive game," Mulholland said. She was also frustrated with the umpires' calls, but tries to tell her players not to say anything. Mulholland explained that her player who received the green card is "usually a quiet player," so she immediately took the player out afterwards to give her time to calm down.

After this win, Magruder is number one in the division while Blair sits at number two, but as the season advances both teams will look for a shot to win first place overall in the division. Mulholland hopes to build momentum from this game for their next opponent, Sherwood. The Blazers also face two more divisional games against Blake and Springbrook. "We are prepared and preparing to play them," Denny said. "We're looking forward for the next game."

Girls' varsity field hockey will play their next home game Saturday, Sept. 9 against Springbrook at 3:30 p.m.