Coming back to bite

Everyone has moments of their lives that they are not proud of. For Republican presidential candidate Mitt Romney, some of those moments are coming back to haunt him on the campaign trail.

In recent weeks, several of Romney's high school classmates have brought to the attention of the media troubling incidents from Romney's life as a high school student at an elite boarding school. According to at least four of his classmates, Romney was extremely active in the student body. He was manager of the hockey team, led cheers at sporting events and was in 11 student organizations. 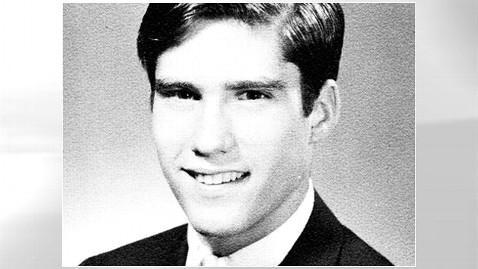 Photo: In high school, Mitt Romney was known for his pranks.

Photo: In high school, Mitt Romney was known for his pranks.

But, as it has come out recently, Romney also had another side in high school - a prankster who sometimes went too far. The most disturbing of these was the time that Romney supposedly led a group of friends in holding down a student who they believed was gay and cutting off his dyed hair. Since that story has come out, Romney has said that he does not recall the incident specifically, although he did admit to pulling many pranks in high school.

Although no one is the same person at 65 as they were at 17, this incident goes above and beyond the territory of lighthearted fun pranks and into the realm of things that should make voters stop and think about what traits they want in a future leader of their country and decide whether Romney fits those standards.

Presidential candidates are always in the spotlight, so Romney should have expected investigations of his high school life at some point. But when he was confronted about the incident, he at first said that he had no recollection of these events. Then he said that he remembered pulling pranks but not that specific one. Four of Romney's classmates have given accounts of the incident and it seems probable that it did happen, so either Romney really did forget about the incident, or he is lying. In either case, there are worrisome aspects.

If Romney had acknowledged that he did indeed pull that prank and offered an apology, the incident would be less troubling. It seems like it is a prank that would be hard to forget, unless he pulled pranks like these often. The way that he handled his response, however, was inappropriate. Neglecting to recognize that the event happened makes people lose trust in him as a person, which can only have negative effects on the campaign. One of the most important characteristics of a presidential candidate is trustworthiness, which means that a candidate should be honest about their past endeavors.

At this point, it is uncertain how much impact the events will have on Romney's success. Maybe people will brush it off as a childish part of Romney's past, or maybe people will judge him for his character. The Romney campaign has tried to use the incidents to make Romney seem more "human," but forcibly cutting off someone's hair does not make him seem more human; rather, it makes him seem intolerant.

It would be reassuring to think that things that we have done wrong in the past can be forgotten, but the Romney incident shows that every action can come back to bite. Romney should have admitted that it happened, apologized and moved on instead of failing to recognize the incident and losing the trust of voters.