The Blair boys' lacrosse team (1-2) dominated the game and pulled out a victory over the Gaithersburg Trojans (0-3) in the third game of the season with a score of 6-1. Throughout the game, Blair looked and played like a much more coherent team, working together on offense to score more effectively. 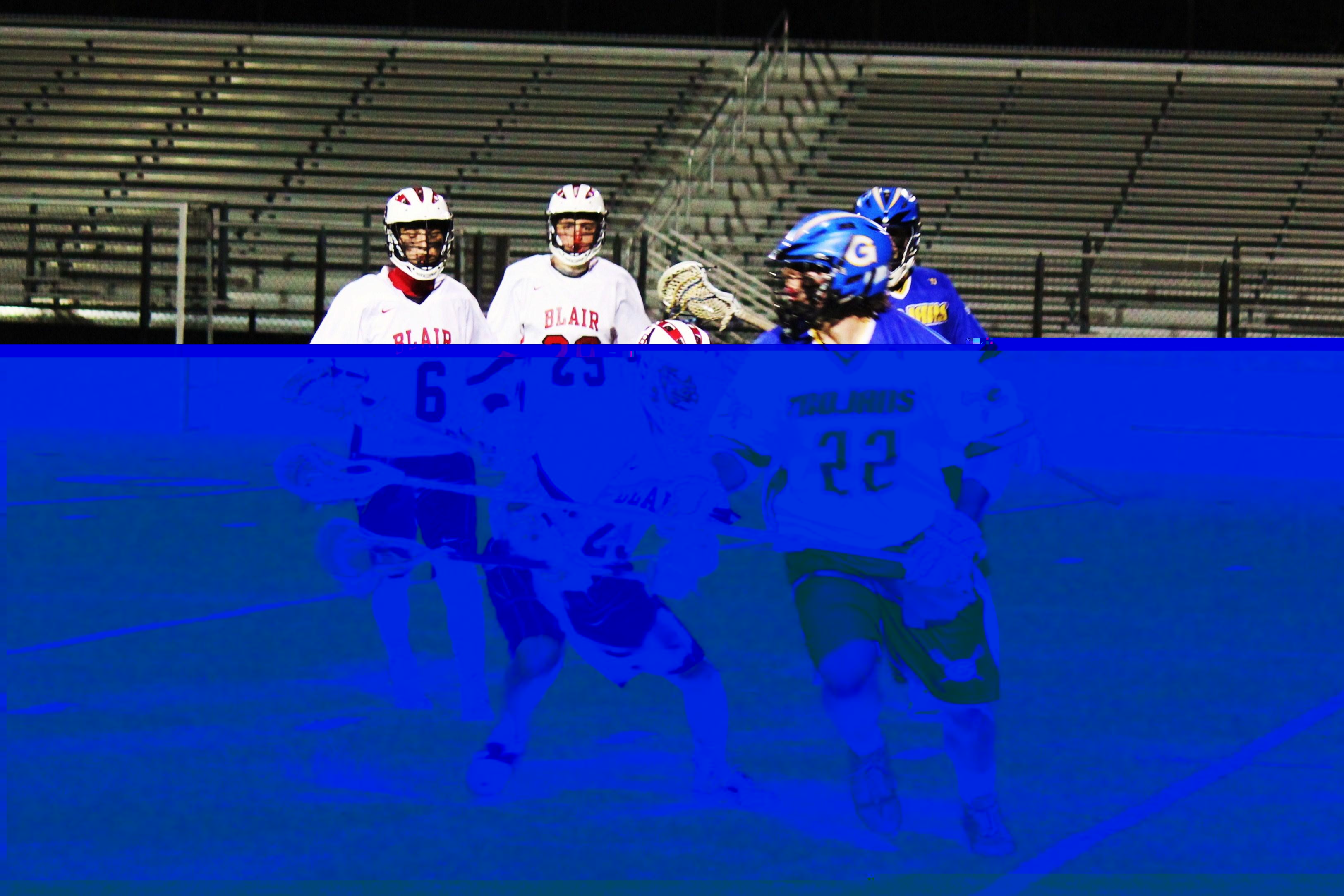 Just four minutes into the game junior Nate Goodin scored from far out in the field. Blair was ahead by one for 13 minutes until a slew of goals helped them reach their final score of 6-1. One of the most impressive feats of the game was junior Tommy Harrelson's hat trick. Harrelson credits this offensive tenacity to execution of the basics. "I think today all of our fundamentals were better than they have been in the first games, and that just helped us out a lot," Harrelson said.

Throughout the entire game, the Blazers played intense offense as well as being more passing-oriented and working together as a unit to get past the Trojans. "This game has definitely showed us settling in and coming together as a team," senior Joshua Blockstein said. "We have to remember that we're not individuals, lacrosse is a team sport, which we sometimes don't."

The game was an intense match-up, with a huge amount of penalties thrown at both Blair and Gaithersburg players. Blair senior Rolando Alvarenga was given a three minute penalty for one of his stick checks on a Gaithersburg player after he himself had been hit. Junior Daniel Napack, Alvarenga and senior Claude Richardson delivered solid hits throughout the game on defense, denying Gaithersburg the opportunity to act as too much of an offensive threat.

After suffering two rough losses at the very beginning of the season, this young Blazer team pulled it together and played much more aggressively and powerfully than they had before. "We've played like this in practice before, but against B-CC and RM I just didn't see the same level of cohesive play that I saw today," coach Christopher Brown said.

The Blazers aren't completely done with their improvements though. According to Brown, the hopes to continue growing as the season continues to progress. "We have to work on our offense, with our finesse and quickness in particular, "Brown said. "However, this is the first time this season I've seen us play as a team in the game, which should show some good things to come."

The boys' varsity lacrosse team will play their next home game against Paint Branch on Apr. 11.