The site for the new Silver Spring Library has been undergoing construction throughout September, although interior design plans and the current budget proposal for the library are under revision. Previously allocated funds fell $3 million short. 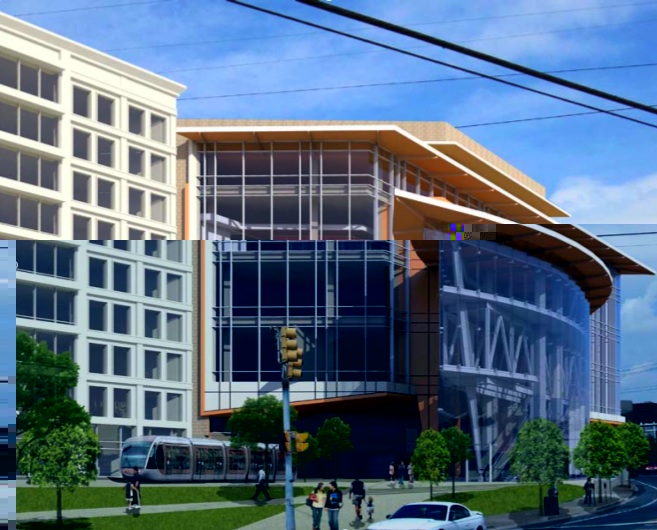 Photo: A digitalized composite of the completed library exterior from the corner of Bonifant and Fenton.

Photo: A digitalized composite of the completed library exterior from the corner of Bonifant and Fenton. Photo courtesy of MCPL .

The Montgomery County Council decided to cap spending on the library's construction after administering supplemental funds of roughly $32 million to encompass the library's conceptual design and building costs. But based on the current exterior designs, costs run an estimated $3 million over budget.

According to county project manager Susanne Churchill, planners are currently trying to make changes to accommodate for the finances. "We're using a variety of strategies to get the project on budget and identifying non-essentials that can be deleted from the building design," she said. Churchill noted that new potential building features have also affected costs. "The raised costs are also a result of the escalator or elevator that Silver Spring residents are pushing to have within the building," she said.

On Aug. 30, Montgomery County executives and community leaders gathered for the groundbreaking ceremony. Two construction packages were originally issued; the library is currently working on the first, which concerns relocating on-site utilities, according to Churchill." Once the groundwork has been completed, the project will pick up speed and we can go into more design detail for the library's interior. Right now, we're working on cutting costs," she said.

The multi-purpose building is expected to be complete by 2014 and should serve as an extension of sorts for the neighboring civic center. According to architectural and design plans, the new library will be split into seven floors. The ground level will serve as a lobby, art gallery and coffee bar, while the second floor will include Art Center classrooms. The next three levels will hold books, with each floor dedicated to a different age group – young adult, adult and children. The two upper floors will be county offices and public meeting rooms for library programs. Additionally, the ground level will be built alongside a platform for the local Purple Line metro rail in order to make the library more compatible with the developing downtown area. 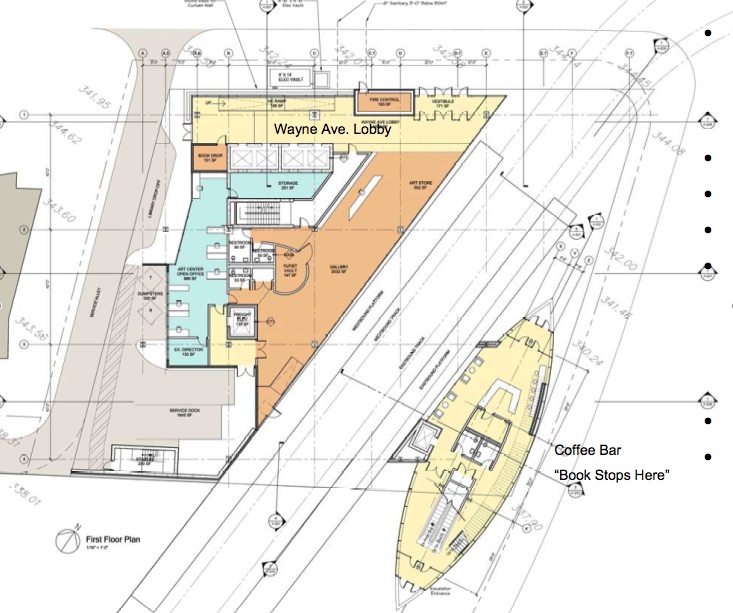 The library also applied for a Leadership in Energy and Environmental Design (LEED) silver rating. This rating certifies the building has a practical, green design that conserves energy and reduces environmental impact.

Project leaders, officials from the Montgomery County Government Department of General Services as well as library advocates have worked hand-in-hand to ensure the building will satisfy the needs of the Silver Spring community. Four charrettes, or public meetings, have also provided civilians with a forum to express any reactions and concerns. "Silver Spring is a vocal community," Churchill said. "It's unusual to see such involvement in local building projects, but residents have certainly had a big impact on what the building is and how it will function."

Initial plans for the new Silver Spring Library spanned more than 10 years. In 1998, Facilities Work Group of the Revitalization Steering Committee voted on and approved the initial request for a new public library. Over the next two years, the Montgomery County Council examined over a dozen possible construction sites before deciding on a lot just a few blocks away from where the current library stands. By 2009, the council acquired the seven properties that composed the lot from the original owners, and the Lukmire Partnership finalized architectural plans for the building. Updated public information about the project's status can be found at the Montgomery County Public Library (MCPL) website .

Though the library's design plans are still under work, Churchill expressed confidence in the future of the building. "Anticipating the kind of technology and improvements that need to be made for the interior is a challenge," she said. "But the architect has designed a fairly dramatic, effective building this community can be proud of."