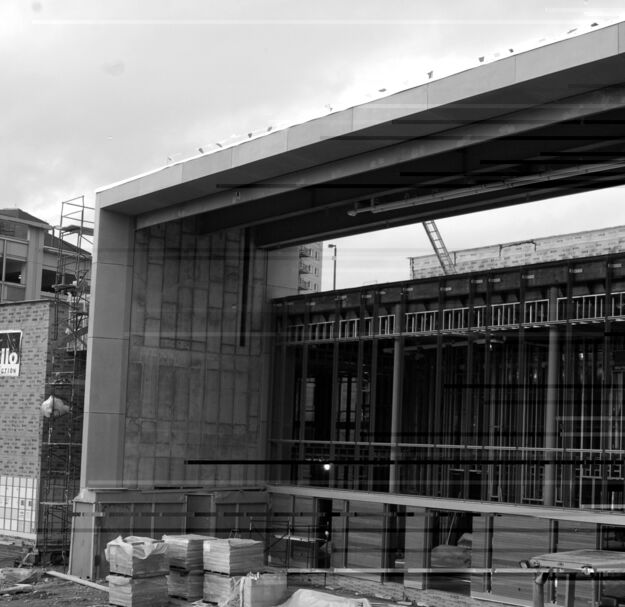 Photo:
Construction of the new Silver Spring Civic Building, which has replaced the Astroturf in Downtown Silver Spring, is well under way. According to Ernest Lunsford, chief of the Montgomery County Building Design and Construction Division, the civic building is on schedule to be completed by July 2010. At this point, says Don Scheuerman, chief of project management in the Building Design and Construction Division, the exterior "skin" is being applied, and additional work is going into smoothing out the interior walls and adding the wires and piping needed. There were some difficulties in the early stages of the construction that made for a slow start, but the main problem with erecting a building in the middle of downtown, in what is referred to as a "tight site", Lunsford said. "It's not a cornfield out in Kansas," he said. "You have to work around what's there." After the construction is finished, Scheuerman said, the civic building is expected to draw a crowd. "The high school kids liked the turf," he said. "But once we get the plaza and ice rink and all that available, it'll be that place that people want to go and hang out."

The county parks department plans to make another addition to the Silver Spring area: a skate park. The construction schedule has yet to be determined, but the new attraction in Woodside Urban Park is expected to draw the teenage crowd. Although Woodside Park is just outside of the Community of Planning and Development's jurisdiction, it should serve the same set of customers, specifically the local teenagers, Glen Kreger, the planning team leader for Silver Spring and Takoma Park said.

Three out of five contracts for Intercounty Connector (ICC) are already underway, according to Transportation Planner Jose Dory. The purpose of the ICC is to provide a link between eastern Montgomery County and northwestern Prince George's County, Dory said. The first contract, Contract A, is on track to be completed by fall of 2010 and will be about seven miles long, stretching from near the Shady Grove Metro Station to Georgia Avenue. Continuing from Contract A, the second contract, Contract B, will extend from Georgia to Route I29, and will be completed in late 2011. The last contract, Contract C, is the shortest of the three at 3.7 miles, continuing from I29 across the Montgomery/Prince George's County line to connect with PG County's side of the I95. According to Dory, construction has been running as smoothly as construction can run, with no major setbacks. 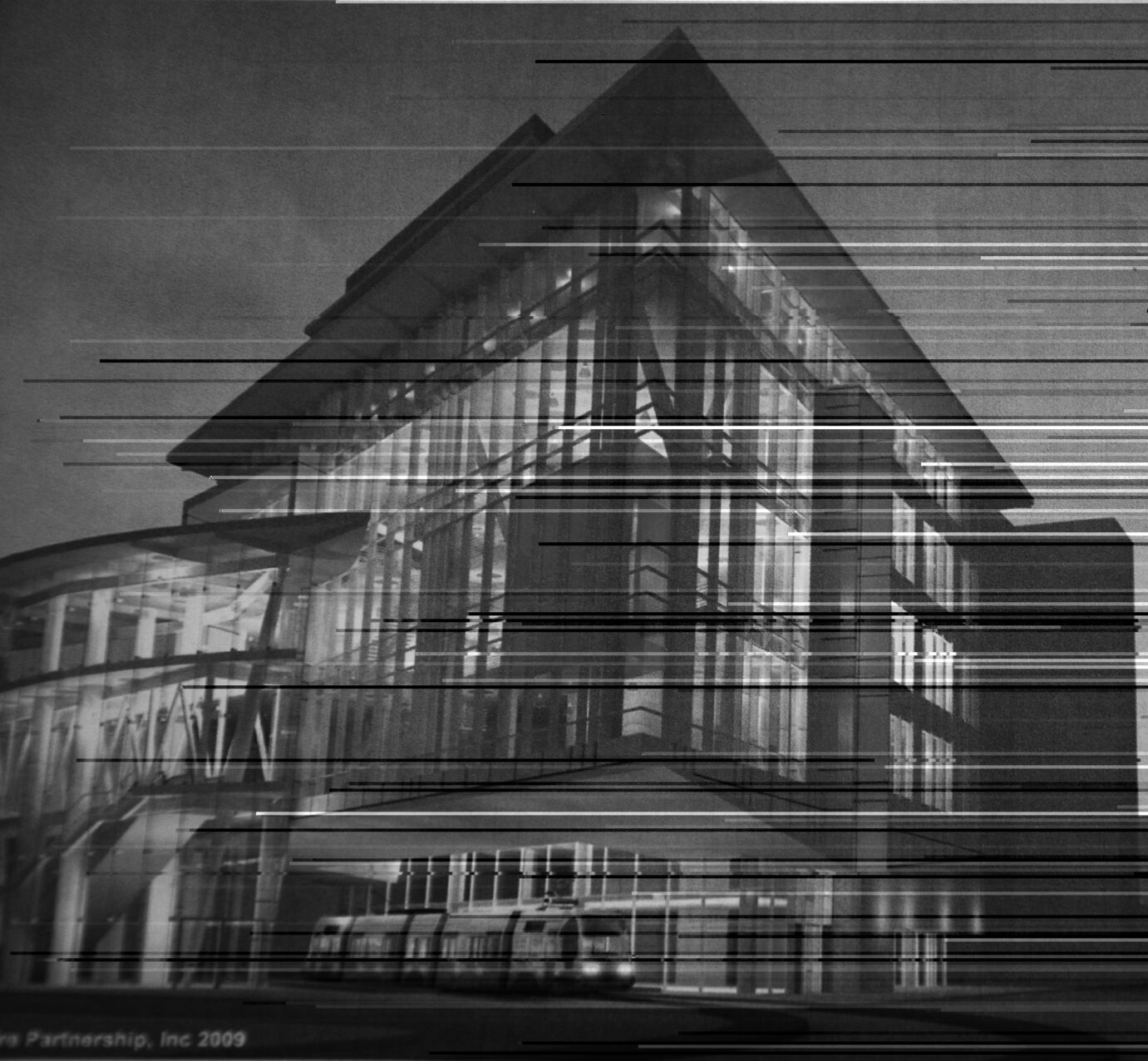 Photo:
The new Silver Spring Library is expected to be a big improvement from the current library, according to Ernest Lunsford. The new facility will be approximately 100,000 square feet total, dramatically increasing the space available, Lunsford said. The county hopes to break ground around July 2010 for the construction of the building and foundation, as well as utilities, Don Scheuerman said. "It'll probably take around 26-30 months to construct this fairly complex little building," he said. Out of the 100,000 square foot facility, the new library will take up approximately 63,000 square feet, with 20,000 square feet set aside for arts use, about 15,000 square feet will be used for county office space, and another three or four thousand square feet of rooms for the community's use. "The current Silver Spring Library is one of the smallest libraries in the area," Rita Gale, the public services administrator for the Silver Spring Libray said. "The community indicated that because of the growth in Silver Spring, a new facility was warranted." An added bonus for the new facility, Lunsford said, is that it will be a stop on the upcoming Purple Line on the Metro.