Threads of cotton candy expelled from a machine twirl in the breeze. A volunteer frantically coils the sugary treat around a paper cone as more than a dozen patrons wait excitedly for their turn, tickets in hand. Standing only feet away from the machine, a child sports a bright blue grin after finishing his sweet delight. This child's smile was one of many at this year's annual Blair carnival, where fun activities and beautiful weather combined in perfect harmony to provide a blissful evening. 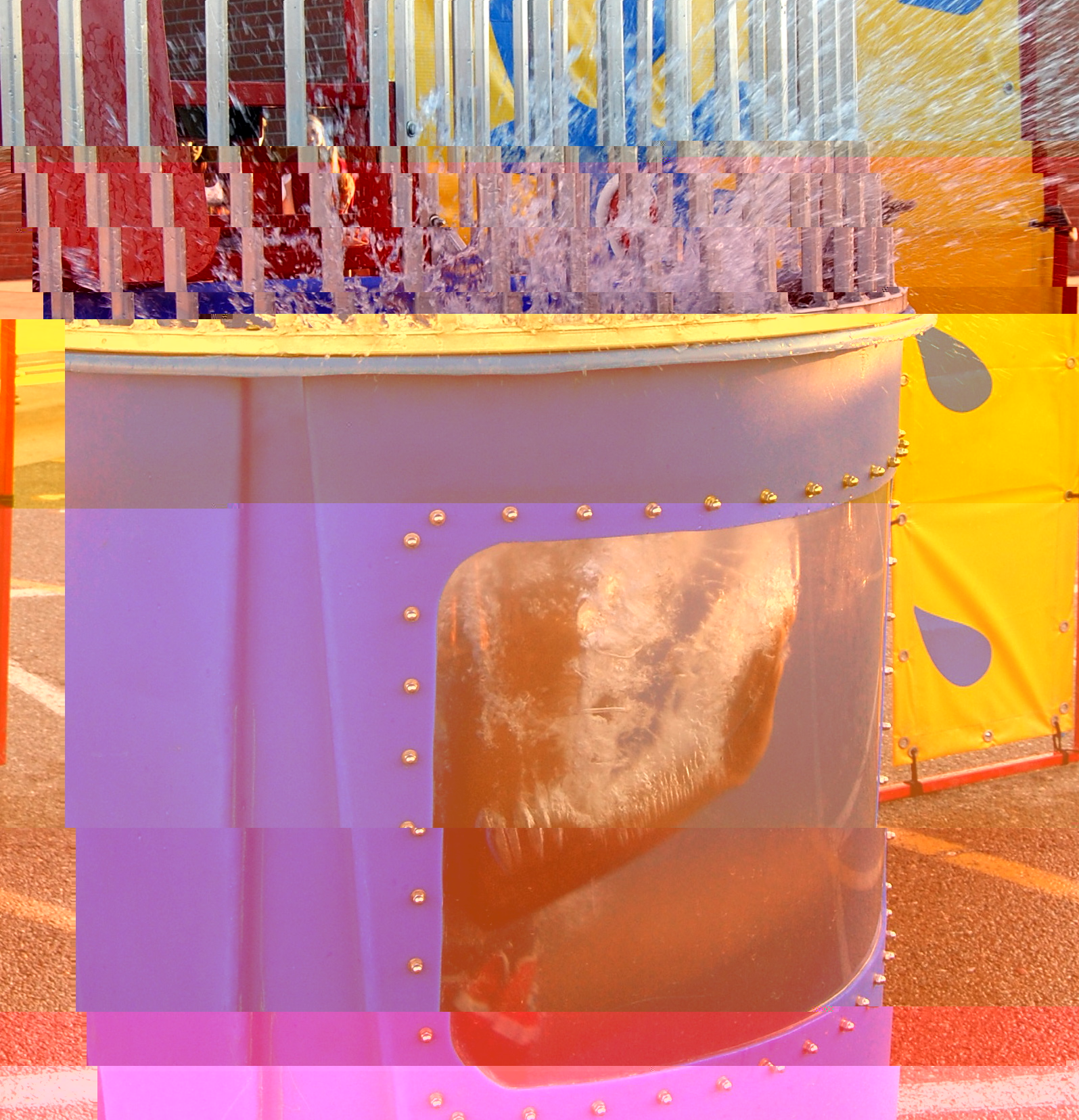 Photo: One of the many activities at Friday night's Blair Fair was the dunk tank.

Photo: One of the many activities at Friday night's Blair Fair was the dunk tank.

The Student Government Association (SGA) held the carnival in the school bus parking lot after school on Friday, April 17. Students, staff and families from around the community attended the event, which featured live performances, snow cones and a moon bounce, among other exciting activities. "I think nice weather and great publicity made for an excellent event today," SGA co-sponsor Jennifer Craft said. Ticket sales went to SGA and will help them pay for events such as the free movie night held on Saturday. All food, rides and games could be purchased using tickets. The SGA publicized the event on InfoFlow and sent flyers out to local elementary schools.

Crowds flocked to the various games, which included the ring toss, a basketball shoot-out and others. Hungry attendees could choose from a variety of carnival munchies ranging from snow cones to popcorn. Guests also released some energy on the different blow-up rides. Little ones especially loved getting to jump sky high in the moon bounce, while older kids enjoyed listening to Blair's own hip-hop group, Those Guys, perform a few songs.

The most popular station was the dunk tank, in which brave Blazers dared to subject themselves to a pool of cold water in the name of fun. "I didn't realize how many wanted to dunk me," soaking wet junior Xander Baldwin exclaimed after he climbed out of the tank. The face-painting booth also saw big crowds as amateur artists created masterpieces on the faces of both young and old participants.

The event was one of many being held throughout the school on Friday, which helped contribute to the large crowds, SGA member junior Lauren Krohmer asserted. "We received a large crowd thanks, in part, to the Silent auction and Mr. and Ms. Blazer which were going on at the same time," she said. SGA members, Blair Ambassadors and members of Blair clubs ran almost all of the booths at the carnival.

Even a malfunction in electricity during the carnival did not stop the fun. According to Craft, not all of the blow-up rides could be powered at once due to the large amount of electricity required, so for the beginning of the carnival, some of the rides did not inflate. "We got a generator from the company [that supplied the moon bounce] and it was fine," she explains. "In the end, everyone was patient."

As the carnival came to an end and the moon bounce began to deflate, a tinge of sadness floated in the air alongside the remaining cotton candy wisps. Smiles began to fade as the dunk tank emptied and the face paint was put away. But, lucky for some who stayed until the very end, one last wrap around the cotton candy machine meant a sweet treat to take home and enjoy along with the memories of an exciting carnival.