The Blair varsity football team (2-6) lost to the Blake Bengals (5-3) by a score of 29-0 on Friday night. The game play was nearly as sloppy as the conditions as eight Blazer turnovers led to their defeat on the rainy night. 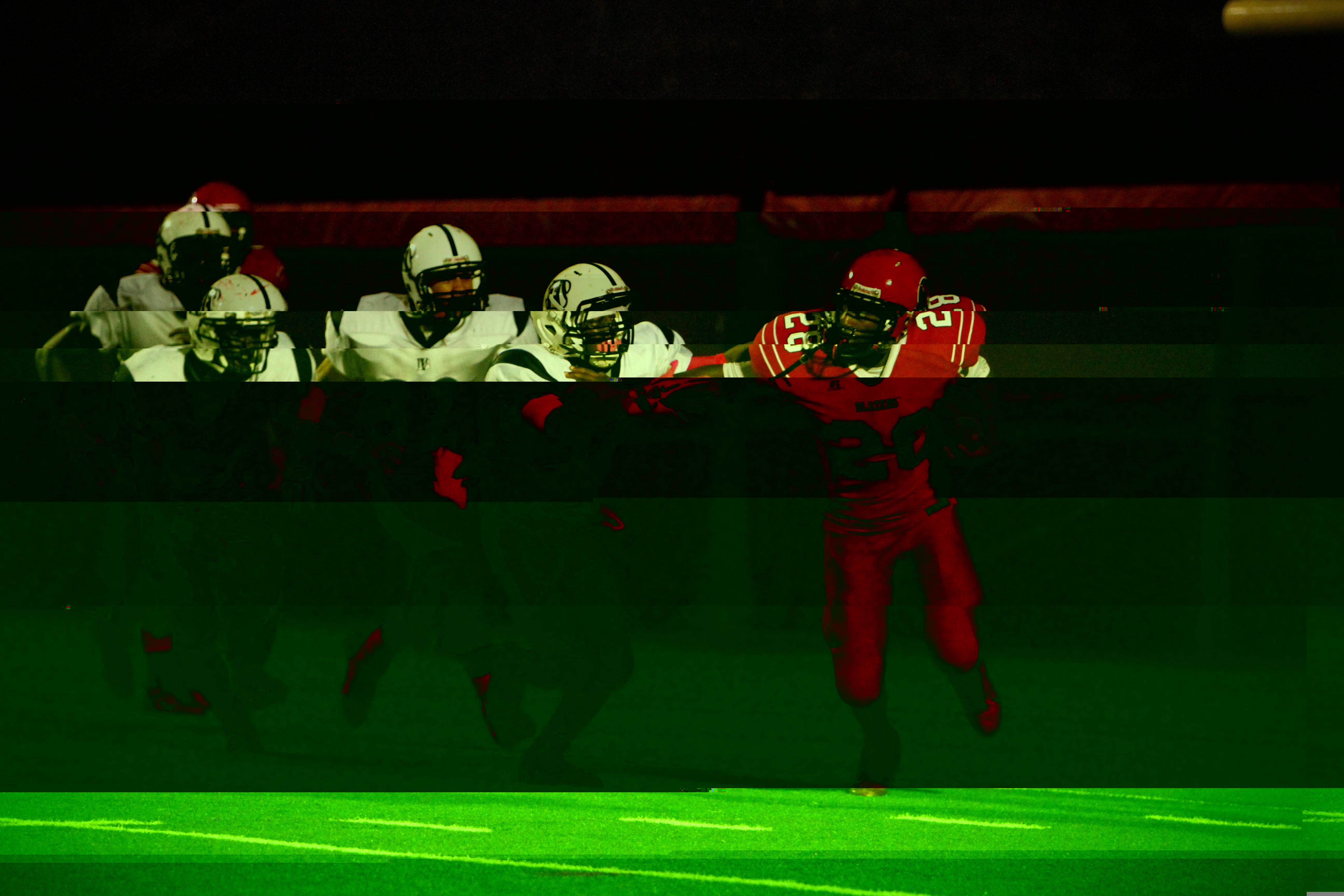 On the opening kickoff with the crowd roaring, senior kicker Joshua Blockstein kicked the ball to Blake's Marquis Robinson who returned it for a touchdown, putting Blake up by seven and silencing the crowd. Blockstein thought the opening play was a momentum killer. "When we gave up that opening kickoff return, we kind of shot ourselves in the foot for the rest of the game," Blockstein said.

Following the Blake touchdown, Blair looked to answer with their first offensive possession of the contest. On their first set of downs however, Blake's Eric Assoua forced and recovered a fumble, which he promptly returned for a touchdown. Three plays into the game, the score was already 14-0.

For the rest of the first half neither team could get anything going on offense. The wet, rainy weather contributed to a few fumbles for both teams and one interception apiece. Neither Blair nor Blake could capitalize, however, on the turnovers. 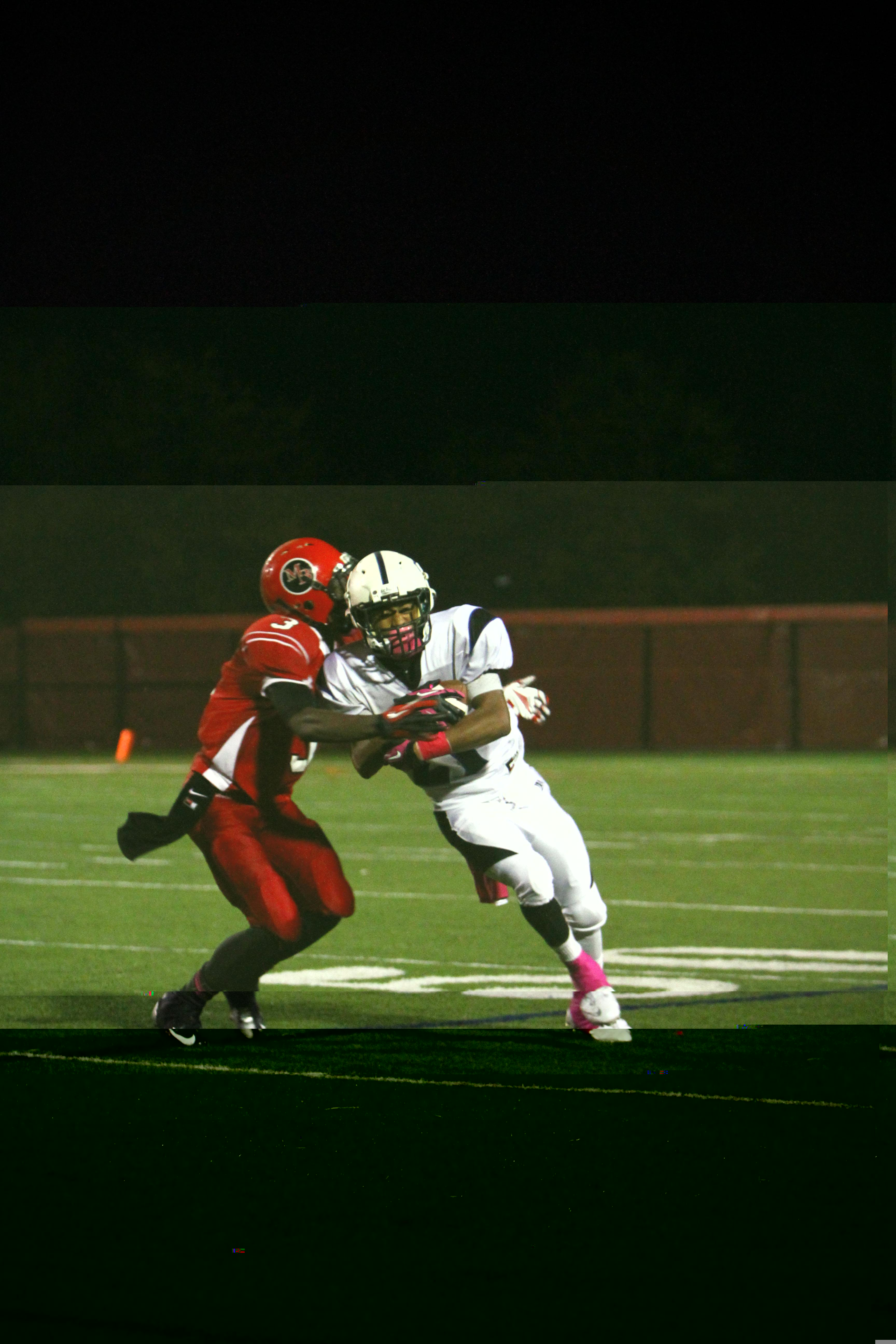 The Blazers' struggles continued throughout the second half. Both of the Blazers' first two possessions of the half led to fumbles recovered by the Bengals. The Blazers' defense has been holding up well and negating the offensive struggles until Blake's quarterback Stefan Sigwalt threw a touchdown to Will Scott with just over two minutes left in the third quarter. The Bengals added to their lead with a successful two-point conversion bringing the score to 22-0.

The Blair offense tried to comeback, but simply could not get anything rolling. They continued to be swamped by the Bengals' defense, losing two more fumbles and being intercepted for a second time. Blair junior quarterback Raymond Burtnick expressed that on offense, it was a matter of way too many costly mistakes. "All of those fumbles, those two picks, we just made too many mistakes and didn't execute," Burtnick explained.

Toward the end of the fourth quarter, the Bengals added another touchdown as Marquis Robinson ran for Blake's fourth score of the game. The score after Robinson's touchdown run and an extra point was 29-0, which would end up remaining as time expired.

Head Coach Jeff Seals did give credit to the defense however, for keeping them in the game. "Our defense played great, they held it down for us, but then we fumbled or turned it over again and again," Seals said.

Junior running back Darren Cumberbatch, who had a solid game on the ground and was one of the only bright spots on offense, said that they needed to execute better as a team in order to win. "It was just execution this game, we need to make less mistakes," Cumberbatch said.

Coach Seals emphasized the importance of focusing on the next game. "We have to forget it, finish strong, and get ready for Paint Branch, our last home game," Seals said.

Blair's next and final home game is against Paint Branch at 6:30 p.m. on Friday, October 26.