Almost everyone has seen or at least heard of the widely admired show "Boy Meets World." It ran from 1993-2000 and re-runs are still being shown today – 12 years later. So when it was announced in early November that Disney Channel is in the early stages of creating a show titled "Girl Meets World," a spinoff from the popular '90s sitcom, plenty of people rejoiced. Although I did love the original series, the fact that Disney Channel is creating it leaves me skeptical whether it will be as entertaining as its predecessor. 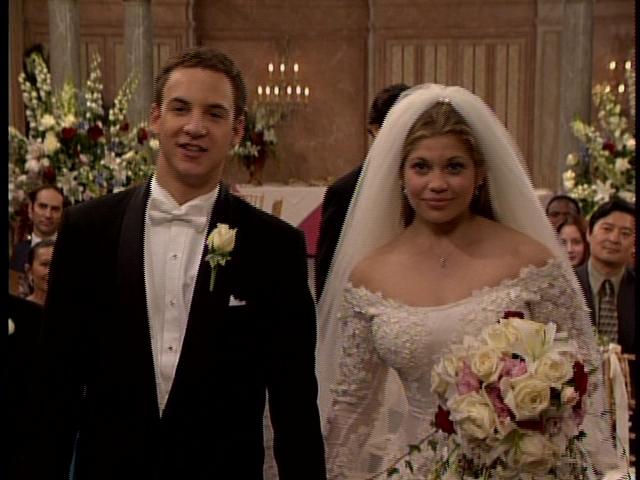 Photo: Cory and Topanga started dating in middle school and got married later on in the show.

Photo: Cory and Topanga started dating in middle school and got married later on in the show. Photo courtesy of fanpop.com.

"Boy Meets World" followed best friends Cory Matthews (Ben Savage) and Shawn Hunter (Rider Strong) from sixth grade until college as they got into various situations involving school, girls and family. Soon into the seven-season hit show Cory and Topanga Lawrence (Danielle Fishel) started dating and their relationship lasted from middle school on until their marriage.

According to TVLine.com, the sequel show starts about a decade after where the previous show left off, and it is centered around Cory and Topanga's 13-year-old daughter, Riley Matthews. According to CBSNews.com, Ben Savage and Danielle Fishel have signed contracts stating that they will definitely be returning to the new show. But EW.com revealed sad news that Rider Strong will not be joining Savage and Fishel in the spinoff show.

Also, if you look at any saga of movies and compare the first to the last, I guarantee that you will find the former much better than the latter. So the fact that most sequels tend to be inferior to their originals leads me to believe that "Girl Meets World" will be the same.

Sadly, if you are looking to extend your "Boy Meets World" frenzy from the past, you may be disappointed with the sequel. Based on the Disney Channel trend and the general pattern involving sequels, I predict the new show will be mediocre. For now all we can do is wait to find out if the spinoff will follow in the footsteps of its ancestor or prove to be yet another dumb, puerile sitcom.