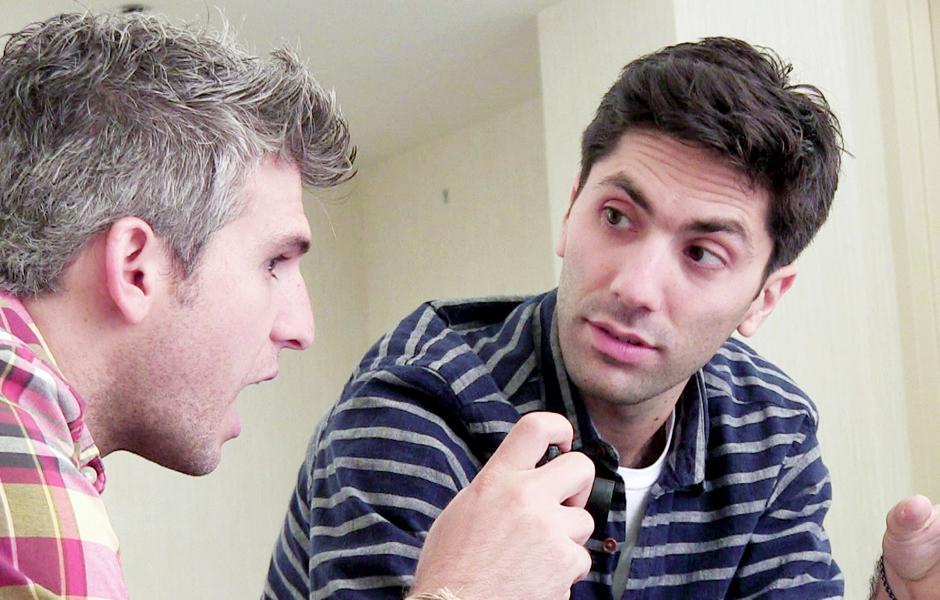 Photo: Host Yaniv "Nev" Schulman and his friend and filmmaker Max Joseph have teamed up with MTV in the hit new show "Catfish: The TV Show."

Photo: Host Yaniv "Nev" Schulman and his friend and filmmaker Max Joseph have teamed up with MTV in the hit new show "Catfish: The TV Show." Photo courtesy of MTV.

Yaniv "Nev" Schulman, host and executive producer, produced "Catfish: The TV Show" based on the 2010 documentary "Catfish." The documentary tells of Nev's online relationship with someone who he later finds out is not the person she had claimed to be. After falling victim to a "catfish," someone who uses fake profiles on social media sites, Nev and Max Joseph, his friend and filmmaker, have chosen to help other online couples meet in real life for the first time.

The most interesting part in each episode is when the couple confronts each other for the first time. In the first episode, "Sunny & Jamison", Sunny Cross's significant other, Jamison King, turns out to be a woman named Chelsea Browning. In their initial meeting, Sunny verbally attacks Chelsea while Chelsea remains unapologetic.

However, what separates this show from being some MTV reality version of "The Jerry Springer Show" is that Nev tries his best to avoid anyone feeling exploited or humiliated with his calm, professional and upbeat persona. After the first confrontation, Nev talks with Chelsea alone to better understand why Chelsea created the profile. She reveals how she was bullied in the past. Nev then reaches out to Chelsea and encourages her to be herself. Nev also encourages both Sunny and Chelsea to reconcile and the two become friends.

Some other unusual episodes are "Tina & Scorpio," Shawnise "Trina" Ford, an exotic dancer from our very own Silver Spring, Md. contacts Nev to meet her seemingly perfect significant other who is also an exotic dancer. Also, the most recent episode, "Kya & Alyx," shows one of the rare instances where an online relationship does in fact last.

Although the majority of the relationships in the show don't last after the couples meet in person, there is a heartwarming aspect to the show. The truly endearing part of the show is not the love that these couple's share, because the initial love usually falls apart, but rather Nev's devotion in trying to make these couples happy.