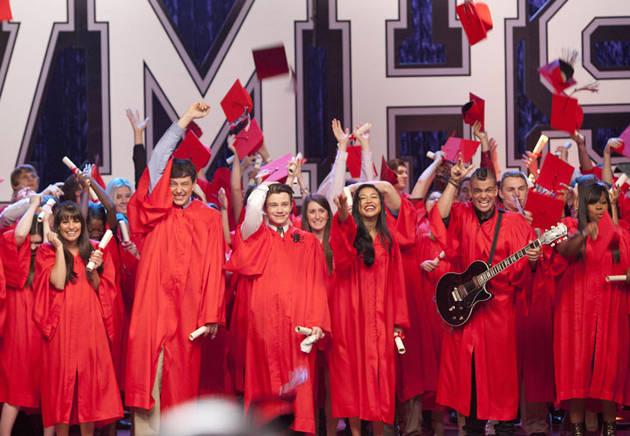 Photo: Many of the original cast members graduated as seniors at the end of last season.

Photo: Many of the original cast members graduated as seniors at the end of last season.

Senior year ended, Rachel moved to New York, Kurt didn't get into college, Finn joined the army, Quinn went to Yale, Puck started a pool-cleaning business, Mercedes went off to make it in the music industry, Mike left to study dance and Santana became a college cheerleader, leaving only six remaining members of the Glee club at McKinley High School.

And that's what you missed on Glee!

When Season 3 of Glee ended last May, more than half of the original cast from the Emmy and Golden Globe-winning television graduated from high school, irreversibly changing the plotline of the groundbreaking show. As Glee returns with Season 4, the show attempts to follow both familiar characters in their post-Lima, Ohio experiences and the new characters back home at McKinley.

While the new Glee has the same impromptu singing, dry humor and relevant plotlines, the new format and characters will not please the original fans. While the new actors Glee added to its Season 4 cast are talented and fun to watch, it seems like the producers are trying to recreate the original cast we fell in love with. 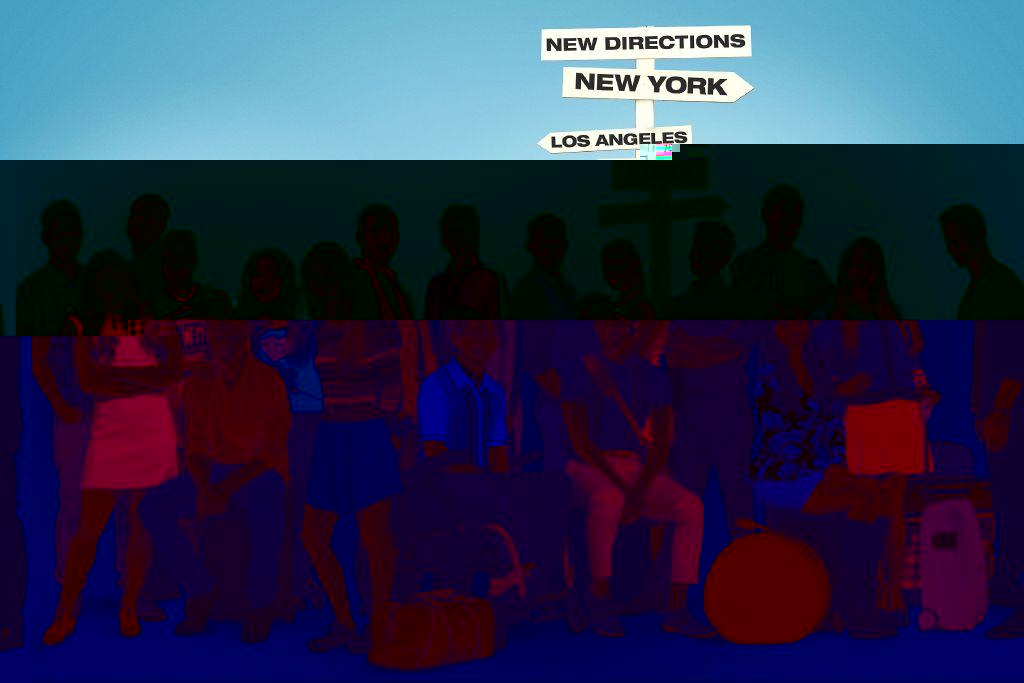 Photo: New actors join the cast as the characters start to split off in new directions.

Photo: New actors join the cast as the characters start to split off in new directions.

In Season 1, part of Glee's appeal was its depiction of the stereotypical high school – the popular cheerleader, her quarterback boyfriend and her minion friends, the sassy black girl, the troubled bully, the gay theater geek and the obnoxious know-it-all. The magic of the show was that Glee club brought all these different personalities together as a family.

With most of the original cast members no longer appearing regularly, the producers seem to have reincarnated each of the stereotypes – there is now a new mean cheerleader, troubled hottie and sassy black kid. The show is also intent on recreating some of the same plot lines, like the one where the cheerleader and the singer fight over the hot, popular boy. If the show wants to be successful again, it will have to make each character unique instead of simply just filling the absence of an old character or storyline.

So far, it seems like most of the original characters will have little presence in the upcoming season. In the cases of Puck and Santana, each has been in only one episode.

The main worry for Gleeks everywhere is that this season, like every other, will become "The Rachel Show." In the past, Glee has revolved around Rachel and her quest to be the star of Glee club. As much as the producers try to incorporate the other characters and storylines, Rachel always seems to get more solos, more plotlines and more time in the spotlight.

As the season moves on, ignoring most of the graduated seniors, it hangs on to Rachel. The story is split between McKinley and Rachel's dreams in New York, giving up on following many other characters. The change in setting is fresh and allows for a new host of storylines that expand beyond the walls of high school and the now lonely Glee club. However, fans do not want The Rachel Show 2.0 – hopefully, more characters, as we are seeing through the addition of Kurt and Brody, will be added to the spotlight.

Currently, most Gleeks are fuming from the events of the latest episode- "The Break Up." In the episode, the old relationships the super-fans were clinging on to were destroyed. After the first promo for the episode was released, the fans said they would stop watching if these relationships were broken, and there is no doubt that some will stay true to their promises.

However, most hardcore Gleeks are hanging on to the reminders of the old Glee and hope that the same magic that first drew them in to the world of McKinley High will return.