Netflix has recently released the first of their five original series for 2013, "House of Cards", a political drama based in Washington D.C. This show could potentially be the first of many Netflix original series, which would dramatically change the way the company organizes its content and provides it to their customers, and if this show is any indicator, it will be very successful. 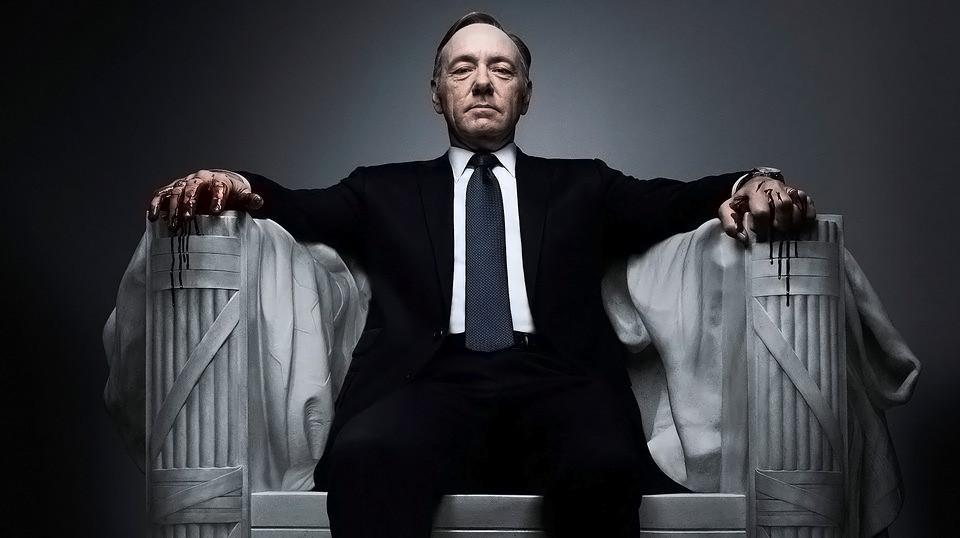 If Netflix continues to produce high quality content that rivals and surpasses that of the traditional cable companies, it could move them into a real position of power with their new format. Rather than broadcasting their shows one episode a week, interspersed with commercials, Netflix released every single episode of the season once. This liberation from the advertisements allows them to take extraordinary liberties in the cutting and presentation of the show. One of the bigger differences from other TV shows that "House of Cards" has is the variable episode length, which frees the writers from typical constraints. The most noticeable difference is that there aren't any artificial cliffhangers so the presentation of the story seems to more smoothly develop, a very different experience than usual.

The impression that "House of Cards" leaves is critical, as it is the very first of their five shows from the studios of Netflix. This impression has been good so far, with the first few episodes. Kevin Spacey stars as a succesful, diabolical congressman from South Carolina who was snubbed by the President-elect and is subsequently attempting to do as much damage as he can.

Netflix currently rents their media from various providers, meaning they are constantly at the mercy of those companies. This has caused them to have problems such as losing content or not even being able to secure exclusivity for these shows. In fact, the company was having such difficulties with differentiating themselves that they paid more than $1 million per episode for exclusivity of "Mad Men" among online streaming providers. Even with the total cost of two seasons over $100 million, if Netflix acquires enough viewers they can sell their content, which would be a stunning role reversal to the company. This could also cause Netflix to assume the role similar to HBO right now, with people signing up just for that series that they can only get there.

This change, as with many other changes in Netflix's history, come from pressure. Specifically pressure from competitors, seeing as Netflix has moved from shipping DVDs to online streaming, to now producing original content. Within theses stages lies the cornerstone of Netflix's progress; with the company becoming more centralized they will become more efficient and eventually move to completely streaming their own content. If "House of Cards" is any representation of the other series Netflix has coming, such as a fourth season of "Arrested Development," then their new plan for content will prove to be successful.