Couch Potato: Jess and the gang return for another "adorkable" season 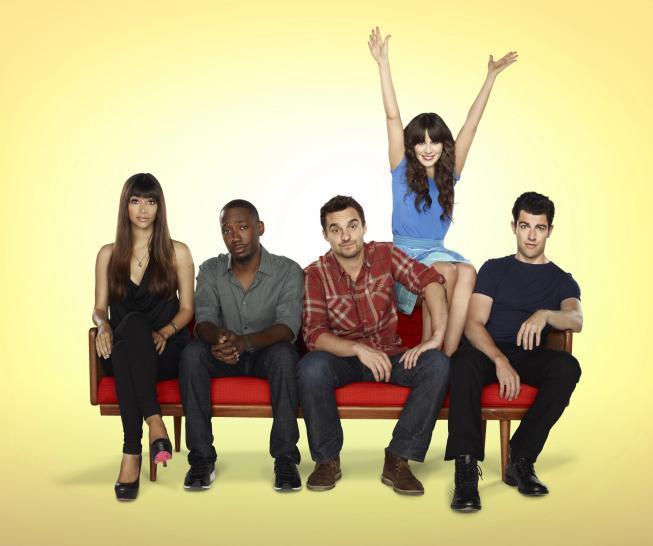 Photo: Everyone from the first season of "New Girl" returns for the second season, along with a few new characters.

Photo: Everyone from the first season of "New Girl" returns for the second season, along with a few new characters.

Everyone can stop recording old episodes of "New Girl" and put an end to watching reruns, because the wait will soon be over: season two of the successful show "New Girl," premieres Tuesday night on FOX at 8 p.m. The show has been rumored to have new characters and new twists thrown in to its plot. Changes will cause great excitement to start off a thrilling second season that will hopefully top its amazing first.

Most of the new shows that have been aired in the past few years have not been very original or entertaining, and they usually end up being cancelled soon after their first broadcast. It's no wonder when a show with good acting, an intriguing plot and funny jokes comes along it gets much positive attention. Viewers enjoy the fact that the characters try to resolve everyday issues that average young, single people may face, such as going through relationships, dealing with jobs and living with roommates.

"New Girl" was first aired on Sept. 20, 2011, and within two weeks it had gotten so popular that FOX requested an additional 11 episodes to be added to its originally 13-episode season. Its second season will be starting the Tuesday night lineup on FOX and will surely make numerous viewers blissful.

For those who have never seen the show, it is about a quirky girl, Jess (Zooey Deschanel) who, after a bad break-up, needs a new place to live. She does an online search that directs her to a loft and the three guys who live there, Nick (Jake Johnson), Schmidt (Max Greenfield) and Winston (Lamorne Morris), and she moves in. Nick is the paranoid, cheap friend who is very jaded a lot of the time. Schmidt is young and outgoing and always looking for a new girl to have fun with. Winston is the easy-going guy who is never really in the center of attention and does not know what to do with his life.

In the loft, the characters tackle new relationships and breakups, sharing living space with others and the major transition between being a college graduate and starting life in the real world. Each episode features a new complication, which is resolved by the end.

The second season will surely pick up from the first season's enticing ending. It left off with Nick rekindling a relationship with his ex-girlfriend, Caroline (Mary Elizabeth Ellis), and temporarily moving out of the loft to live with her. But in the end, as always, order was restored for the group as Nick moved back into the loft.

From the first episode, it was obvious that Jess and Nick would get together at some point. But, it has yet to happen. Originally Nick had just gone through a break-up with his long-term girlfriend, Caroline, and Jess had just gotten out of a rough relationship as well so the scenario seemed perfect. But their apparent romance-to-be was drawn out during the whole first season and I am anxious to finally see their romance begin. However, that may not happen too soon because there have been rumors of a new love interest for Jess this season.

According to a website, Jess falls for a 'bad guy' in the second season, who will be played by David Walton. Walton's character supposedly mistakes her for somebody else, and she chooses to play along and pretend she is that person. Hopefully the fling between Jess and Walton's character will not last long so that Nick and Jess can finally begin their relationship as they were meant to be early on in the first season.

With a plot that made me punctual for each new episode every Tuesday night and characters as idiosyncratic as Jess, the exciting first season offered much to love about the show, along with it exceeding other recent comedies in the humor department. Hopefully the second season will be as good as the first or even surmount it. But for now all we can do is wait until Tuesday night to see what new obstacles are thrown in Jess' way to start off another stellar season.