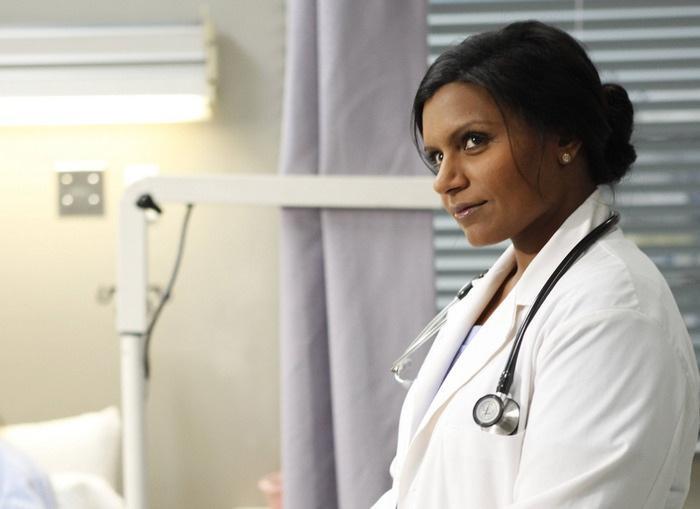 Photo: "The Mindy Project" follows the life of Dr. Mindy Lahiri, an OB/GYN with a messy personal life, as she searches for her happy ending.

Photo: "The Mindy Project" follows the life of Dr. Mindy Lahiri, an OB/GYN with a messy personal life, as she searches for her happy ending. Photo courtesy of FOX.

Even with declining audience numbers, FOX ordered a full season for freshman comedy, the hilarious but lacking "Mindy Project." Luckily for writer/star/co-executive producer Mindy Kaling, the entertaining cast balances out the inconsistent writing and plot holes. The "Mindy Project" follows Dr. Mindy Lahiri, a quirky OB/GYN with a messy private life, and her friends and colleagues.

Kaling's work on "The Office," which involved both writing and portraying the talkative, cheery Kelly Kapoor, prepared her to write and manage a show. Her experience has even contributed to some of the humorous elements of the show, especially the almost-painful embarrassment the characters sometimes face. However, playing her character on "The Office" didn't completely prepare Kaling to be the main star and she still somehow seems too juvenile to pull off her new role.

The show premiere begins with Lahiri making a drunken toast at her ex-boyfriend's wedding and then steering her bicycle into a pool. She is later shown in police custody, where her only responsible, reliable friend Gwen (Anna Camp, of "Pitch Perfect") bails her out. As she goes about her life, which involves patients going into labor and a disastrous blind date, she vows to make changes and achieve her own fairy tale ending.

Of course, the only serious doctor on the show, Danny Castellano (Chris Messina), is there to annoy and disagree with Lahiri every step of the way. One of the strongest points of this new comedy is the ensemble. There's also the cocky British doctor, Jeremy Reed (Ed Weeks), a detached boss (Marc Shulman), the two interns Shauna (Amanda Setton) and Betsy (Zoe Jarman) and the criminal-turned-doctor, Morgan Tookers (Ike Barinholtz) that the crew hires in the second episode.

The main inconsistencies center around Lahiri's love life and the established personalities for the characters. Although the writing is supposed to make her seem lonely and even pitiful at times, Lahiri is confident around the NBA players and the sports attorney she meets in the third episode and seems to have a new potential love interest each episode. The show also lacks regularity in terms of character traits for the supporting cast members. For example, Danny's confidence in the operating room and at their practice is countered by his worries over earning his driver's license at the Department of Motor Vehicles (DMV) in the fourth episode. However, the main plot flaws do sometimes work in the show's favor and add a certain unpredictable element.

And if there's one quality this new show has, it's definitely unpredictability.