January means everyone's favorite—the start of numerous award shows commemorating (or snubbing) beloved movies and TV shows for a series of nights filled with anticipation, celebration and, of course, glamorous attire. The Screen Actors Guild (SAG) Awards are no exception to the fun. The 2013 SAG awards show on Sunday night featured surprises as often as it met expectations, making for a memorable night. 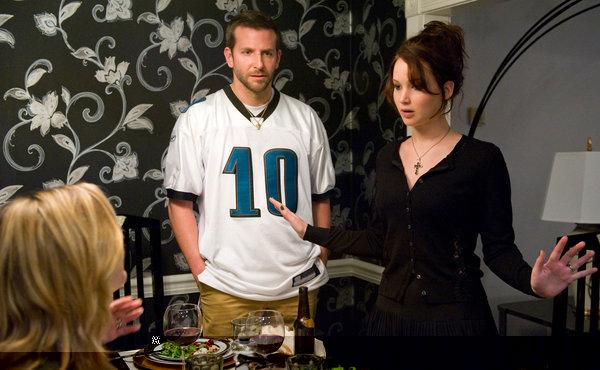 Photo: Jennifer Lawrence winning the Lead Actress award for her performance in "Silver Linings Playbook" was not surprising despite stiff competition from actresses Jessica Chastain and Naomi Watts.

Photo: Jennifer Lawrence winning the Lead Actress award for her performance in "Silver Linings Playbook" was not surprising despite stiff competition from actresses Jessica Chastain and Naomi Watts.

Perhaps most surprising was "Argo" winning Outstanding Performance by a Cast in a Motion Picture, arguably the night's most prestigious award. The Academy had denied the film a Best Director Oscar nomination two weeks ago, seemingly halting the film's award-winning success. However, the SAG win just after its recent Golden Globe success shows that the thriller based on the 1979 Iran hostage crisis is nothing to doubt.

Another highlight of the night for movies was Jennifer Lawrence's win for Outstanding Performance by a Lead Actress for "Silver Linings Playbook." Although unsurprising due to Lawrence's critically-acclaimed performance, the win still marks a rarity—when award shows favor romantic comedies over dramas in such a major category.

Other movie wins included Anne Hathaway for Supporting Actress in "Les Miserables." This was completely expected for anyone watching her acclaimed rendition of "I Dreamed a Dream," although Maggie Smith offered stiff competition with her strong performance in the British success "The Best Exotic Marigold Hotel." For the men's categories, the 2013 Awards favored "Lincoln" stars. Tommy Lee Jones took home a well-deserved award for Supporting Actor and Daniel Day-Lewis beat Hugh Jackman and Bradley Cooper for Lead Actor.

The SAG Awards offered additional surprises in its TV ensemble categories. For Outstanding Performance by an Ensemble in a Comedy Series, "Modern Family" won. This stumped many who believed that "30 Rock" would come out ahead as the beloved comedy is in its final season. But fret not, "30 Rock" supporters, because long-time SAG Award favorites Alec Baldwin and Tina Fey once again snagged the awards for Male and Female Actor in a Comedy Series. 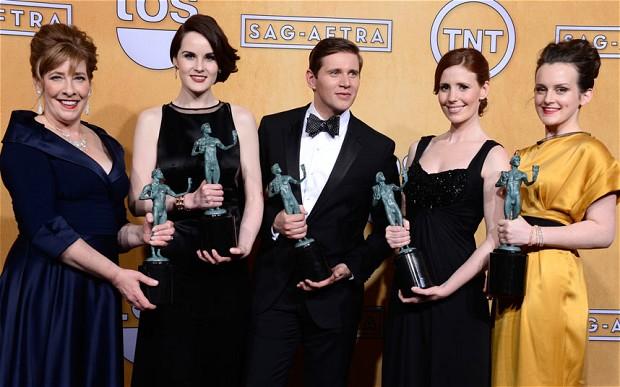 Photo: The cast of "Downton Abbey" took home the SAG award for Outstanding Performance by an Ensemble in a Drama Series.

Photo: The cast of "Downton Abbey" took home the SAG award for Outstanding Performance by an Ensemble in a Drama Series.

Being filled with as many unexpected as expected wins made the 2013 SAG Awards certainly an entertaining watch, even if your favorite actor or actress didn't win. For more award show excitement, make sure to tune in to the Academy Awards ceremony on Feb. 24.