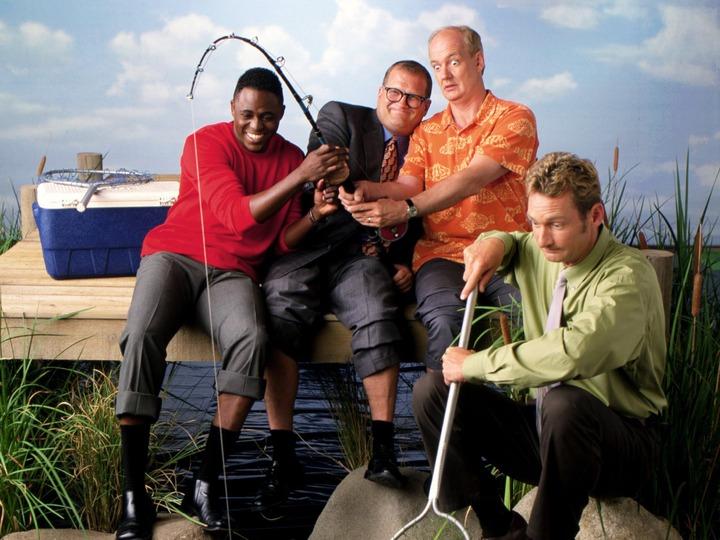 "Whose Line Is It Anway?"

Photo: "Whose Line Is It Anyway?" will return to the CW after an eight-year gap.

Photo: "Whose Line Is It Anyway?" will return to the CW after an eight-year gap.

Over the summer, Netflix announced that it would be reviving the cult favorite, "Arrested Development," which ended its three-season run in 2006, for a fourth season to be aired exclusively on Netflix. For the second time this year, an acclaimed comedy will be returning to our living rooms. The improv show "Whose Line Is It Anyway?" which ran from 1998-2004 on ABC and 2005-07 on ABC Family, was recently picked up again, this time by the CW network. The show is set to come back to the air during the summer, though no official dates have been announced.

For those unfamiliar with the show, it was an improvisational program complete with a live audience and musical backup. Thankfully, the three main improvisers, Ryan Stiles, Colin Mochrie and Wayne Brady will be returning to the show. Aisha Tyler, current host of "The Talk," will replace the original host, Drew Carey, which is neither good nor bad since Carey was pretty forgettable. The other three cast members, however, are essential.

In the eyes of my nine-year-old self, there was no one funnier on TV than the cast of "Whose Line." I was always in complete awe at how they came up with everything on the spot and even doubted that it was all improvised (which it is). If the cast brings even half of the talent they did the last time around, the show is sure to be a hit. (Actually I take that back, it would probably do terrible ratings-wise because when has comedic talent ever induced high ratings?). Plus, we haven't seen much of Stiles, Mochrie and Brady in years, except in the occasional commercial or as host of a bad lip-syncing game show.

It's too early to tell whether or not the show will be as good as it once was, it being eight years later and all, but my hopes are high. It might be a different network and different host, but it's (presumably) the same talent.

And if "Whose Line" doesn't work out, we'd better pray to the television-revival gods that "Arrested Development" does.