For the last 10 years, American Idol has dominated television-singing competitions in the U.S. However, in 2011 the pressure rose from "The Voice" and the "X Factor," two shows that are adapted from overseas variants. While these shows do offer a slightly different outlook on the idea of a singing competition, they are now competing for viewership in the fall season. 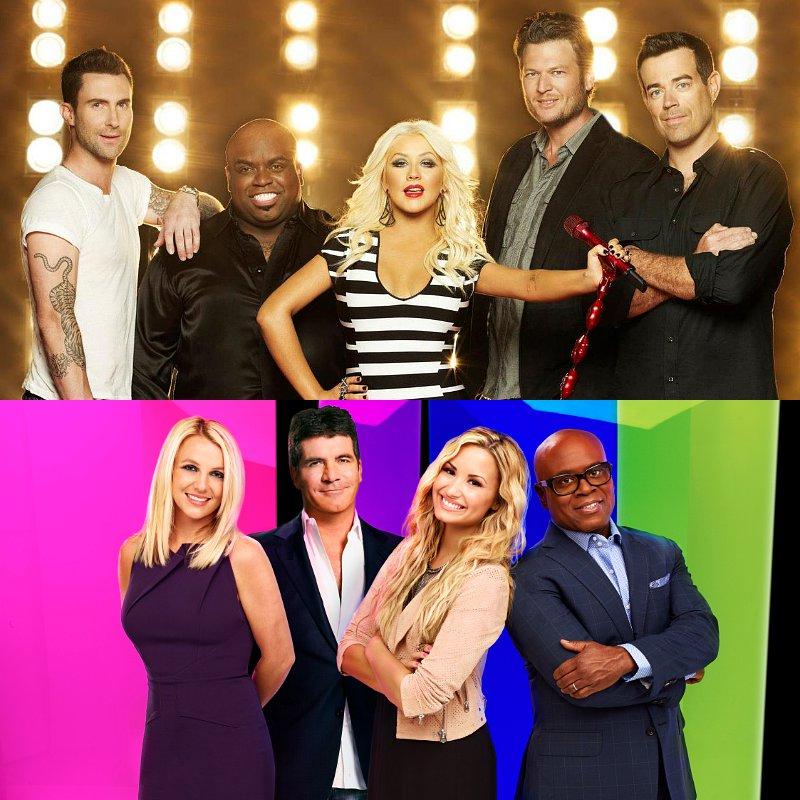 The Voice v. The X Factor

Photo: The two judging panels of The Voice and The X Factor go head to head on NBC and Fox, respectively.

Photo: The two judging panels of The Voice and The X Factor go head to head on NBC and Fox, respectively.

"The Voice" has a much more unusual format from both "Idol" and "The X Factor," in that each one of the four judges choose 12 singers to coach through the show, and each week they will pit two of them against each other singing the same song. This makes the show much more interesting and competitive, as rivalries can appear quicker. "The Voice" has seen huge success after it was brought to the U.S, and with the new season, it has switched from beginning in the spring to the fall.

While the switch saved "The Voice" from being muffled by the huge power of American Idol, it now contends with "The X Factor," which is entering its second season. "The Voice" is obviously quite aware of this and even extended its premiere from two to three days so that it would interfere with the beginning of "The X Factor's" premiere. "The Voice" has the power to do this, and it will continue to set its sights on "The X Factor," which may not be able to keep up, as it is a more traditional competition. There are four judges, yet the show has not even decided on a host, even though the season has already begun. Simon Cowell, the creator of the show and one of the judges, said that he is thinking about getting Khloe Kardashian to be one half of the show's hosting team. However, the show is extremely similar to American Idol, so much so that Idol creator Simon Fuller sued Simon Cowell and "The X Factor" over the similarities, which has huge potential to damage their viewership because of the lack of variety.

Both "The Voice" and "The X Factor" have both emerged at a similar time and have shown that they are definitely competing with each other. Both shows have celebrity personalities, such as Britney Spears and Christina Aguilera, which add name value, as well as their experience in the music industry. However, "The Voice" wins based on viewer numbers, which comes in around two million over "The X Factor." Coincidentally, "The X Factor" also lost four million viewers from the first to second season premiere since last year, down to around eight million. This loss represents how the competition of "The Voice" has definitely begun to cut into the success of "The X Factor," and will continue to do so as the season goes on.

"The Voice" offers a new format that is much more exciting, and this will let it triumph over the slightly stagnant "The X Factor." While some may see the season change of "The Voice" to the fall as it failing to compete with American Idol, it was an extremely smart move allowing it to dominate the Fall timeframe. There are now two distinct singing shows that can successfully coexist, yet "The X Factor" doesn't seem to fit into this equation.