County Councilmember Donald (Don) Praisner died on Jan. 30 after undergoing surgery to combat colon cancer at age 76. He joined the County Council on May 13, 2008 after winning a special election to fill his late wife Marilyn Praisner's seat representing District 4. 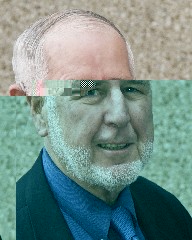 Praisner, a Blair and Montgomery College graduate, was an advocate for children and the mentally disabled during his life. He was an avid supporter of CHI Inc., an organization that helps individuals with disabilities and had served as its president and board member. In addition, he had served on the Board of Directors of First Tee of Montgomery County, an organization that teaches golf to underprivileged children.

In a statement released by his office, County Executive Isiah Leggett said, "We are a richer Montgomery County because Don Praisner lived and this is a great loss to the County he loved. We will miss his leadership and his activism." In a press release from the County government, County Council President Phil Andrews said, "We will all miss him and his clear voice on important issues."

Although he served on the Council for less than eight months, he was a quick learner and made his opinion known when it mattered, according to his Chief of Staff, Joy Nurmi. "When he came here, he was in the learning mode but he was really able to grasp at the kernels of important issues," she said. "He was a man of few words, but he said much in those few words."

In a letter written before his surgery, Don Praisner urged that should he die, Montgomery County appoint a successor to complete his term, which will expire in 2010, instead of holding a special election that is estimated to cost $1.3 million. "As we witness an unprecedented financial crisis unfold on Wall Street and as we live with the consequences of that crisis right here in our own backyard, I am concerned that the County and District 4 residents face the prospect of a second special election in less than a year's time," he wrote. However, the County Council has indicated that it will hold special elections to fill his vacant seat, according to Nurmi.

Marilyn Praisner had served on the County Council for 17 years before passing away on Feb. 1, 2008, due to complications from heart surgery. Don Praisner decided to run for her seat to continue her legacy, according to Legislative Analyst Jean Arthur. "He wanted to complete his wife's missions. She had dreams, she had goals and he felt that they needed to be continued and he was a good person to continue to that," she said.

In the special Democratic primary held to fill Marilyn Praisner's seat, Don Praisner won 44 percent of the vote to former Montgomery County Board of Education President Nancy Navarro's 39 percent and secured the Democratic nomination. He then defeated Republican Mark Fennel, 66 percent to 33 percent, in the general election to succeed his late wife.