Counting down the days

Election Day is upon us. In 48 hours, Americans will go to the voting booths and decide who will lead this country for the next four years - one who will inherit a worsening economy, an increasingly polarized nation and many other not-so-great things. Some final thoughts as we all hold our breath...

Alisa's blog: After many, many months of watching McCain campaign, I'm disappointed at how things turned out - and I'm not talking only about McCain trailing Obama in the polls. On March 4, 2008, I was incredibly elated to see C-SPAN proclaim McCain the presumptive Republican nominee. I had been a McCain supporter for awhile, though I do admit I was a Romney supporter during the period when McCain was sinking almost as fast as Britney Spears's career (before she made another comeback with "Womanizer"). But since then, it has been a downhill slope for him. 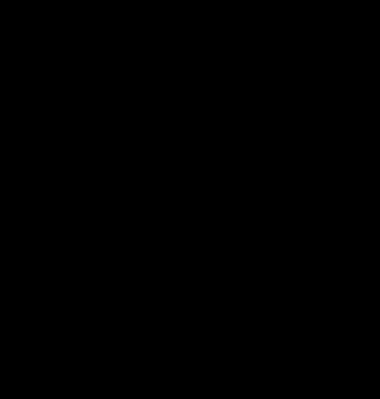 Election blog who will win

Photo: The finish line is in sight for both candidates.

Photo: The finish line is in sight for both candidates.

I get that this is politics and that if I wanted nice and happy, I should go watch "Barney." But with the way everything has gone, my support of the Republican Party has been ebbing. From the overzealous appeals to small-town "folks" (so urban or suburban people are automatically Democrats?) to the Palin pick (who in the weeks since I wrote my first blog, has turned incredibly unappealing to me) to the intentional polarizing of far-right Republicans (mostly Palin's fault), what has happened to the Grand Ol' Party?

My sincerest hope now is that McCain wins on Election Day, picks a new Vice President (hopefully Romney or Tim Pawlenty) and unites the country. I know McCain can be bipartisan and I know that he is an honorable man and I know that he can be a good president. Whatever the Democrats say, he is definitely not George Bush 2.0. He has the experience, he has the record of being bi-partisan and he has the passion to lead effectively.

Kevin's blog: Obama's campaign has been simply fantastic. He's broken the racial barrier to become the first black nominee of a major party. He's raised the most money ever for any presidential campaign, facilitating text messages and mass email. He's gotten the youth to really contribute to politics for the first time, proving that not all of us are politically apathetic. But most importantly, he's become a symbol of hope for the future of America.

The past administration has showed that it has little hope for combating our global issues. Before even coming to this election, it was clear that McCain would have a problem dealing with the Bush curse, as it completely discredits the GOP. I initially thought that this election would be as much of a landslide as the (fixed) Nixon election (even without fixing). I am definitely wrong, with polls showing that the true undecided voters will make the difference in several states on Nov. 4.

Regardless of the media scrutiny and the actual results, I am and will be very proud of Obama. He came from behind to win the nomination from a heavily-favored Hillary Clinton. He's pledged to help us pay for college and keep our taxes low until we have the education to make the big money.

Obama will have a lot to live up to if he's elected (knock on wood!). If he works his administration the right way, he'll be able to get the first surplus in years, end conflicts like Darfur, alleviate global warming and even possibly win the war in Iraq. Obama will be as popular as JFK, FDR or Washington. With that charisma and focus on improvement, America will stay competitive and make sure that American innovation will always be the best. And not just in Wall Street, but in Silicon Valley, Detroit and even the moon!