Junior Kirstyn Ross-Roach still remembers April 1, 2006. Over dinner that night in her hometown of Blacksburg, Virginia, her father informed the family that they would be moving to Saudi Arabia. Ross-Roach scoffed at what she thought was her dad's attempt at a joke, but the announcement was no April Fool's Day prank. 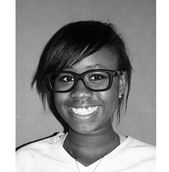 Both of Ross-Roach's parents had taken administrative positions at the University of Effat, a women's college in the city, through the university's partnership with their employer at the time, Virginia Polytechnic Institute.

Clueless about the country that would soon become her new home, Ross-Roach had much to learn that spring. Ross-Roach kept a close eye on news coverage of Saudi Arabia, and learned that the modern state of Saudi Arabia, established as a monarchy in 1932, is led by Prime Minister and King Abdullah bin Abd al-Aziz Al Saud, who exercises complete control over the government. Today, Saudi Arabia has a growing presence on the world's economic scene, mainly due to its vast oil resources, says Shibley Telhami, a senior fellow at the Saban Center for Middle East Policy in Washington, D.C. Saudi Arabia possesses approximately 20 percent of the world's known oil reserves, and a great potential for economic world dominance, according to Telhami. However, strict societal regulations and a large socio-economic gap have slowed the country on its pathway to development.

"The opposite side of the coin"

In winter of 2007, Ross-Roach and her family were off to Jeddah, the second largest city in the country, located on the Red Sea coast. Ross-Roach lived on a compound, but she had to adhere to the strict codes of public conduct for women when she ventured into the city. Saudi women cannot drive, vote, or leave the country without a male relative's permission. They are also required to wear abayas, floor-length robes, in public, according to the U.S. State Department. "Outside of the compound, you have to cover everything," Ross-Roach says.

These restrictions originate from Sharia law, a legal code developed from the Quran, the Muslim holy book. As Saudi Arabia is an Islamic country, Sharia law forms the basis of the legal system. Tarik Allagany, information supervisor at the Saudi Embassy in Washington, D.C., explains that many women are tolerant of, and even satisfied with, the status quo perpetuated by Sharia law. "The opposite side of the coin is that there are many women in Saudi Arabia who are comfortable with the traditional role women have played, and they do not want to change," he says.

Ross-Roach says that while many women simply accept the law, viewpoints vary on the whole. "Everybody has their own perspectives," she says. "Some people feel like the laws are there to protect them — and I definitely see that perspective — but some women think they are oppressive." While living in Saudi Arabia, Ross-Roach often felt that the mandate to wear an abaya protected her. "It's kind of a weird paradox, but I feel like women are more respected," she says. "It's almost like women can get further because men have to respect them for their personalities, not their bodies."

King Abdullah is attempting to maintain this respect while increasing opportunities for women. He is modifying Saudi law by integrating women into the society and the workforce, as illustrated by the recent appointment of the first woman to his cabinet, says Telhami. Telhami recognizes that change will be a slow process, though, due to opposition from fundamentalist religious ideology. "There is space for leaders to do things," he says. "But I never underestimate the power of the religious fanatics."

King Abdullah's initiatives for modernization are not limited to more rights for women.
"Saudi Arabia wants to diversify its economy and be less dependent on the oil industry," explains Allagany. One avenue the country is pursuing is creating chemical and pharmaceutical compounds, which are used in various plastics, says Telhami. The King's program is meant to improve the economy and thereby decrease poverty in the country.

In addition to expanding the economy, Allagany says that King Abdullah wants to raise the level of education in the Saudi Arabia in the hopes of lowering the unemployment rate and decreasing the wealth gap.

In 2008, around 11 percent of Saudi men were unemployed, says Telhami. There is no corresponding data available for Saudi women. Government efforts to restructure college education to teach skills needed to enter the Saudi Arabian workforce could lower these rates, says Telhami.

The unemployment rate in Saudi Arabia troubles Ross-Roach as well. "It's kind of heartbreaking," she says. "You see palaces with marble floors and golden tiles, and then you see the other extreme: these little kids come up to your car at the traffic light, and they go, 'one riyal, one riyal,'" she says, referring to Saudi currency.

While living in Saudi Arabia, Ross-Roach heard about the many reform initiatives King Abdullah began, the goals of some being to combat poverty like she witnessed.

While she believes that the king is serious about reform, she observed a lack of government action. Ross-Roach links this observation with a common Saudi phrase — "Inshallah rada'a" which translates to "tomorrow, God willing." In her opinion, the government's lack of organization is reflected in that phrase which discourages rapid, dramatic change. "I feel like there's a breakdown in communication and they aren't as diligent as they could be," she says of the Saudi government.

Regardless of the Saudi Arabian government's diligence, change will be a slow process for proponents of both women's rights and economic diversity, according to Telhami. For now, all Saudi Arabia can hope is that change will come, if not today, then maybe tomorrow.