A land with no real voting, no freedom of speech and no voice for its people living under an oppressive government rule – it sounds like a description from a history textbook or a fantasy novel. But for 11 years of her life, this was reality for senior Thu Nguyen in her home country of the Vietnam.

After the fighting between the Communist North region of Vietnam and the U.S.-backed South ceased at the end of the Vietnam War in 1975, the nation reunited to form the country now known as the Socialist Republic of Vietnam. Today, it is a one-party state, ruled in an authoritarian style by leaders from the Communist Party of Vietnam. Under its current Communist rule, Vietnamese citizens are prohibited from speaking out against the government and are forced to live without the freedoms of speech and religion that Americans often take for granted. This lack of liberty was enough to drive Nguyen's family to pack up and move to the U.S. in 2003 in search of greater economic and educational opportunities and a more unfettered life.

Nguyen left her home in Saigon, also known as Ho Chi Minh City, with her parents and sister on July 23, 2003, leaving behind her friends and schoolmates and the pharmacy that her parents owned with Nguyen's aunt. According to Keith Taylor, a professor of Vietnamese studies at Cornell University, owning small businesses like pharmacies has become more common in Vietnam recently. Vietnam's economy has made a shift to a more free-market system in recent years, which has allowed for individuals to take advantages of more flexibility for individual economic opportunities. But, Nguyen says, her parents thought that they could find better jobs and a better education for their daughters outside the confines of Vietnam's Communist system. 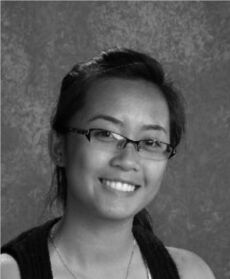 In Vietnam, Nguyen attended a public elementary school, but unlike in the U.S., she had to pay to attend. At her school, teachers hit students for bad behavior, and they focused on teaching a great volume of information to kids at a young age instead of letting the workload build up over the years, as Nguyen has seen teachers in the U.S. do. Here, Nguyen says, she has the opportunity to proceed farther in her education than she would have at home. According to Taylor, the education system in Vietnam has changed greatly over the past 20 years, making higher education less accessible. "It's become very difficult to get an education, especially at the college level, unless you have a lot of money," he explains.

Crime, for example, was a big problem in her neighborhood in Saigon. Her family lived near a large jail in the city. "Every day we would hear sirens," she says. Sometimes, people would climb over the wall around her house and steal things, and any motorcycles, a common form of transportation, left unattended would usually get stolen. The police didn't do much to stop the criminals, Nguyen says; according to Taylor, the police force in Vietnam is extremely corrupt and often intertwined with the gangsters and criminals they are meant to punish.

Despite problems with the government, Nguyen says that she was content with daily life in Vietnam. When she moved at age 11, she was sad to leave her friends but excited at the prospects of leaving the dusty streets of Vietnam for what she saw as the clean, modernized United States. Upon arriving, she immediately noticed the willingness of Americans to speak their minds straightforwardly, something which people in Vietnam didn't do. According to Taylor, this is a commonly noted cultural difference that can be attributed to the strict government in Vietnam. Whereas in America, speaking out is a way for people to get what they want, in Vietnam, it can be extremely dangerous, and people tend to keep quiet about their needs.

Americans' pushiness was surprising for Nguyen, but so was almost everything else about American culture, she says. Food was an issue for a while after she arrived — her aunt, with whom Nguyen's family was staying, bought package after package of chicken nuggets, thinking that they would appeal to any child, but Nguyen couldn't stand the food that was so different from what she ate in her home country. Otherwise, she says, she assimilated easily. Because she spoke no English, she was immediately put into English for Speakers of Other Languages classes, where she was struck by her teachers' patience and understanding. "I thought, 'I don't know English; no one's going to help me,'" she says. Instead, she found Americans to be kind and helpful, and much more open than the people she was used to. "It's a completely different culture," she says. "Americans are more revealing."

After learning to speak English and eat standard American fare, Nguyen has adjusted to life in the United States and the educational prospects it brings. But now that she has left the oppressive rule of the Vietnamese government, she plans to return to her home country this summer to do the travelling that her family never had a chance to do when she was younger. Until then, she remembers the good and the bad of her childhood in Vietnam, and she looks ahead to the future that she will continue to experience in the U.S.