The budget's restrictive financial spending is a smart decision that allows for growth by increasing county credit. Taxpayer supported budget increases are minimal when compared to the overall budget increases. This means that the budget increases overall at the county level without a significant tax burden on families. According to the budget highlights , "A tax-supported County government budget of $1,405,714,273, [means] a 1.1 percent increase over this year. A total County budget of $5,067,834,958 – a $72.1 million [is a] 1.4 percent, overall increase." By restricting budget money coming from taxpayers, Montgomery County families have more money to spend and contribute to their own growth which will provide benefits for the county over time. 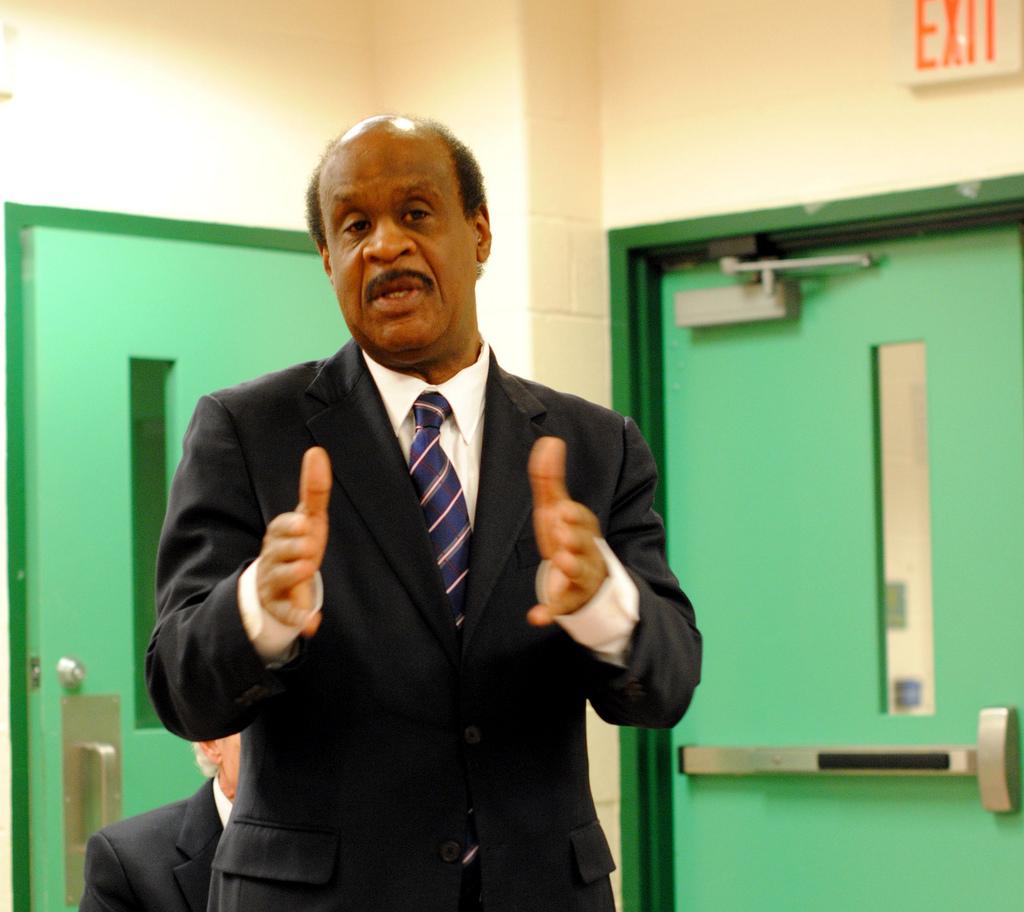 Photo: One of County Executive Ike Leggett's main objectives is to narrow the budget gap

Photo: One of County Executive Ike Leggett's main objectives is to narrow the budget gap

Furthermore, much of the proposed budget is focused on Leggett's continuing priority to close the budget gap—where overall expenditures exceed revenue. According to Leggett in a March news release , "Over the last nine years, [he has] closed over $3 billion in budget gaps." This year's plan is set to close a $238 million gap and is on track to achieve a 10 percent reserve fund by 2020. As such, the budget not only works to repair past deficit, but it is on target to achieving a surplus in the future. The plan is beneficial in both its evaluation of the past and future.

Besides the long-term contribution to a more financially strong county, the proposed budget has reached a majority of county requests for growth, namely in the educational sector. The county is providing $3 million more to Montgomery College, a $2.2 billion increase to Montgomery County Public Schools (MCPS) and funding for a new Biomedical Science Building at the Universities at Shady Grove. By still maintaining a balance between conservative spending and growth, meeting the requests for spending exclusively for county education is the main long-term investment that the county budget addresses fully. Education is the most critical area for funding. Investing in county educational systems ensures both student ability to return an investment through training for jobs (in the county's two higher education institutions,) and secure retirement and health stability for the county schools' staff. Furthermore, a higher capacity need due to increased enrollment in MCPS justifies the largest of the three main educational expenditure increases.

Transportation and community wellness are two areas in which the county budget is effective in providing sustainable solutions at low cost. Although these areas tend to be neglected, the new budget still manages to address needs. In transportation, the proposed budget funds construction of much-needed parking garages in Bethesda, pay on foot parking systems in Silver Spring, and real time online tools for analyzing parking data online. In the areas of community wellness, external funding will allow for expansion of housing assistance. Rental assistance programs are to be increased with external funds from the Maryland Housing Initiative (MHI) through the Department of Housing and Community Affairs (DHCA) to ensure that county tenants can smoothly obtain rented homes. According to the budget highlights, "A total of 1,800 households were assisted in FY15 and over 1,800 are projected in FY16." Both of these projects ensure infrastructure growth in areas of high localized need, rather than large-scale objectives that don't fulfill a clear county goal. 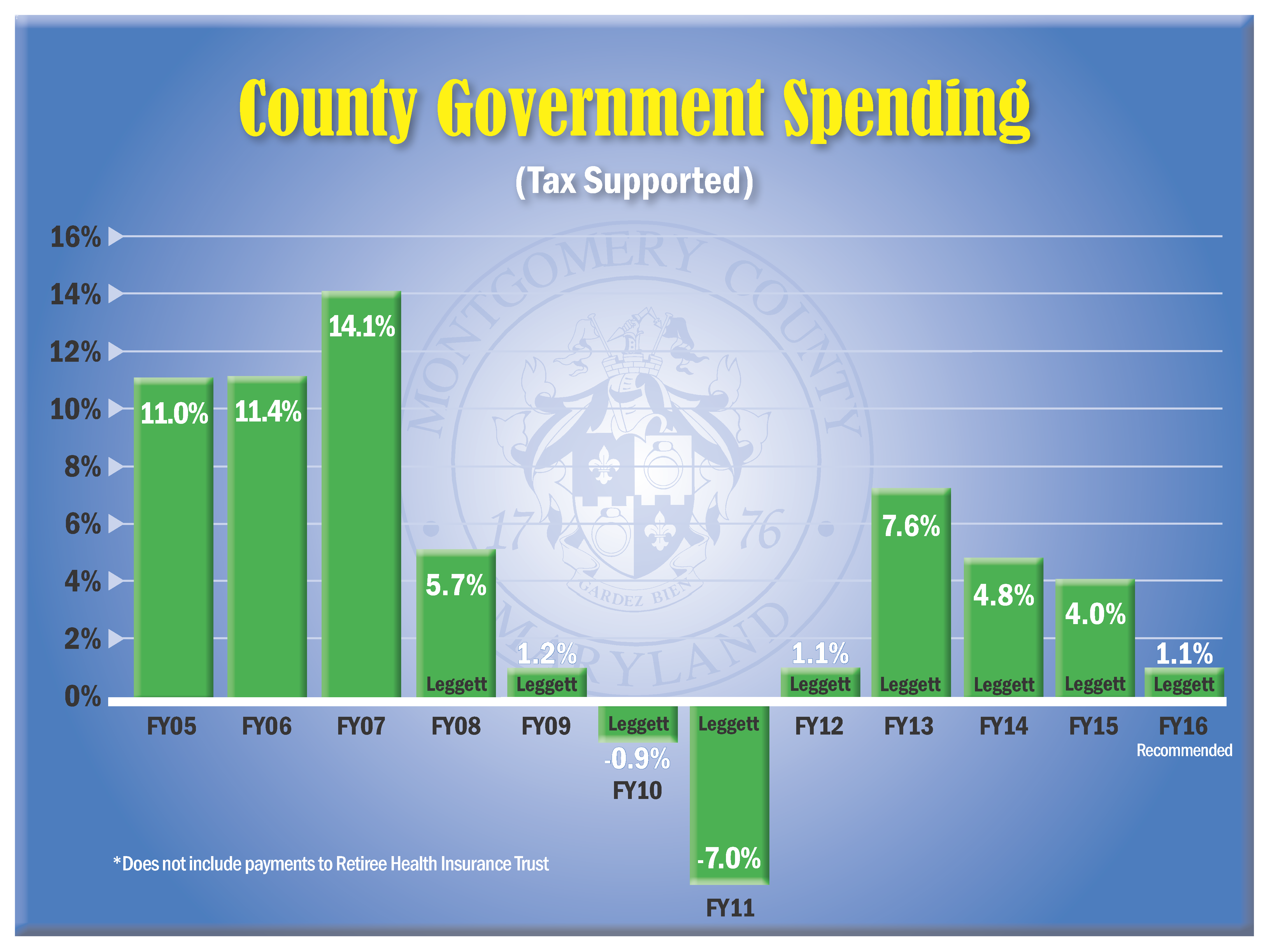 Photo: County government expenditures are set to go down according to the Fiscal Year 2016 budget.

Photo: County government expenditures are set to go down according to the Fiscal Year 2016 budget.