Creativity that you can Google

Businessman. The word conveys a clear image: suits and ties, meetings, Blackberries, and above all, adults. Yet, as a growing group of Blazers show, businessman can also mean a sophomore in a plaid shirt making a YouTube video about his product—as long as you understand how hard you need to work.

"My dad engraved in me two phrases that changed my work ethic," sophomore Andy Slenkovich says, "'Measure twice, cut once' and 'If anything's worth doing, it's worth doing right.'" Impressive mottoes, especially coming from a 15-year-old, but Slenkovich's age has never stopped him. 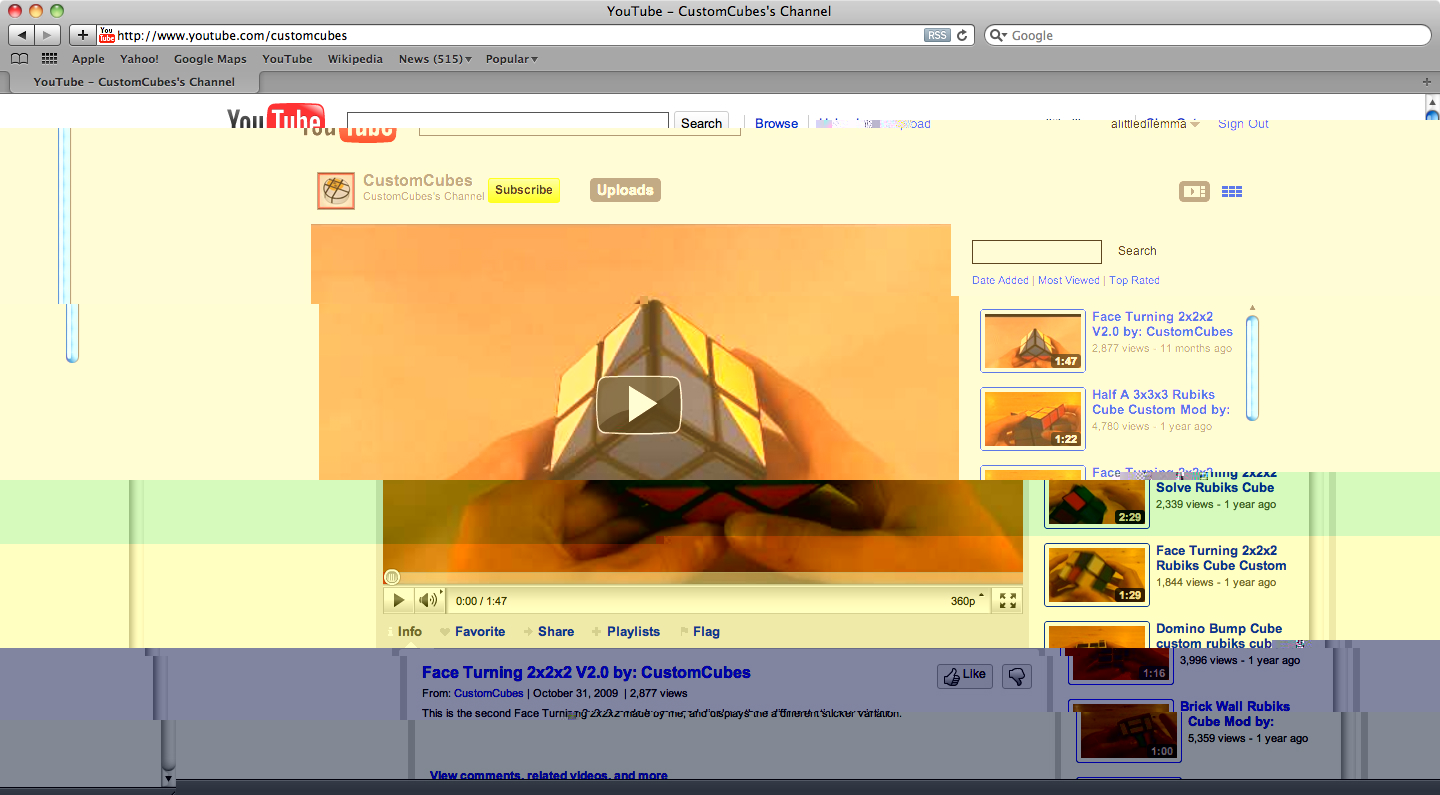 Photo: Slenkovich's YouTube videos help his following learn how to use his products.

Photo: Slenkovich's YouTube videos help his following learn how to use his products.

Slenkovich learned these life lessons in an unlikely way: learning how to custom-make Rubik's cubes, which he sells on eBay. The sophomore is part of a small but intriguing group of Blazers who sell their creations online. There is variety in this group, from Slenkovich's eBay venture to hand-painted works of art available on custom-designed websites, though there is no real pattern for the student online vendor. Some, like Slenkovich, pick a generic selling site like eBay. Others pick a site specifically for selling creative projects, like the rapidly growing Etsy.com, or even make their own website, like senior Orion McCarthy. Others, like Blair alumnus Claire Kalala, simply sell wherever they have the opportunity. Even though no two high school vendors are exactly alike, doing the job requires the same attributes: initiative, artistic talent and an understanding of business that rivals that of many adults.

The Internet is nothing if not a place for opportunities. Blazers who sell their craft online have taken advantage of various opportunities to do so. In Slenkovich's case, the idea came from the site he now sells his own project on.

"It started when I saw someone selling a Rubik's cube in the shape of a house on eBay for $80 or so. I thought to myself, I could make one of these out of a regular old Rubik's cube and get some quick money,” Slenkovich explains. "I created the name Custom Cubes for my little business, and it moved onward from there.” 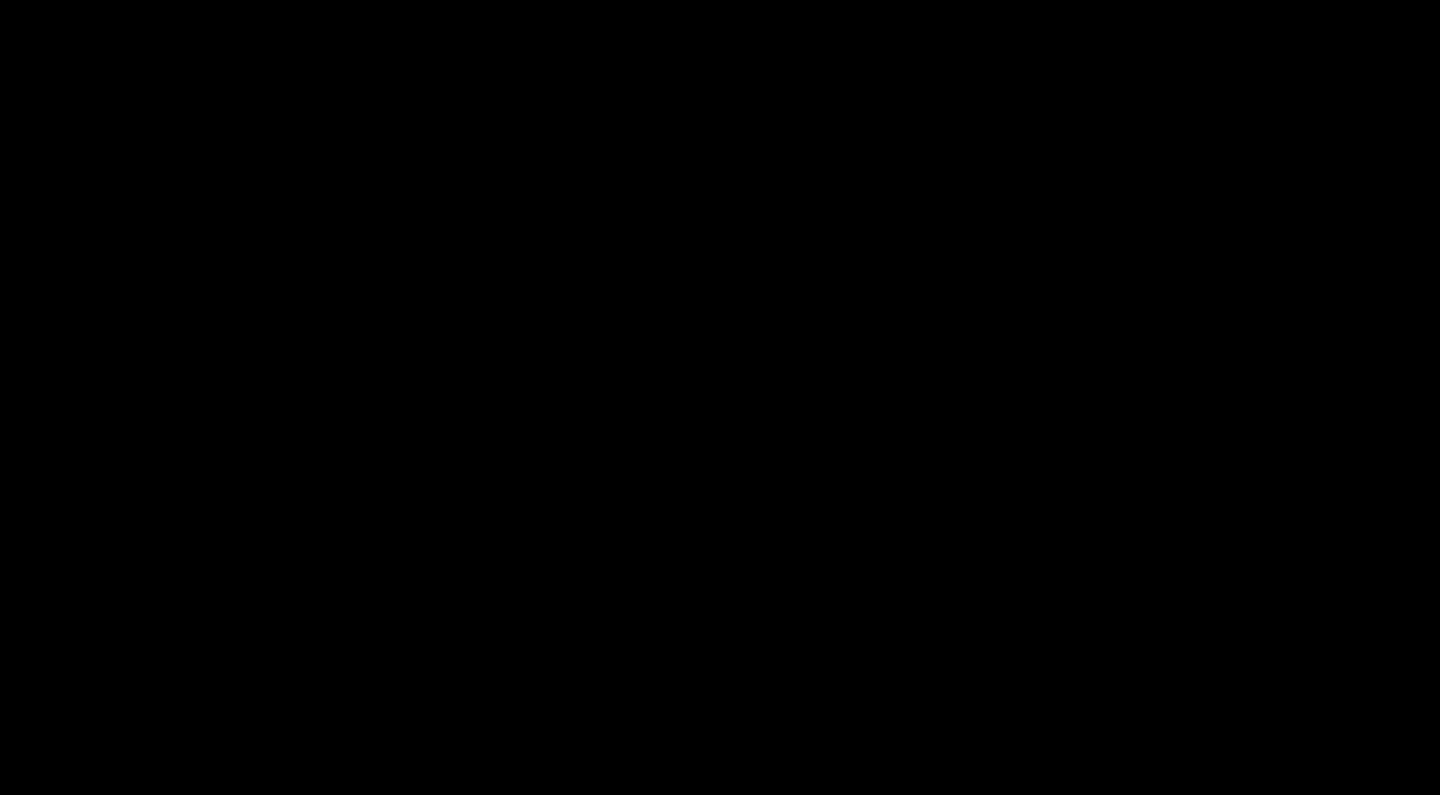 Starting off with financial assistance from his father, Slenkovich expected to remain indebt for a long time. However, his venture quickly resulted in unexpected success. "To my surprise, this large sum of money that I owed my dad – roughly $1000 – was paid off within the first two months of production,” Slenkovich says. Though Slenkovich says that one of his favorite parts of the process is making money, he also describes coming up with new ideas as a highlight of his experience. "[It's] that amazing feeling when you get an idea out of nowhere,” he says.

McCarthy's story, as opposed to Slenkovich's, has roots at school. After taking a ceramics class at Blair, McCarthy realized he had a true knack for making pottery and decided to continue over the summer at a professional studio. He explains that going online was the logical next step. "In preparing for my sale at the Takoma Park Street Festival on Oct. 3, I created a site using the online feature webs.com,” he says. "I have a home page, resume, and photography of my pottery." Like Slenkovich, McCarthy enjoys making profit from his pieces, but explains that many pieces of his art are personal to him and he often has a hard time parting with his favorites. "I sold my favorite piece ever at the street fair," he says. "I had overpriced it so people wouldn't buy it, but it sold anyway."

Claire Kalala's products are also an extension of her passion. Kalala runs a company called Blaq Grass with several friends. They sell t-shirts, jewelry and paintings. Kalala, who currently attends the University of the Arts, designs the t-shirts and creates the paintings. As it says on her company's website, www.blaqgrass.com, the goal in helping to start the company "was and remains to create a space where young people feel free to be themselves.” Like Slenkovich, the founders of Blaq Grass value the power of ideas – and money.

The online nature of their craft is a valuable advantage for those who know how to use it. Slenkovich has a YouTube channel of his work, where he demonstrates the ways to use each of his products for his viewers before he puts them on the market. "YouTube is really good for product advertisement," he says. Still, Slenkovich maintains that eBay is the best and easiest way to sell his cubes.

Although McCarthy does not use eBay, he benefits from selling his product through the Internet. McCarthy's goal is to expand his site to create more opportunities for business in a uniquely online way. "I plan to equip the site with a PayPal account so people can buy online," he says.

Products of the times 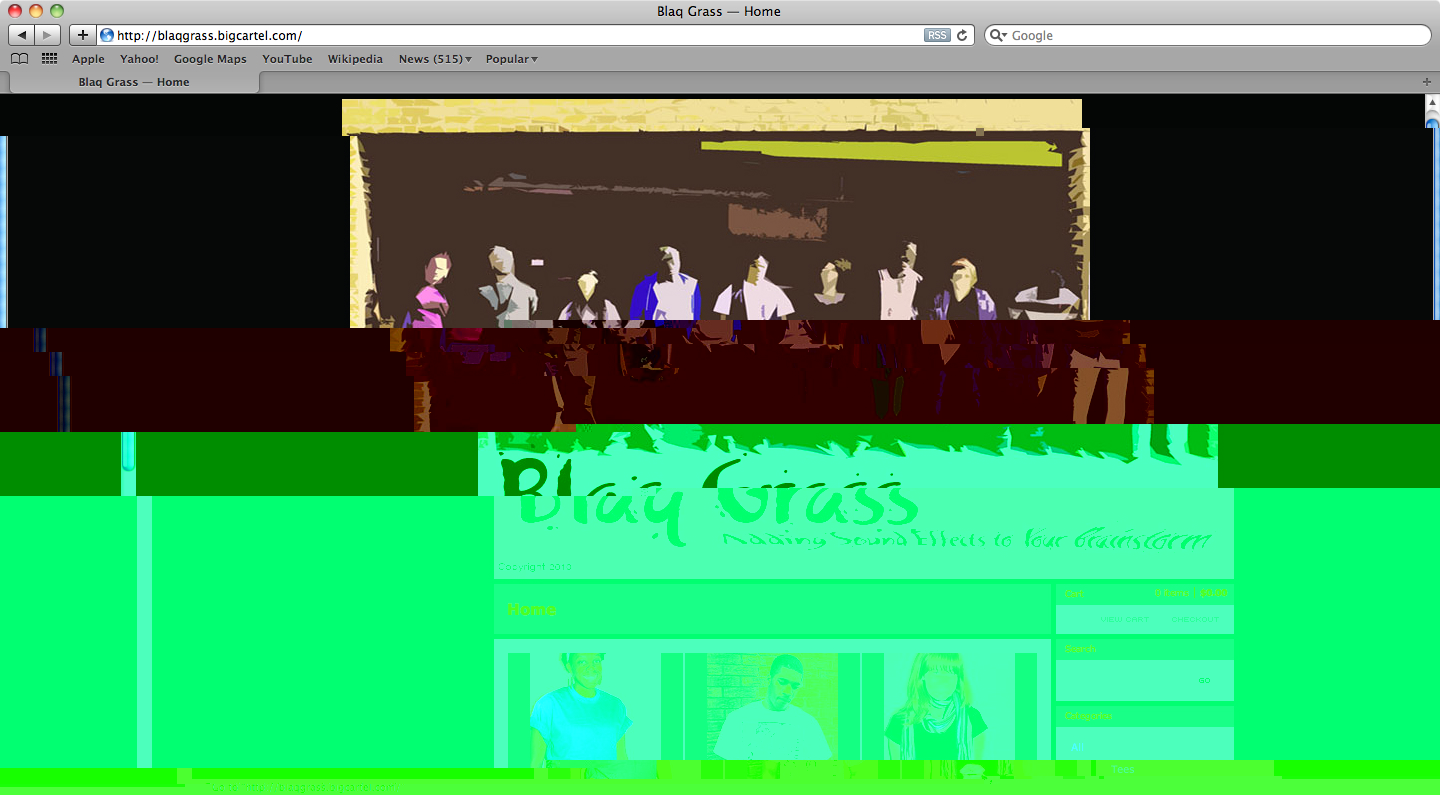 Photo: Some students create their own websites to sell their projects, like the Blaq Grass page shown here.

Photo: Some students create their own websites to sell their projects, like the Blaq Grass page shown here.

Kalala and her peers use the Internet to make them more accessible to their target audience: teenagers. They sell at their events and through word of mouth, but Blaq Grass also has their own website to sell and talk about their goods. Blaq Grass's website features links to other sites, ways to contact the creators, and several other features that would not be available if the trio sold their goods out of a stall. Using the Internet to sell their products lets the vendors forge more connections with their buyers, which is both a good idea and good business.

Student online vendors, as teenagers in a largely adult world, experience unique challenges and benefits, ones that businesspeople never faced a decade ago. Selling crafts online allows students to reach a wider audience, as well as spend more time making goods and less time transporting them. It also makes things like pricing more convenient, particularly for eBay users like Slenkovich. "I just put the cube up starting at 99 cents and let the bidders decide how high the price will get," he says.

Aside from pricing, working online allows a greater connection between vendors and clients. Blaq Grass can organize events such as poetry slams online, as well as getting easy feedback about their products. McCarthy's buyers can look at his products online to make an opinion more easily. Ultimately, McCarthy says, as a student business person, enjoyment is the most important part of the equation. "I learned I can turn a fun pastime into a lucrative hobby," he says.