Cross Bacon's path and get a "Death Sentence”

There are many degrees of Kevin Bacon. He has done angst-ridden teen with crazy-cool moves. He has done misunderstood child molester. Heck, he has even done gay German hairdresser. While he has rarely disappointed, it is a wonder that he can pull off the role of the vengeful vigilante in a thriller loosely based on Brian Garfield's 1975 novel of the same name. But indeed he has, with a stunning performance that greatly outshines the poor plot and writing.

Nick Hume's (Kevin Bacon) life is perfect: he has a wife (Kelly Preston) and two kids, Brendan (Stuart Lafferty) and Lucas (Jordan Garrett), who he simply adores. He is a successful lawyer at a powerful risk assessment firm. But almost instantly, all is lost on one fateful night, when Nick makes the mistake of stopping at a shabby gas station on the way home from one of Brendan's hockey games.

Before Nick realizes what is happening, Brendan is slain by a runty thug, Joe Darley (Matthew O'Leary), who pays the price for the initiation into his brother Billy's (Garrett Hedlund) gang. The Hume family, shaken with grief, wants nothing more than to see Joe behind bars for life. Unfortunately, Joe receives a sentence of only three to five years, thanks to America's justice system. 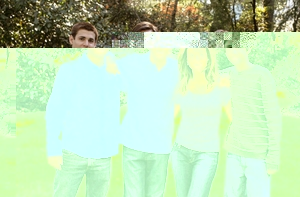 In a split second's decision, Nick drops all charges, deciding to personally deliver the punishment that Joe truly deserves. Simultaneously, however, Billy feels the strong need to give Nick his comeuppance. As Nick and his family plunge deeper and deeper into jeopardy, he is forced to go to great lengths to ensure his family's safety.

Kevin Bacon does a spectacular job with what he is given. He is able to convincingly portray the once mild-mannered man with no exposure to violence who suddenly — with the sheer need to avenge for his dead son and drive to protect his remaining family — morphs into a heartless murderer. John Goodman does a notable job in a small role as Billy's gun dealing father. Garrett Hedlund, another supporting actor, impressively captures Billy's gang leader personality.

Director James Wan (creator of the extremely successful "Saw" series) is able to keep the audience on the edge of their seats during the chase sequences, yet also cause them to shrink back with their eyes half shut during the brutal shootings and slayings. One particular chase scene in which Nick is able to hold his own against several gangsters in a parking lot is particularly brilliant.

Unfortunately, all the gore and guts leave little time left over for character development and, well, actual acting. The only emotions Hume undergoes is happiness just before tragedy strikes, grief for the short period of time the family mourns for Brendan and then simply anger and merciless vengeance for the remaining 90-or-so minutes. Nick's transition seems slightly unbelievable as it happens so quickly and there is never a real explanation for his state of mind. Furthermore, the dialogue is badly written, almost laughable at times, especially when it comes to Aisha Tyler's unconvincing performance as the tough cop on Nick's trail.

"Death Sentence" is a well-made action movie but only if the audience is in it for the blood, gore and Bacon. Other expectations would lead to disappointment.

"Death Sentence" is rated R for strong bloody brutal violence and pervasive language and now playing in all theaters.