As a typical first-semester senior overwhelmed with college applications, I have spent all my recent lunches running around the building, dropping off forms at the registrar, tracking down teachers to request recommendations and trying to meet with my guidance counselor. But as if that wasn't stressful enough on its own, each time I try to run an errand I have to engage in a one-on-one battle with a security guard who is determined to not let me pass. 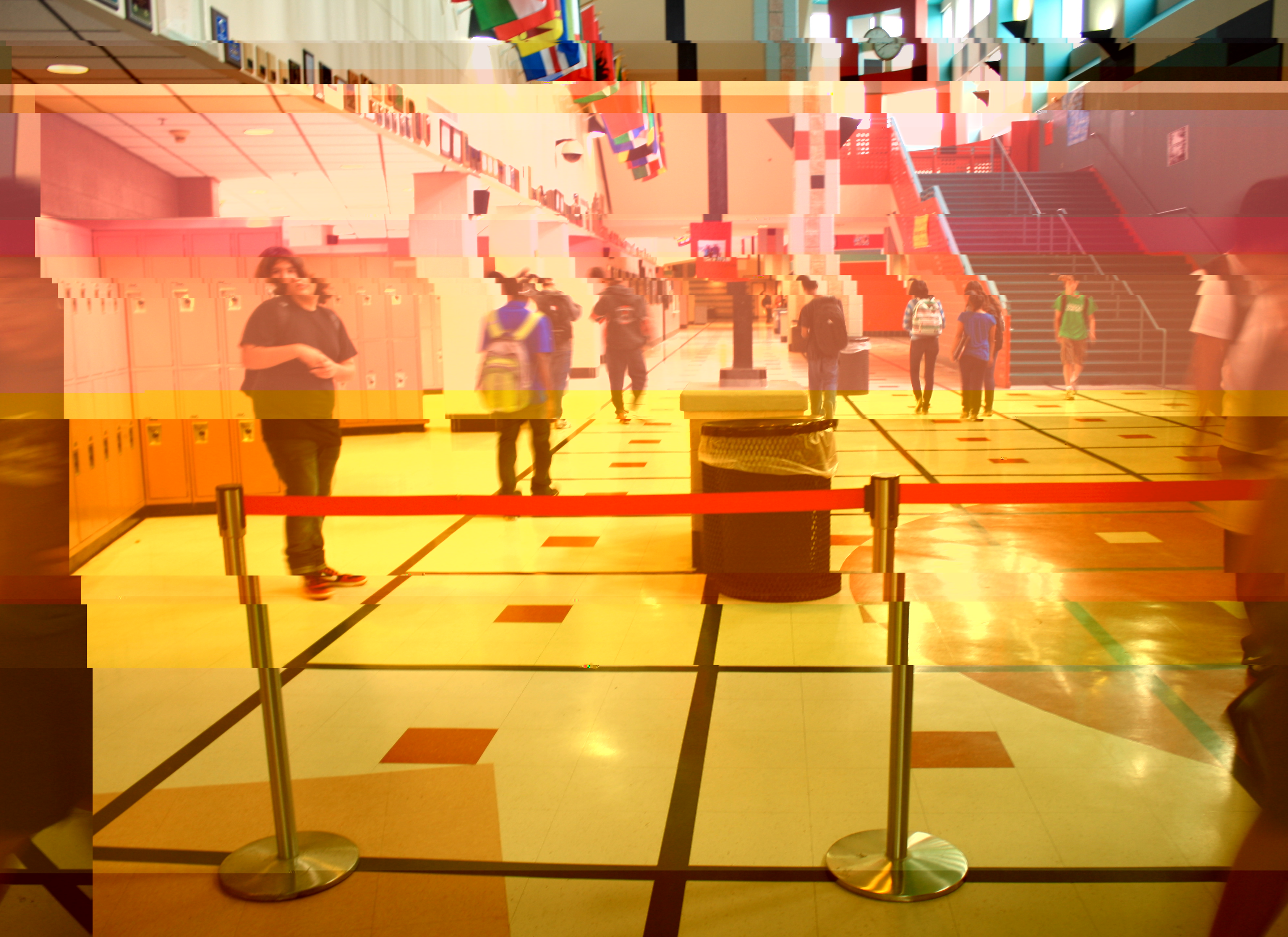 Photo: Barriers set up during the 5th and 6th lunch periods in Blair Boulevard prevent students from going to other parts of the school once the bell has rung.

Photo: Barriers set up during the 5th and 6th lunch periods in Blair Boulevard prevent students from going to other parts of the school once the bell has rung.

It was near the end of last school year that the administration had their spark of dull inspiration to block off parts of Blair Boulevard during lunch periods. Their seemingly brilliant plan included setting up a barricade between the media center and 140s hallway, thus preventing students from sitting anywhere in the hall beyond that point. On top of that, security guards both at this barricade and at the entrance of the 160s hallway near the SAC forbade students from going to other parts of the building unless they had a signed pass.

This year the administration has decided to continue the senseless policy, but it is evident that the staff and student body has not and is unlikely to adapt to it. Everyday I witness many security guards deny students, who want to see a teacher or visit their locker, permission to leave what has now become a restrictive lunch confinement.

In a large way, this new situation is rather reminiscent of the notorious ID policy that the administration lifted only last school year. When the administration used to require students to wear their school IDs around their necks all day they intended to prevent non-students from sneaking into the building. But the policy, which had unreasonably high expectations for the student body, ended up being the source of constant disruption through each school day and its value as a safety precaution was lost. Similarly, while the administration may have solid reasons for blocking off the halls during lunch periods (ongoing classes will not be disturbed, Blazers will stop leaving their trash down the entire Boulevard), the numerous disadvantages created for students outweigh the benefits by far.

What I find particularly bothersome about this policy is how it can so adversely affect students' academic performance. Lunchtime is one of the very few opportunities for Blazers to seek extra personal help from teachers as well as reassess or make up assessments, yet students can rarely get past the security posts without a signed pass from a teacher. From what I have observed, teachers rarely give passes for lunchtime visits - they just count on the students to show upon their own. Sure, students can ask for signed passes, but it is irrational to expect students to plan so far in advance when they need to see a teacher briefly during their lunch period. With these given circumstances, if students want to go to a teacher during lunch they must get to their destination before the bell rings. But this too is entirely unfair for students who need to buy their lunches and eat first.

One thing that the administration did not seem to account for when putting this policy into action was the large student population of Blair. When the barricades first went up in last May, the senior class was no longer required to come to school and most of the students enjoyed their lunches in the warm weather outside. Since the start of this school year a large percentage of students have continued to spend their lunches out in the courtyards, fields and basketball courts. But when everyone was forced to remain inside yesterday as the rain poured down, the effects of the blocked-off portion of Blair Boulevard became very visible; the SAC was packed to its fullest and every spot on the ground and wall of the hall just outside the SAC was occupied. As we head into wintertime, the overcrowding of this lunch area will undoubtedly lead to even more serious problems.

I know that I am not the only one who has gotten tired of the superfluous rules that tend to cause only more disarray. The hall policy during lunch periods does much more harm than good. The administration needs to think through all aspects of problems and their potential solutions before taking action. While this blockade strategy may keep students within its' bounds for now, the policy itself will be soon bound to fail.