This mess of a film has few reasons for people to actually see it, except maybe to laugh at it.

With Cruella, Disney’s latest foray into live-action territory, Disney attempts to weave a complex but entertaining narrative, providing an edgy but sympathetic look at one of their most iconic villains. Unfortunately, they instead made a movie with incredibly jarring tonal dissonance and a plot so weak and frankly ridiculous that even the somewhat creative costume design and couple of decent performances can’t save it.

The plot of “Cruella” is a strange and tangled mess. A plot point in the first few minutes is that Cruella (Emma Stone) is the name of Estella’s (the actual name of the character) “dark side” that she must not let out. Not only is this an incredibly weak premise, but it gives the film an excuse to forgo actual character development in favor of a quick personality change. 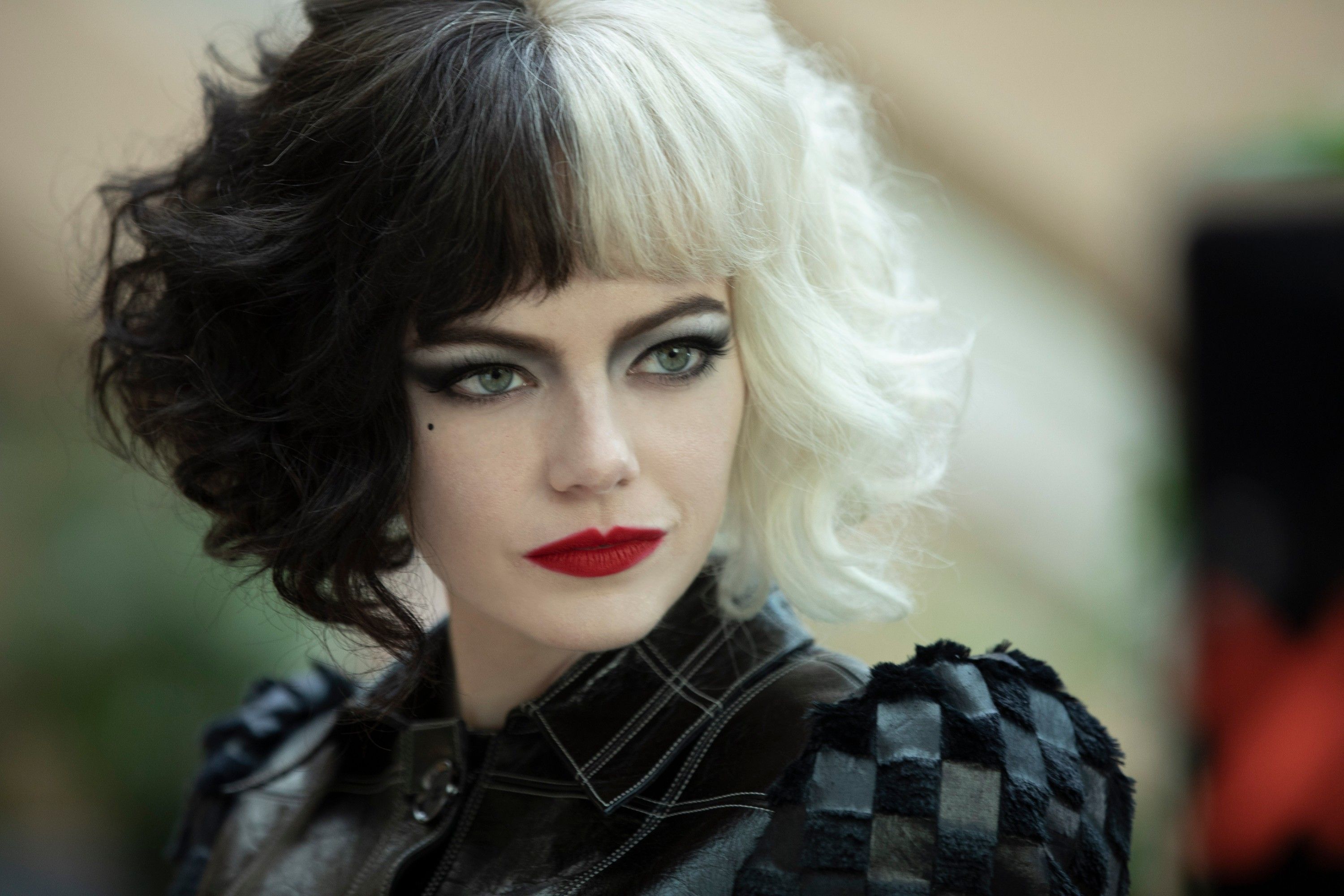 Near the beginning, Cruella (despite her name technically being Estella, she will be referred to as Cruella in this review for recognition’s sake) is shown to be a troublesome child whose mother (Emily Beecham) supports her in her dream to be a fashion designer. When Cruella and her mother go to a party, so her mother can ask the Baroness (Emma Thompson) for money, a series of incredibly contrived events culminate with her mother being attacked by trained Dalmatians and falling off of a cliff. Really. And that’s just the first ten minutes.

The rest of the plot varies between trying to paint Cruella as a tragic hero who the audience should sympathize with, and the villain that pretty much everyone recognizes her as. This does not work. Strangely, Cruella is even less likable in this movie than the one where she literally wants to skin puppies for a fur coat. This is because when a character is a clear villain, with all the evil schemes to match, it’s easier for audiences to appreciate the character without necessarily siding with her.

“Cruella” takes the classic villain and removes all of the overtly evil characterization from her, trying to show her as more morally grey (she does not skin a single puppy in this movie). But the decision was made to leave in Cruella’s personality, and even amplify it somewhat, making her just seem really mean. It is very difficult to attach to a character who is more of a bully without even having any fun villainous moments.

Throughout the movie, the plot, acting, characters, and general setting clash with each other, which can be highly distracting for the viewer. The director, Craig Gillespie, tries to make several different types of movies all at the same time, and it does not come together well. The setting is the 70s fashion scene, which does make for some interesting visuals and costuming. However, much of the plot seems cartoonish, like the aforementioned murder via dalmatians, making the serious hard to accept. The more realistic tone of the movie means that the cartoonish moments seem wildly out of place, and the length of the film (2 hours and 14 minutes) means that these clashes happen frequently. Combine this with the performances of Emma Thompson, who is quite good while over the top, and Emma Stone, who can be good when she isn’t doing her best “Joker” impression, and the resulting chaos nearly causes whiplash.

“Cruella” also introduces the character of Artie (John McCrea), a fashion designer working with Cruella on her schemes, and widely touted in the days leading up to the movie’s release as Disney’s “first openly gay major character.” Observant readers will notice that this is not the first time Disney has gotten press for supposedly including their “first openly gay character,” as many characters who got this treatment (such as LeFou in the live action Beauty and the Beast) failed to actually be openly gay. Artie is no exception. Calling a character “openly gay” tends to imply that this character will then go on, in words or action, to be, well, open. With Artie, it’s purely subtext. He certainly is flamboyant, expressing a dislike for what “normal” people might think of his outrageous fashion, but never says or does anything explicitly stating that he’s not straight.

In an interview with the Attitude, McCrea (who is a gay man himself) says Artie’s sexuality “depends on who you’re asking,” but that for him “ he’s queer.” Being official “for him” isn’t exactly the same as it being official for everyone else, as there is a history of actors saying their characters are queer despite nothing in the actual movie serving as a testament to this (see Raya in “Raya and the Last Dragon,” for example). In fact, the whole press around Artie being the “first openly gay disney character” seems to be entirely invented by journalists looking for an attention-grabbing headline. After the first interview, many other publications picked up the idea that Artie was openly gay and ran with it, choosing to critique the fact that it had taken this long.

Some might argue that there isn’t any need to say anything explicitly, that the energy and general style of the character do enough to state that he is queer. However this is just queercoding, which is the subtextual coding of a character as queer, by using imagery or stereotypes. This is especially problematic due to the fact that Artie is an embodiment of many queer stereotypes. And queercoding characters (especially villains)? That’s something Disney has been intimately familiar with for decades. So, is this good representation? No. It is taking the coward’s way out. In 2021, when countless other movies, shows, and other forms of media manage to give queer people at least some explicit representation, it seems pathetic that one of the largest media conglomerates in the world can’t. Overall, Cruella is a strange film, with many online confused about why it even needed to exist. However, it does have a 74% critic score on Rotten Tomatoes, so perhaps there’s something there, however obscure it is.