With all the scrutiny that comes with campaigning for the oval office, President Barack Obama and GOP nominee Mitt Romney have allowed the nation to pry into their personal lives and histories. Americans have been privy to their tax returns, their birth certificates and even their high school memories. What voters may not realize, however, is just how much the two campaigns know about the public. 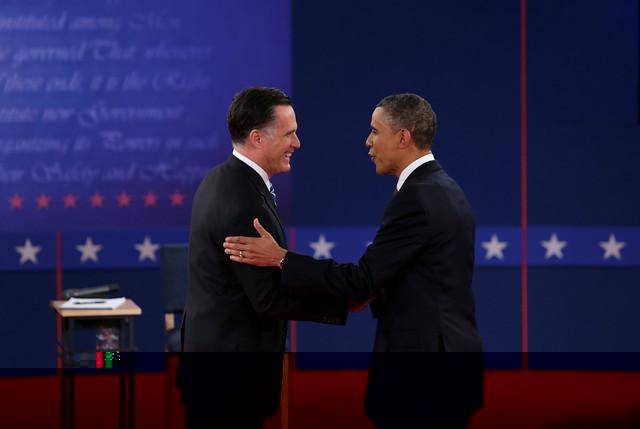 Photo: Data mining is one thing the Obama and Romney campaigns have in common.

Photo: Data mining is one thing the Obama and Romney campaigns have in common. Photo courtesy of Bloomberg News.

Armed with more personal information about voters than ever before, Obama and Romney's campaigns have developed new strategies to increase turnout on Election Day. Though these strategies may have immediate benefits, they pose various threats to the integrity of our democratic structure in the long-term.

The campaigns have gathered this personal information through a practice called data mining. Data mining is the analysis of information extracted from someone's internet activity, a process which often occurs without the individual's knowledge.

Companies, such as Acxiom, Experian and Equifax, collect data ranging from age to gambling tendencies to vacation plans. These companies were all subjects of a Congressional inquiry about privacy concerns. The Democratic and Republican National Committees have paid companies like these a combined total of $13 million on data and related services this year, according to the New York Times. Two companies who work exclusively with politicians, Campaign Grid and Precision network, told ProPublica, a non-profit newsroom that produces investigative journalism, that they had collected data from over 150 million American Internet users, or about 80 percent of registered voters.

This new, unprecedented amount of information enables new strategies for influencing voters, including voter outreach campaigns and targeted advertising. The new voter outreach campaigns use voting tendency data to focus on contacting unlikely voters, who rarely make it to the polls on Election Day. The campaigns compile lists of unlikely voters and then run them past their volunteers' Facebook friend lists, when those volunteers sign in to the candidate's website through Facebook. The volunteers, matched with an unlikely voter from their friend list, then make special phone calls to remind their friends to vote, which the campaigns have found increases voter turnout. Targeted advertising uses personal data to tailor political advertisements to specific demographics or even individuals.

Though political applications of data mining may be beneficial in the short-term by increasing voter turnout, they also pose several long-term drawbacks. For one thing, the entanglement of data mining and politics could contribute to increased cynicism in voters. A July University of Pennsylvaniastudy found that Americans disapprove of targeted political advertising even more than general targeted advertising. According to the study, 61 percent oppose targeted advertising for products in general, while an even greater 86 percent oppose targeted political advertising, showing that Americans hold politicians to higher standards than private businesses. Furthermore, the study found that 64 percent of Americans would be less likely to vote for the candidate they support if they knew that the candidate's campaign buys personal data and then uses it for targeted advertising. Therefore, these targeted advertisements could increase voters' distrust of the political process, which could in turn lower voter turnout over time.

Furthermore, data mining makes politics even more exclusive since these services are expensive. If data mining becomes a central part of modern campaigning, its high cost will be an additional obstacle in running for office by further restricting campaigning to the rich. Not only does data use make it harder for less wealthy people to run for office, but it also encourages campaigns to focus on small pieces of the electorate. In an essay for the Stanford Law Review, Daniel Kreiss, an Assistant Professor at the University of North Carolina at Chapel Hill, argues that campaigns are unlikely to purchase expensive data about Americans they assume are incredibly unlikely to vote, like unregistered or uneducated voters. This will only widen the gap in political activity among Americans and undermine the basic democratic principle that all voices are equally valuable to our government.

Targeted advertising also presents another unique danger: by giving different messages to different voters, are candidates not able to avoid prioritizing and compromise? According to the University of Pennsylvania study, "A campaign database may predict that one particular household would lean toward a candidate if it learned of three positions but not four others, while another household would vote for the candidate if it learned of those four but not the other three." By providing voters with perfect advertisements, tailored precisely for them, candidates no longer need to identify which issues are most important to them, and they don't need to unify their party.

On top of being intrusive and manipulative, political data mining could weaken the strength of democracy in America over time. Instead of narrowly focusing on the immediate political benefits, politicians should consider the long-term health of the nation's democratic structure.