What the 'Skins, Wiz & Nats are hoping for this holiday season

For many years, Washington has been the laughingstock(ings?) of professional sports. Bad Christmas puns aside, the Redskins and Wizards have probably suffered the most recently, while the Nationals, it seems, are at least heading in the right direction.

Eli, our SCO expert on everything DC sports, is here to present holiday wish lists for each of the 'Skins, Wiz and Nats. While things certainly aren't perfect with the Capitals, they've been excluded from this article because they're a perennial playoff team, and, well, they've had enough success to be satisfied for at least a few years. 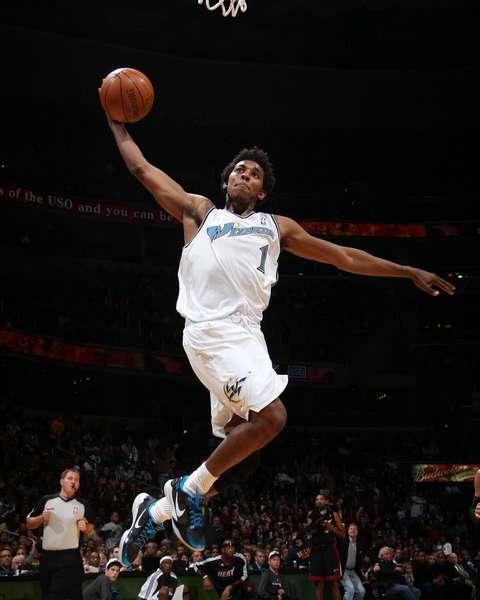 WIZARDS:
Before I delve into the specifics of what the Washington Wizards need to do this season, let me begin by saying how great it is to finally have basketball back. Less than a month ago, it seemed unlikely that players and owners would reach an agreement to end the lockout. Luckily, a deal was made, and the 66-game season will kick off with a triple-header of games on Christmas Day.

Now on to the Wiz. Washington showed glimpses of potential last year thanks to a core of young players led by rookie PG John Wall. But after a 23-59 season, good for last in the Southeast division, there remains much work to be done. Here are three things on the Wizards' wish list for the upcoming season:

1) Re-sign Nick Young
Young led Washington in scoring in 2010-11 with 17.4 points per game. He's a 6-6, athletic shooting guard, who can shoot the three and who makes the flashiest of plays look easy. The problem: he's a free agent and his price tag is high. But it's worth it for the Wizards to resign him because they need a legitimate scoring threat besides John Wall. He's also a fan favorite, and fans would love to see him return to the Verizon Center this winter.

2) Sign a small forward or big man in free agency
The Wizards just signed the aging Ronny Turiaf in free agency. Turiaf will provide veteran leadership, rebounding, and plus, he was cheap; all in all, definitely a smart move by Washington. However, it would be nice to see the Wiz go out and get another viable player in free agency. The pool is thin, but competent players such as Arron Afflalo and Samuel Dalembert are still up for grabs.

3) Javale McGee and Andray Blatche take the next step
Here's the big one. After years of mediocrity, and at times, glimpses of greatness, it's time for McGee and Blatche to take the next step and break out into solid NBA players. Let me be clear – I'm not saying they should be all-stars, not by a long shot – but please, guys, please, grow up, listen to your coach, Flip Saunders, and play good basketball on both ends of the floor. John Wall is entering his second season in the NBA, and it appears that he's already about to take that next step. 'Vale and Andray need to do the same if the Wizards want to avoid another embarrassing season.

REDSKINS:
Ah, the Redskins. They tease you for a few games at the beginning of the season by starting off 3-1, then they proceed to… well, you know the rest. It hasn't been pretty, to say the least. Let's take a look at what the Burgundy and Gold have on their wish list this holiday season: 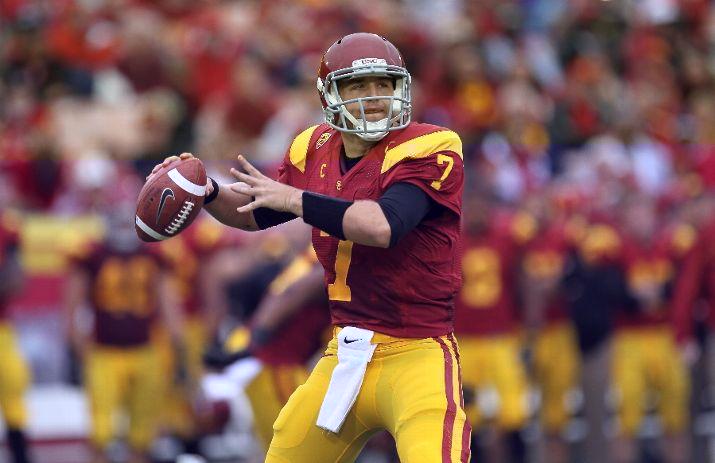 Photo: USC quarterback Matt Barkley could end up in a Redskins uniform next season.

Photo: USC quarterback Matt Barkley could end up in a Redskins uniform next season.

1) Draft a quarterback
Duh. By now, it's clear that neither Rex Grossman nor John Beck is the future of this franchise. Andrew Luck is the prized possession of the upcoming NFL draft, but the winless Colts are likely to get the first pick. That means that the 'Skins will either need to trade up for Luck or be satisfied with a different rookie QB. Matt Barkley of USC and Robert Griffin III of Baylor are two potential picks. Either way, Grossman and Beck better be out of here. If not, well, let's just say Dan Snyder will only be adding to the pile of reasons why Redskins fans hate him.

2) Improve the offensive line
When's the last time the 'Skins had a reliable O-line? That's right– if you're a high school student like me, the answer is not in your lifetime. If the Redskins can secure a quarterback in the draft, then the next step is to protect him, whether that means through free agency or through the draft.

3) Sign or draft a talented receiver
A quarterback (unless his name is Tom Brady or Peyton Manning) cannot, and will not, succeed without talented pass catchers. Check out who the Redskins have at this moment: Santana Moss (okay, he's fine, but he's injury-prone and getting old), Anthony Armstrong (speedy, but hasn't done much), Leonard Hankerson (he's a rookie this year, so I'll give him a pass), Jabar Gaffney (has played well at times, but, well, it's Jabar Gaffney, people), Donte' Stallworth, David Anderson, Terrence Austin and Niles Paul (uh… yeah). Long story short, get someone who can actually play. I know Calvin Johnsons and Dez Bryants don't grow on trees, but somehow the Lions and Cowboys got them right? Why can't the 'Skins get lucky once in a while? 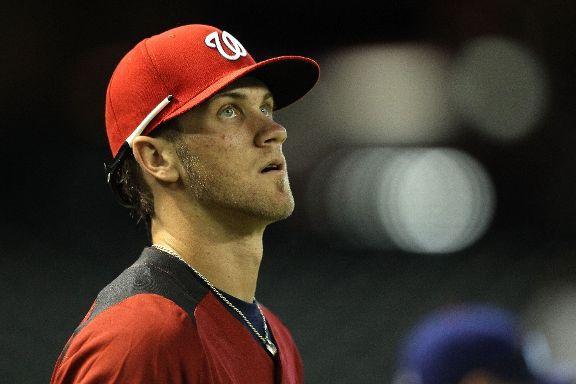 Photo: The Nationals are slowly and steadily bringing along 19-year-old phenom Bryce Harper.

Photo: The Nationals are slowly and steadily bringing along 19-year-old phenom Bryce Harper.

NATIONALS:
The Nats had their best season ever in 2011, finishing just one game below .500 at 80-81, good for third in the National League East. Washington is definitely on the rise, but it's extremely tough to compete in a division that's dominated by the Phillies and Braves. The Nationals should focus on these three things over the course of the off-season and the upcoming 2012 season:

1) Make a splash in free agency
Albert Pujols signed a 10-year contract with the Angels worth a quarter of a billion dollars. No one was expecting the Nats to snag Pujols (if they did, there would be a parade in Washington), but there are still several extremely talented players out there. Prince Fielder is out there, as well as Jimmy Rollins and Carlos Beltran. Let's make a move, baby!

2) Stephen Strasburg stays healthy, pitches well
Maybe the number one most important thing in this entire article. The Nationals organization cannot afford another long-term injury to its most prized possession, Stephen Strasburg. It would be devastating to both the team and its fanbase. Not only must Strasburg pitch, but he must pitch well, in order to win games, in order to sell tickets, and in order to jumpstart a sense of baseball pride in the nation's capital.

3) Bryce Harper continues to improve
Will the 19-year-old outfielder live up to the hype? That's the question on everyone's mind right about now. The Nationals are definitely doing the right thing by keeping Harper in the minors until he's fully ready to play in the big leagues. While Harper continues to play for the Double-A Harrisburg Senators, he'll need to sharpen all aspects of his game, so that when the Nationals call his name, he's ready to go. Because, simply put, the Nats need him really, really badly. He's a do-it-all player; a tremendous fielder, as athletic as any player in the MLB, but he's also got an insane amount of power at the plate. At the tender age of sixteen, Harper blasted a 502-foot home run in a high school home run derby at Tropicana Field. And let me repeat: that was three years ago.