Fans gave Harry Potter author JK Rowling a tall order: craft a final tale that matches the quality of the previous books but also ties up the myriad loose ends dangling throughout numbers one through six. And, using style, wit and a wave of the wand, Rowling delivers. In an ideal world, the series would never end, but what better way to end than with "Harry Potter and the Deathly Hallows," which clocks in at a monstrous 759 pages (though it is no doubt slimmer than "Hogwarts: A History"). 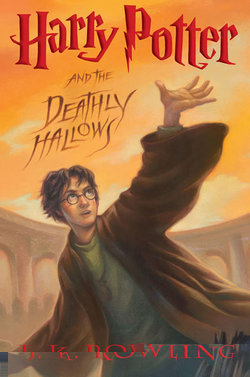 "Hallows" begins by toeing the line between dark and light; within the first few chapters, two deaths, two weddings a missing ear and a half-touching, half-disgusting Harry-Dursley goodbye have taken place. But immediately following a disturbing announcement that Voldemort has taken over the Ministry of Magic, Harry, Ron and Hermione set off on what they call "Dumbledore's mission," a secret quest to find and destroy the Horcruxes and eventually Voldemort.

The nomadic trio (all three of whom have dropped out of school, much to Molly Weasley's dismay) moves from place to place, with Death Eaters constantly on their tails. While this setting literally cuts the Hogwarts gang out of the storyline temporarily, numerous encounters with the adults of the wizarding world give way to spectacular fight scenes. In her last book, Rowling doesn't go out of her way to explain the effects of the spells being fired so rapidly – making the use of wands in combat seem perfectly normal – a technique that might leave more casual readers confused.

Though the absence of favorite characters is pronounced, Rowling does introduce some new oddballs. A chapter is spent on Quibbler editor Xenophilius Lovegood, who seems to be even stranger than his peculiar daughter Luna. Harry also meets some of Dumbledore's old acquaintances, and some characters whose presences have been noted but never elaborated upon, including wand maker Ollivander and Gringotts goblin Griphook.

But "Hallows"'s final third is most memorable, as the Hogwarts students start uprisings against their new headmaster and eventually Voldemort. To see how the characters have changed and developed since their first years is really remarkable – Neville's transformation, in particular, is a wonderful but somehow believable change. In the absence of leaders Harry, Ron and Hermione, Neville takes over Dumbledore's Army (with the help of Ginny and Luna), and finally succeeds in making his haughty grandmother proud.

The book's only major flaw is that too much happens in the final few chapters of the book. That being said, Rowling opens up many new mysteries throughout the seventh book itself, but it seems like overload to fill the final five chapters (one of which is spent almost entirely in a Pensieve) with answers.

But for die-hard Harry Potter fans, the final five chapters will be worth the wait. With "Hallows," all those who hold Harry dear get what they've awaited and dreaded for so long – answers and conclusions but also, an end to the gripping seven books. And although readers in future generations will certainly enjoy the series, nothing will be able to recreate the anticipation and feverish excitement felt by today's Potterheads -- feelings that fans will be hard-pressed to forget.