At 5:15 p.m. on Dec. 17, Blair administrators sent an email to the Blair community, officially canceling the games. "Based on previous guidance from the Maryland Department of Health and MCPS Athletics, all basketball games are canceled for this evening. This includes both the girls’ and boys’ junior varsity and varsity matches. We apologize for the inconvenience and appreciate your continued understanding as we navigate through the winter season during the COVID Pandemic," the statement said. 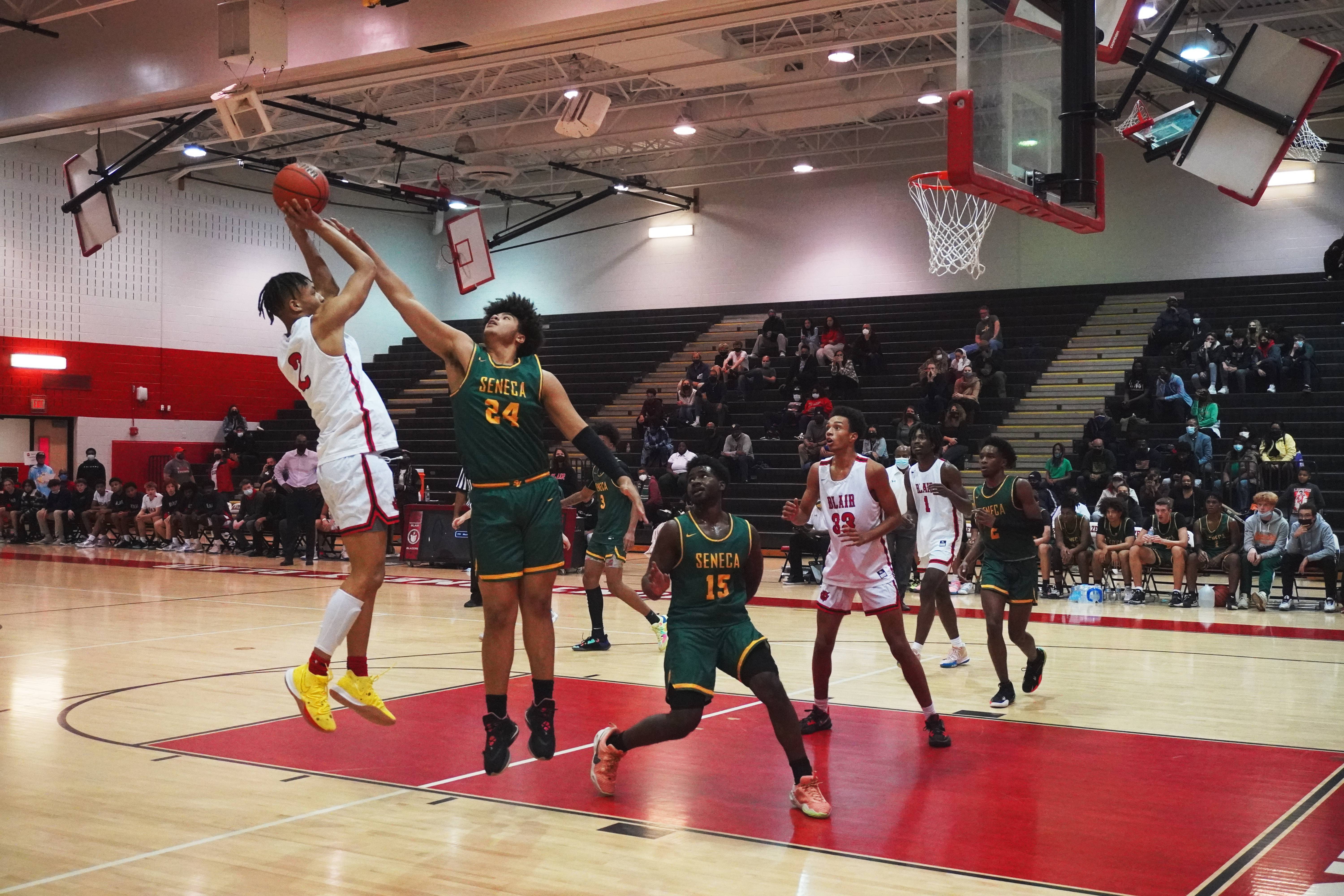 Photo: Players watch in anticipation as a blazer lines up a shot.

Photo: Players watch in anticipation as a blazer lines up a shot. Photo courtesy of Derek Mu.

In the most recent round of testing, three Blazers on the boys varsity basketball team tested positive, but this number is expected to climb. As of now, Blair's basketball program has been shut down until Monday, when players will be required to get additional testing. Blair has not yet made an announcement citing the recent guidelines from MCPS.

The boys varsity team (0-1) has had their past two contests canceled because of COVID concerns. They lost their first game of the season at home against Seneca Valley.

Blair boys varsity basketball's next scheduled home game is on Dec. 22 at 7:15 p.m. against Einstein.