Great transition leads to another win for the girls

On a rainy Wednesday night, the girls' lacrosse team beat the Paint Branch Panthers yet again in their first game of playoffs. The game was strangely reminiscent of their match against Paint Branch in the regular season which finished with the same score 15-9.

While in their most recent game the Blazers started slow and gained momentum in the second half, the exact opposite was on display on Wednesday. The first half started with a bang with countless players, most notably junior midfielder Maddie Boyer, who scored multiple goals. "She showed a lot of patience and control with the ball,” assistant coach Diana Frey said of Boyer. 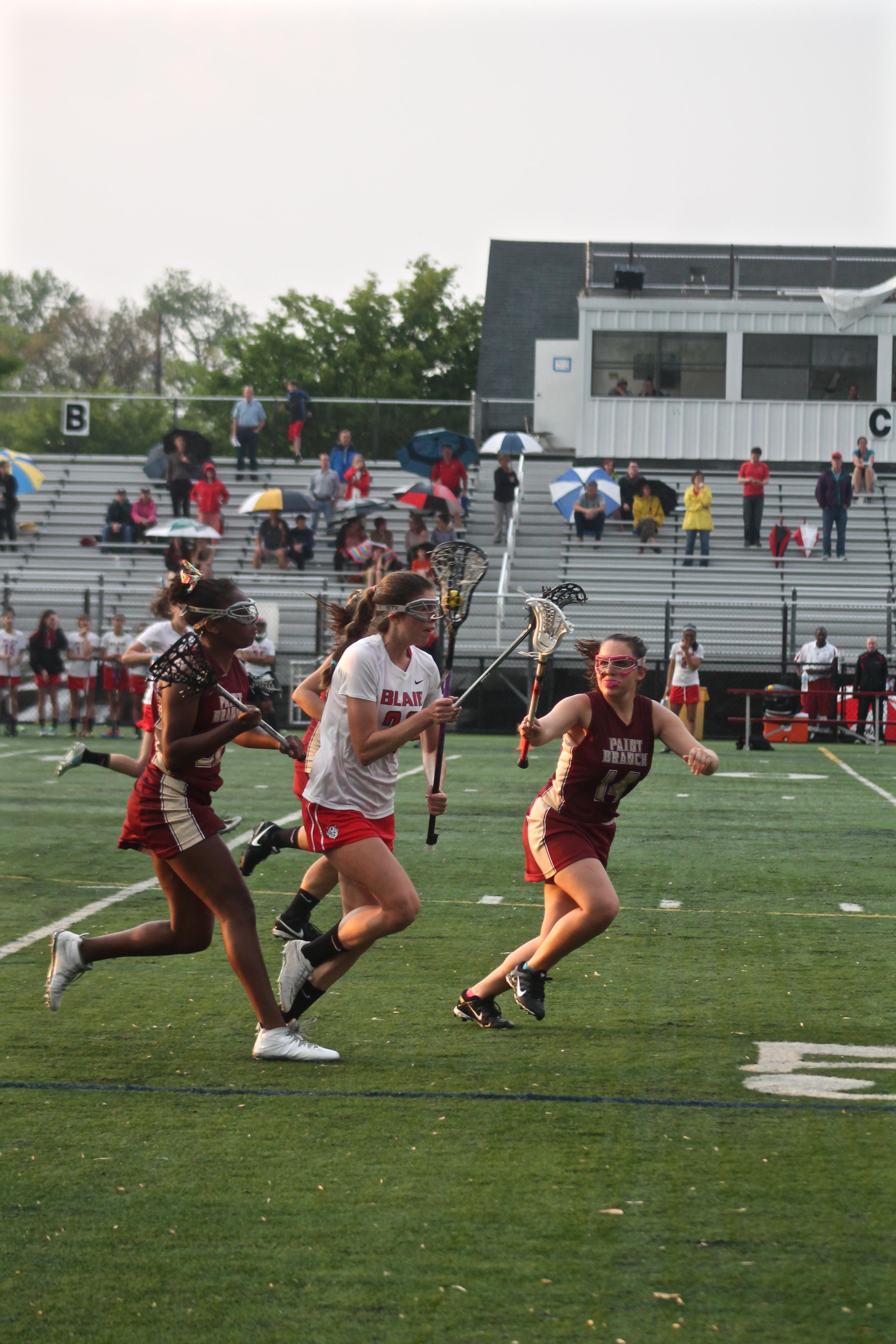 There were also many sweet assists this game, thanks to the improvement demonstrated in the transition game. "We actually played as a team for once and got a lot of good passes and catches,” junior attack Isell Reyes said.

Rather than one player running down the field, the team members skillfully passed the ball and maneuvered around a lackluster Paint Branch defense to score. A particularly noticeable play which benefited from the awesome transition game occurred towards the end of the first half. The ball went from goalie Schuyler Cross into the other goal in less than fifteen seconds.

However, in the beginning of the second half, the Blazers were already up 10-4 and their energy subsided a little as a victory seemed inevitable. Possession of the ball was evenly split between the two teams, but neither team could penetrate the other's defense until Boyer finally scored six minutes into the half.

For senior captain Leah Damo, this was a problem that was also prevalent in their last game against Paint Branch. "We got a little too crazy and happy and we let up on defense in the second half, which also happened last time,” she said. 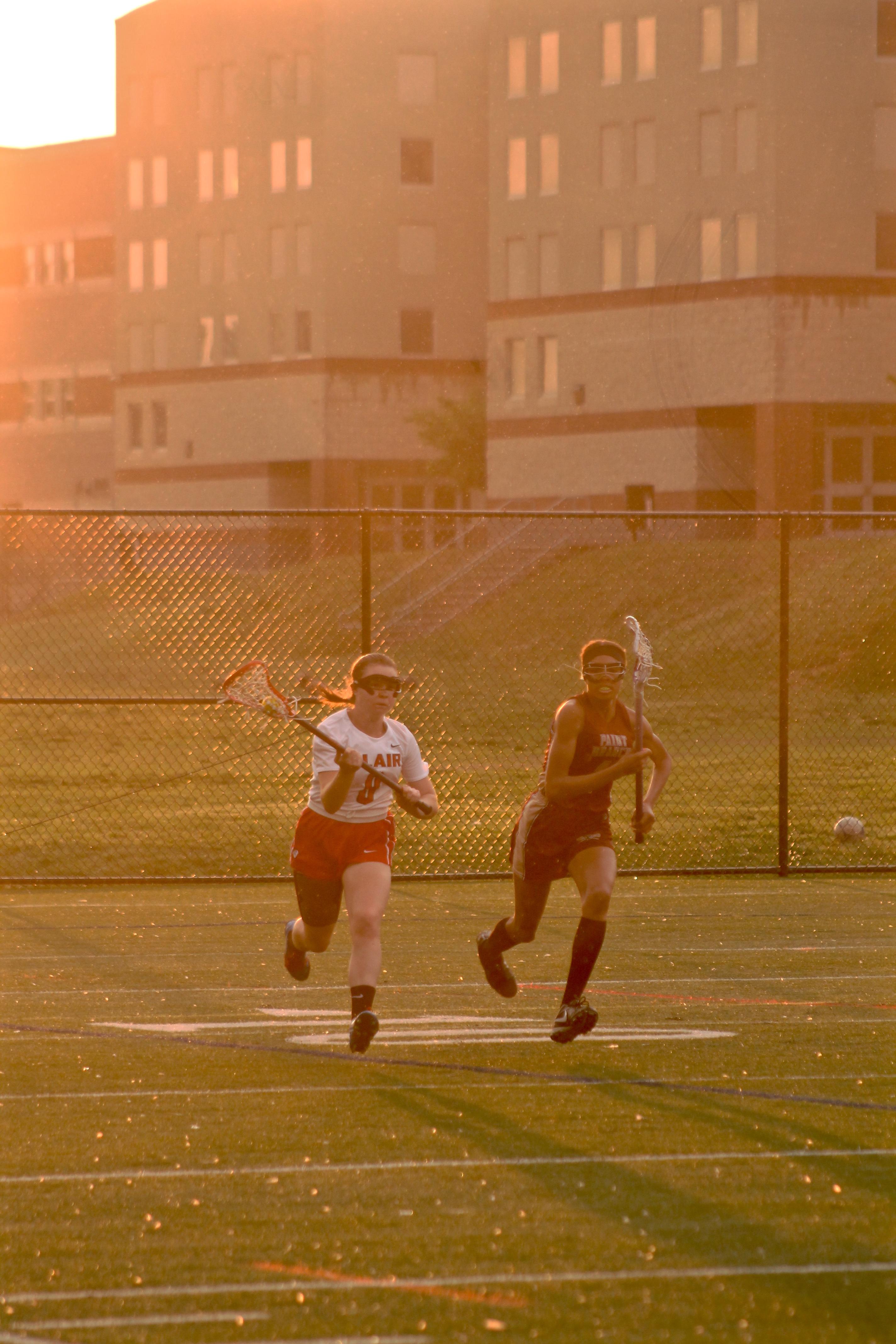 Despite the slowdown in the second half, Blair still prevailed. "Everyone was intense because everyone recognized it was a playoff game and we could have gotten knocked out,” Damo said. She expects this sentiment to continue into their next playoff game against Springbrook. "We lost to them in overtime in the normal season, so we can't slack off and we're really excited and looking to beat them,” she said.