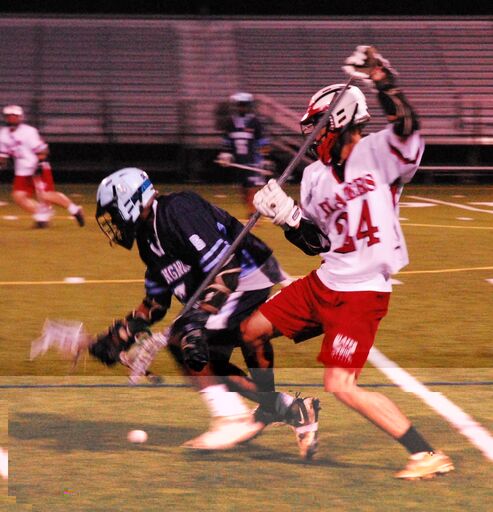 Though Blair was down 0 - 4 at halftime, the team was still tenacious. "We were still in the game," senior captain Brandon Jones said. But two more goals by Springbrook's Joseph Galeano and Zack Good created a near-impossible climb for the Blazers. By the fourth quarter, their motivation had dramatically decreased.

Both junior Paul Kovar and senior Otis Banwell made several shots during the game that Springbrook goalie Dustin Silvia consistently blocked, but Banwell finally scored Blair's sole point with approximately six minutes left in the game. Banwell noted that his goal was made possible after a Springbrook defender checked his stick, which distracted Silvia. "It was a lucky shot," Banwell admitted. Following this, Blair maintained possession of the ball for a few minutes, but Springbrook retaliated with another goal with only 4:27 minutes left in the game. 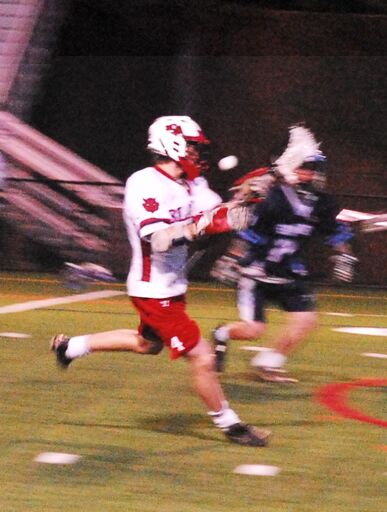 Photo: Senior Otis Banwell races the ball upfield as soon as he gets control of the ball.

Photo: Senior Otis Banwell races the ball upfield as soon as he gets control of the ball.

The Blazers were more aggressive in the first half, though they were never able to gain strong control of the ball. "Springbrook had possession for most of the game," senior Alejandro Newell said. Though goalie junior Kit Durban made many saves, Springbrook's offense was persistent; swift passes among attackers weakened Blair's defense, allowing the Blue Devils to have better angles for shots. Numerous penalties also put Blair at a noticeable disadvantage - several of the goals made by Springbrook occurred when they were a man up.

Many Blair players found the game's result disappointing because of their rival history with Springbrook. Though Blair was triumphant against the Blue Devils last season, Springbrook defeated the Blazers during the 2008 season and play-offs. "We've had close games with them," head coach Bob Gibb said. Jones noticed that the Devils had improved their ball control since last year, when the team had relied on large and strong players to build defense. "Their stick skills were better," Jones said. 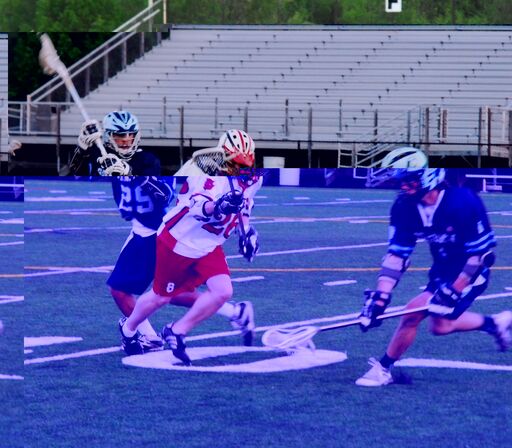 While Blair players noted that Springbrook's offense was most challenging to overcome, Gibb also acknowledged their unbreakable defense. "They had an aggressive defense – they came after us," he said. He believed the Blazers should have responded to the defense with stronger retaliation. "You've got to burn them for coming after you, but we didn't do that," he said.

Gibb noted the dire need to improve Blair's attacking strategies for future games. "Our defense has been keeping us in the games," he said. "But we're still working on our offense."

The Blazers' next home game is Tuesday, April 20 against Walter Johnson at 5:15 p.m.