Devious Licks - The TikTok trend detrimental to the school community

After the disaster that was the 2020-2021 Zoom school year, schools across America awaited September. The return of in-school learning seemed to promise a sense of normalcy that students and staff previously lacked. And when MCPS students physically returned to school on Aug. 30, for a brief moment, all was right.

Then, the “Devious Licks” TikTok trend began to lay siege to schools across the nation.

The “Devious Licks” trend encourages students to steal from or vandalize their schools, and post their deeds on TikTok. The trend began around the beginning of this school year, escalating in popularity quickly (TikTok has since banned several videos about Devious Licks).

The items stolen from schools vary in size and value, but some of the most popular targets are soap and paper towel dispensers. In other school districts (and other states), students have been arrested for their vandalism. In Bartow, Florida, a 15-year-old was arrested for stealing and damaging soap dispensers. 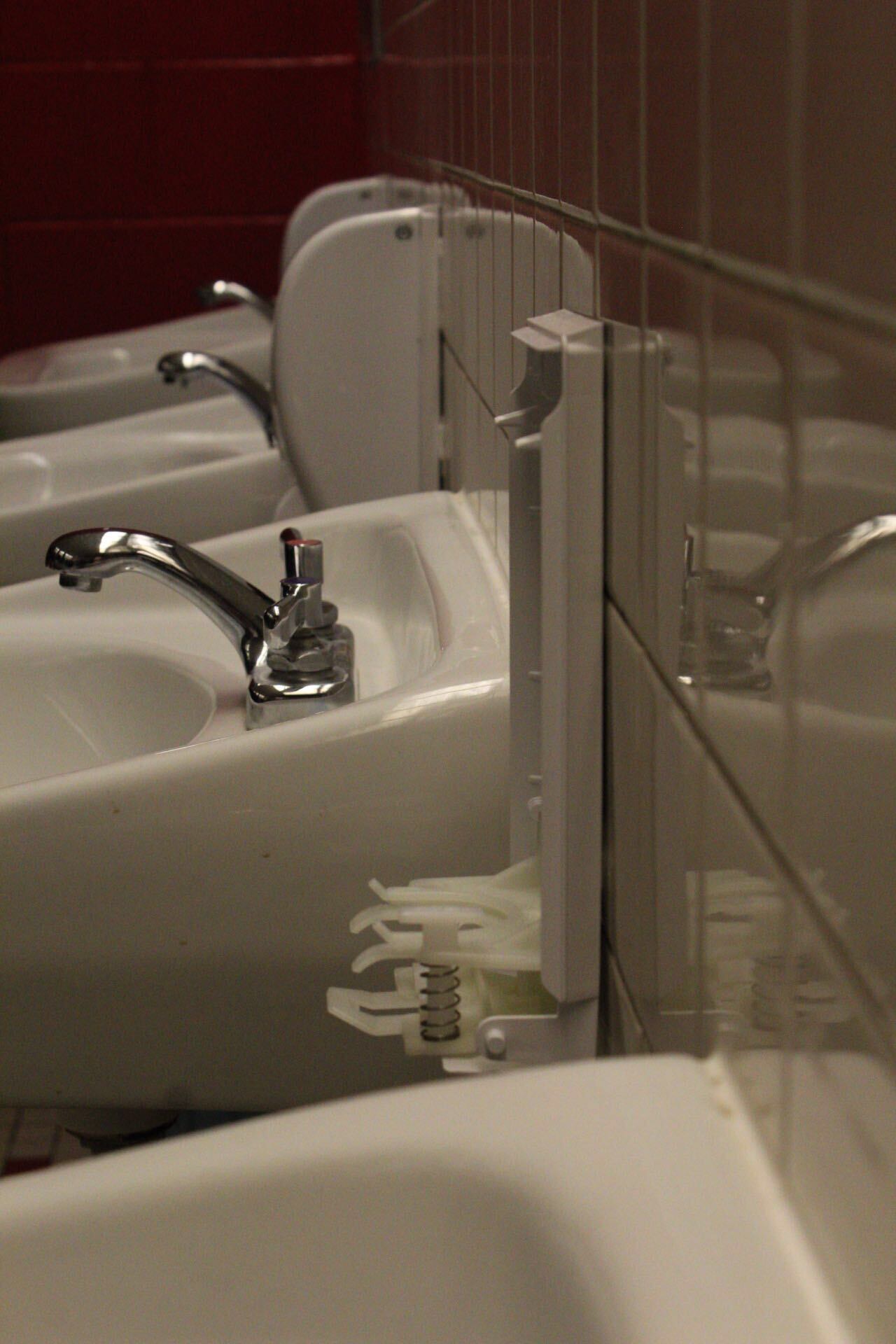 Photo: A soap dispenser is missing in one of Blair's restrooms.

Photo: A soap dispenser is missing in one of Blair's restrooms.

But when Blair Security Team Leader Daryl Cooper first got the notice of a potentially destructive TikTok trend taking hold of schools in MCPS, he chuckled. “It was probably just a laughing thing for me because...some things I don’t take too seriously until I have to deal with it,” Cooper says.

Despite the caution espoused by the county, he’s not particularly surprised by this trend. “I think it’s probably par for the course. Kids have been bored, they’ve been home, and now they’re back out and have some freedom, kids are indulging,” Cooper says.

Though, he adds, he doesn’t notice much of the vandalism happening at Blair, but rather at middle schools, according to the county. “I’m just glad the kids here at Blair are more mature [than] to indulge in such a devious thing...I think that a lot of kids are aware that the school is newly painted over the summer...and I think a lot of them aren’t just thinking about destroying the school,” Cooper says.

Blair media specialist Andrea Lamphier is also glad that (from her perspective) Blair seems to have escaped the trend’s wrath. “We have not heard about anything at Blair...but we’ve been very pleased with the way Blazers have been adapting to coming back to school,” Lamphier says.

But Lamphier is also deeply saddened to hear about other schools where that isn’t the case. “It just makes me really, really sad...if teachers are working in a healthy, positive, happy environment, that’s what they’re bringing back to their own families. If it’s happening, I think it would make anyone sad,” Lamphier says.

However, though Lamphier and Cooper’s jobs are mostly unaffected by Devious Licks, Alain Perron, Blair’s building manager, and his staff are not so lucky. “We’ve been addressing it and repairing and replacing a lot of items that have been broken and removed...A number of paper towel holders have been broken [and] for a two-day period I replaced eight soap dispensers.” Perron says. Toilet paper dispensers typically cost around $20, while paper towel dispensers are about $60.

Perron views the trend's prominence as an act of disrespect to him and his staff. “[Vandalism] like that do[es] make us feel disrespected...I feel we don’t have enough staff to take care of [the current sanitation protocols]...And those types of [pranks] just add on to more stuff that we have to do,” Perron says.

Perron adds that the trend’s rise to popularity just put more pressure on an already strained building service department, one that already has to deal with the increase of sanitation protocols due to COVID-19. “A lot of people higher up don’t realize that Blair is basically a high school and a half. We have a lot of students, so we can’t treat this school like Magruder...yet we both get allocated the same amount of cleaning supplies,” Perron says.

But at the end of the day, the trend leaves Perron feeling sad more than anything else. “The students of Blair, for the most part, are proud of Blair, and they’re proud of the school. And sometimes I wonder why they show it this way,” Perron says.