Dining out with Blair's McAddicts

It operates in over 117 countries and is the largest owner of retail property worldwide. It's one of the nation's largest toy distributors and has more playgrounds than any other private company in the country. Its mascot is recognized by 96 percent of American schoolchildren, second only to Santa Claus. And it stuffs 47 million people a day with fries, Cokes and Big Macs. 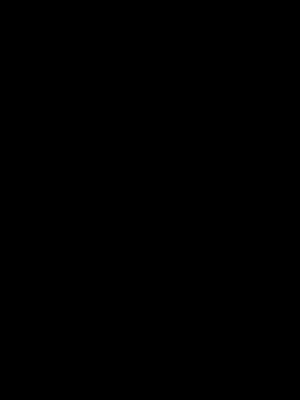 McDonald's has become a stark image of Americanism, appearing on virtually every major intersection in the country. The McDonald's corporation opens roughly five new restaurants per day, and already there are nine within a three-mile radius of Blair, one of which stands just across the street, its golden arches enticing students every day after school. Despite recent criticism of fast-food franchises in the best-selling book "Fast Food Nation"? and in the Academy Award-nominated documentary "Super Size Me," many Blazers still regularly opt to ignore alarming health risks for the temporary satisfaction of a juicy double cheeseburger with fries."As long as it tastes good"

"Man, I don't even want to think about what's in it," says sophomore Abe Holbrook as he takes another bite of his McChicken sandwich amidst a table covered in yellow wrappers. "As long as it tastes good."?

Ignorance is bliss, and that's the position most Blazers take while munching on their McNuggets and downing their ketchup-drenched fries. According to an informal Silver Chips survey conducted on April 6, 37 percent of Blazers had eaten McDonald's in that past week.

At a full table in the Four Corners McDonald's, sophomore Rawly Marcial sits with a gregarious group of friends, finishing off his second double cheeseburger and the last drops of his Coke. Marcial is a loyal customer of McDonald's; he's been coming every day since the beginning of his freshman year. While he recognizes that the food is by no means healthy, he is not too worried about the immediate consequences.

"If the food's approved by the FDA, it can't make you sick,"? he reasons. That said, Marcial still prefers not to know what's in his burger: "If I knew what was in it, I probably wouldn't eat it," he admits.A typical fast-food hamburger can contain beef from hundreds of separate cattle blended together to ensure taste consistency in restaurant locales across the nation, according to a published interview by CBS with Eric Schlosser, author of "Fast Food Nation."? This process ups the risk of getting sick; just one contaminated piece of meat can end up in several hamburgers.

Also, the high levels of fat and sodium that are often a staple of fast-food meals often raise cholesterol levels and blood pressure among customers, according to University of Maryland Dietician Program Director Nancy Brenowitz. But for most Blazers, the satisfaction of an afternoon at McDonald's make these possible health risks an easy pill to swallow.

Freshman Surica Spencer has been going to McDonald's every day since her first week at Blair because the restaurant "is fast, it's cheap and it's close."

McDonald's opened its Four Corners location in 1998, around the same time that new Blair opened its doors to students. As Schlosser writes in "Fast Food Nation," "America's schools now loom as a potential gold mine for companies in search of young customers."

Four Corners is a jackpot; it has reeled in and maintained a continuous group of loyal Blazer customers. "Coming here is like an addiction," Marcial says. "The first day you come, it becomes a habit."

Brenowitz believes this habit does not qualify as addictive in the physiological sense. "People are not addicted to food. Without fast-food, they will not go through withdrawal," she says.

But with cost added to the equation, the habit of going to McDonald's is difficult to break. When senior Anitra Turner applied for a job at McDonald's this winter, she became one out of eight Americans to work for McDonald's at some point in their lives, according to Schlosser. For her, the Dollar Menu was the most attractive aspect of the franchise. "We're teenagers! We can't go buy fancy, expensive food from the grocery store," she says. "So we go to McDonald's."

The cost of the dollar Menu

Calories, along with the sheer volume of food available at cheap prices, has turned the U.S. into a breeding ground for obesity. The U.S. has the highest obesity rate of any industrialized nation in the world:

More than half of American adults and a quarter of American children are overweight.Fast-food restaurants are partly responsible, says Brenowitz, because of their "calorie-dense" menus. A double cheeseburger, medium fries and a medium Coke totals to 1,020 calories -- about half of the healthy calorie intake for an average adolescent girl. A single Chocolate Triple-thick Shake contains 1,160 calories.

Since Turner became employed at McDonald's, she has become more leery of the obesity that sometimes follows a regular fast-food diet. "I see overweight people come into McDonald's every day," says Turner. "I don't want to look like that. I want my body to be shaped."

Now when she eats dinner at work, she makes sure to buy salads. However, when eaten with dressing, these salads can contain just as many calories as a Quarter Pounder, according to Schlosser.

Fast-food meals mean not only extra pounds but also much less nutritional value, since they often replace essential fruits and vegetables in a teen's diet. Lacking such nutrients, adolescents face a greater chance of acquiring cancer and heart disease in the long-term, says Brenowitz. With teens now drinking twice as much soda as milk (roughly 56 gallons of soda per person annually), osteoporosis is a growing menace.

Teens, Brenowitz believes, should take more responsibility for their diets; fast-food restaurants are not solely at fault. "The bottom line is, you are making a conscious decision to go to McDonald's after school," she says.

Junior Tara Huang agrees; Huang cannot recall the last time she ate at McDonald's. She says, "[McDonald's food] is like a heart attack in a box."