The incredible success of the new "Beauty and the Beast” live action remake is just a taste of what Disney has in store for its fans in the next few years.

Ever since Disney released 101 Dalmatians back in 1996, they've known about the possibilities for live action movies. Amidst Disney's animated renaissance, during which time classics like The Lion King, Aladdin, Toy Story and The Little Mermaid were coming out, the live action version of 101 Dalmatians broke box office records and became the top grossing family movie of the year . Then, in 2010, Alice In Wonderland found similar success. The first live action Disney movie since 101 Dalmatians , it brought in over a billion dollars worldwide. 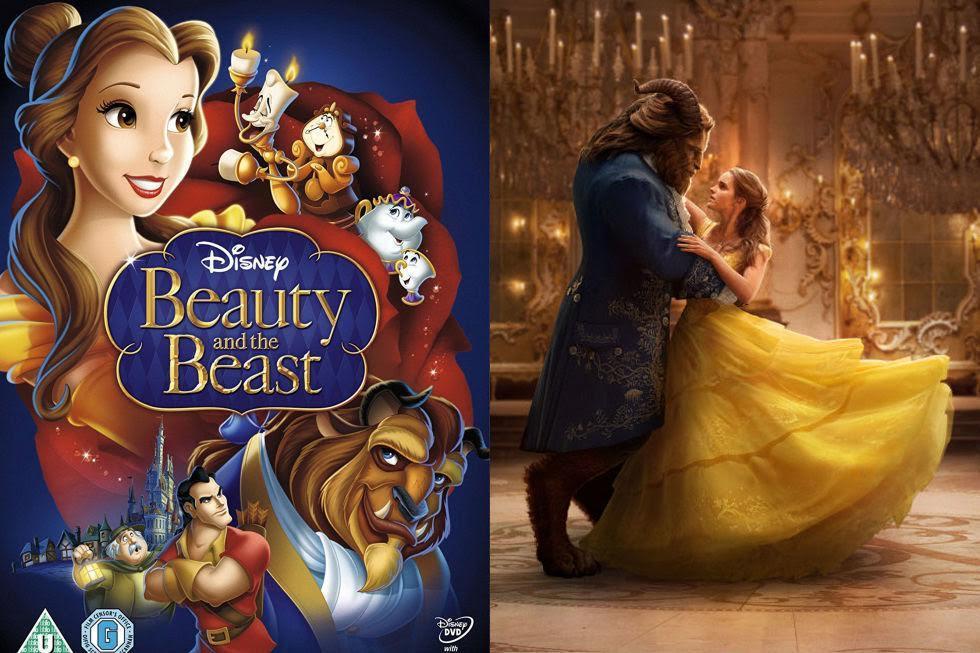 Beauty and the Beast

Photo: Beauty and the Beast, which came out earlier this month, is among the first to get the live-action treatment

Photo: Beauty and the Beast, which came out earlier this month, is among the first to get the live-action treatment  Photo courtesy of Cluebees .

Disney has since woken up to this magic formula, striking gold on Maleficent's take on Sleeping Beauty in 2014, Cinderella in 2015, and last year's A Jungle Book . While not all movies are guaranteed success, like the Alice sequel or Pete's Dragon , Disney has nevertheless found a way to bring in adults and teenagers who are nostalgically reminiscing about the stories they remember hearing as kids, while also gaining a whole new generation of Disney fans.

Recently, Beauty and the Beast has been dominating the theaters with breathtaking CGI, a more modern script, a couple big-name actors, and nearly $700 million in worldwide box office revenue, despite only having been released on March 17. So, of course, Disney already has huge plans to monopolize on a ton of its old classics that everyone loves. Here's a list of Disney's top projects in the works:

Disney has recently hired Niki Caro to direct this remake, scheduled for release in November of 2018. Little is known about the film, except it reportedly will not include any of the classic songs from the original animated picture, which already has a lot of fans worried.

No release date can be found as of yet for this film, but it is known that it will feature a mix of songs from the original and new songs made by Alan Menken, the creator of the original soundtrack, and Hamilton's Lin Manuel Miranda.

Snow White and the Seven Dwarfs

Snow White was Disney's first animated feature film, and the film that kickstarted their insanely popular princess franchise. There aren't that many details about live action/CG reboot of this instant classic. Lion King is considered by many to be the epitome of Disney's animated movies, and of animation as a whole, so this reboot could see incredible success, especially since they landed feature actors such as James Earl Jones and Donald Glover for the project earlier this year.

101 Dalmatians villain is getting her own solo movie. The adaption is set to follow Cruella in her early days and will star Emma Stone.

Yes, a live action Aladdin is officially in the works, and will be directed by Guy Richie. But, unlike some of the remakes we've seen so far, the new Aladdin film will not adhere strictly to the storyline you know and love. Aladdin will reportedly be an "ambitious and non-traditional take" on the animated film, with a non-linear format.

Almost nothing is known about the new Peter Pan movie, other than that it will be directed by David Lowery, from Pete's Dragon . Judging by the CGI used in that film, the crocodile's from this tale, like Tick Tock, are bound to be terrifying. Still, the new adaptation will have to be pretty good to top other adaptations from non-Disney studios, like 1991's Hook , and 2003's Peter Pan .

Peter Pan's fairy sidekick is also slated to get her own origin story. It is reportedly called Tink and could star Reese Witherspoon as the lead.

This adaption could have a darker feel than the original Dumbo , especially considering Tim Burton will direct it. Danny DeVito, Eva Green and Will Smith are reportedly all in talks for roles in the upcoming film.

A Winnie the Pooh movie is in development right now with Alex Ross Perry hired to write the adaptation. The focus will apparently be on an adult version of the book's Christopher Robin, Winnie's best friend.