Blazers, by and large, are used to chaos. It's seen in class when the teacher leaves the room. It's seen up close and personal on Blair Boulevard right after lunch. It's a by-product of going to a school this large and it's something tolerable that can sometimes even seem amusing. However, one thing no one wants is chaos in the college process. People make calendars, write all over their hands and do anything to make sure they get every painstakingly reviewed process of their application completed on time. Those deadlines are ironclad and immovable, so everyone assumes that the powers behind them must be just as organized. 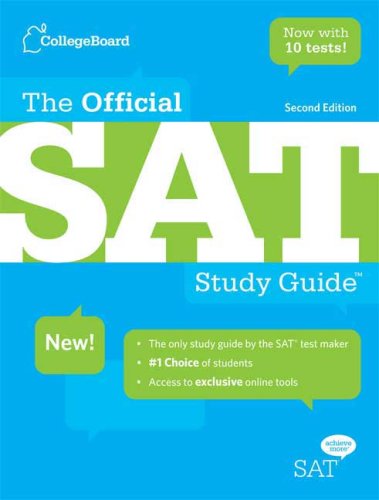 Photo: Books like this are emblems of the increasingly expensive test prep craze that have been taking the richer parts of the country by storm.

Photo: Books like this are emblems of the increasingly expensive test prep craze that have been taking the richer parts of the country by storm.

But, as a large number of Blazers and other high school students found out, their assumptions were wrong. Blair administered the SAT on June 4 and all of the students who attended showed up with varying levels of preparation. What no one was prepared for was starting the test an hour and a half late. Students grumbled. They slept. They fumed. And one particularly annoyed Blazer thought to herself, "I'm going to find a way to write about this." "This," she discovered, meant the ultimate Standardized Testing Powers – a.k.a. College Board. And these powers have chosen June 23 as the day all these anxious test takers are waiting for – the day their SAT scores are revealed.

It would be easy enough to complain about the inconveniences of College Board's standardized tests that plague high school students across the country. Aside from this debacle, College Board has had a rough year. In early April, an unspecified individual hacked their database and released the contact information of about two percent of their clientele. Unfortunately, the cracks in College Board's armor are much larger and much more disturbing than what was revealed in April. The past and present of the standardized testing routine in America only further shatters the nation into racial and economic pieces.

SAT or AP test? $50 or $80. SAT prep book? $20. SAT prep course? Anywhere from $200 to $2000. Doing well on the test? Priceless. At least, that's what the titans of the testing industry want you to think. College Board makes most of its money off fear – fear that without forking over ridiculous amounts of money, I will not succeed or my child will not succeed. It works – College Board makes around $490 million a year. Somewhere in that vast sum is the ability to skim a little off the top to make these alleged keys to success in college more accessible to economically disadvantaged students. Fee waivers exist, but that's a bare minimum approach. America needs to stop looking at its higher education system in such capitalist terms. America can hardly rant about the dropping academic performance compared to that of other nations when people can't even let students take a test without making it about money. 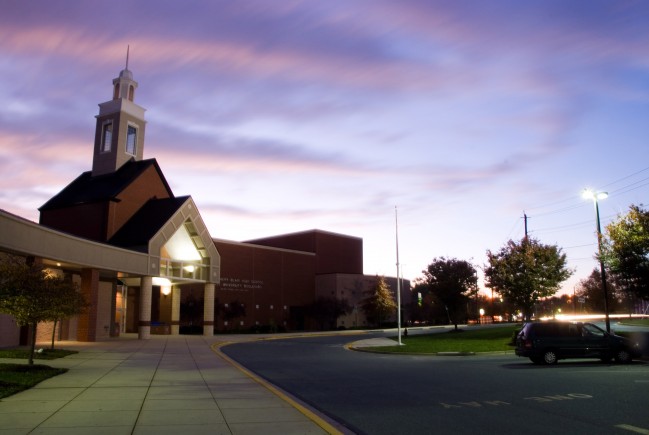 Photo: Students weren't actually at Blair for the SAT until sunset, but it definitely felt that way.

Photo: Students weren't actually at Blair for the SAT until sunset, but it definitely felt that way.

Additionally, the SAT has had racial issues since its inception. Carl Campbell Brigham, the test's creator, originally used the test to prove the superiority of what he called "The Nordic races," according to The Trentonian. Brigham eventually changed his mind and tried to change the test, but the fact remains that racism was a key factor in the SAT's creation. Is it racist now? That's hard to say. Measuring racial academic performance is tricky and difficult to prove. But here's a thought: why do we allow a test originally designed to prove racial superiority to mean so much? College Board has been hearing these complaints for a long time, and has consistently been rejecting those complaints as inconclusive or reflective of an educational imbalance. The fact remains, however, that according to Edward Fiske of The Fiske Guide to Colleges the best predictors of one's SAT score are family income, parent education level and zip code, all of which tend to be racially correlated in America. In a perfect world that still had to have the SAT in it, the best predictors of a score would be found inside of the school, not inside of the home.

Yet while the economic argument against College Board is purely practical, the racial one is more moral. College Board is not responsible for racism. Still, isn't it our responsibility to try and get rid of racism, to recognize that our glorious origins were made substantially less glorious by the way our country treated, and in many ways still treats, minorities? A good SAT score is a symbol of success for thousands of panicked high school students across the country. Whatever its present status may be, the deeply racist roots of this symbol are troubling enough.

The problem with fixing College Board and the rest of its industry is that there are no easy solutions. Getting rid of standardized tests would never fly, and making changes isn't much easier. Change, though, is needed. Students complain about these tests every day, but they accept them as part of the back-breaking dance they need to do in order to secure a better future. This stress pays College Board's bills, but I for one have no interest in further subsidizing an organization that wasted seven hours of my Saturday afternoon.