“Give me a B!...” Shouts erupted from the bleachers by the pool. “Give me an L!...” a similar roar filled the warm, energetic air by the pool as Blair swim and dive made their presence known. On Saturday, Feb. 1, the Blazers finished first overall at the swim and dive Division Two Championships as the boys placed first and the girls placed fourth.

The girls diving opened the meet, gaining a definitive lead over the five other teams present as freshman Ruby Borzekowski, junior Elise Kinyanjui, and senior Emily Harris placed first, second, and fourth. “[Diving was] very helpful for our girl’s team as we lacked a little bit of depth that the other teams had. It gave them a boost in confidence to have that lead” explained Coach Kelly Labriola. 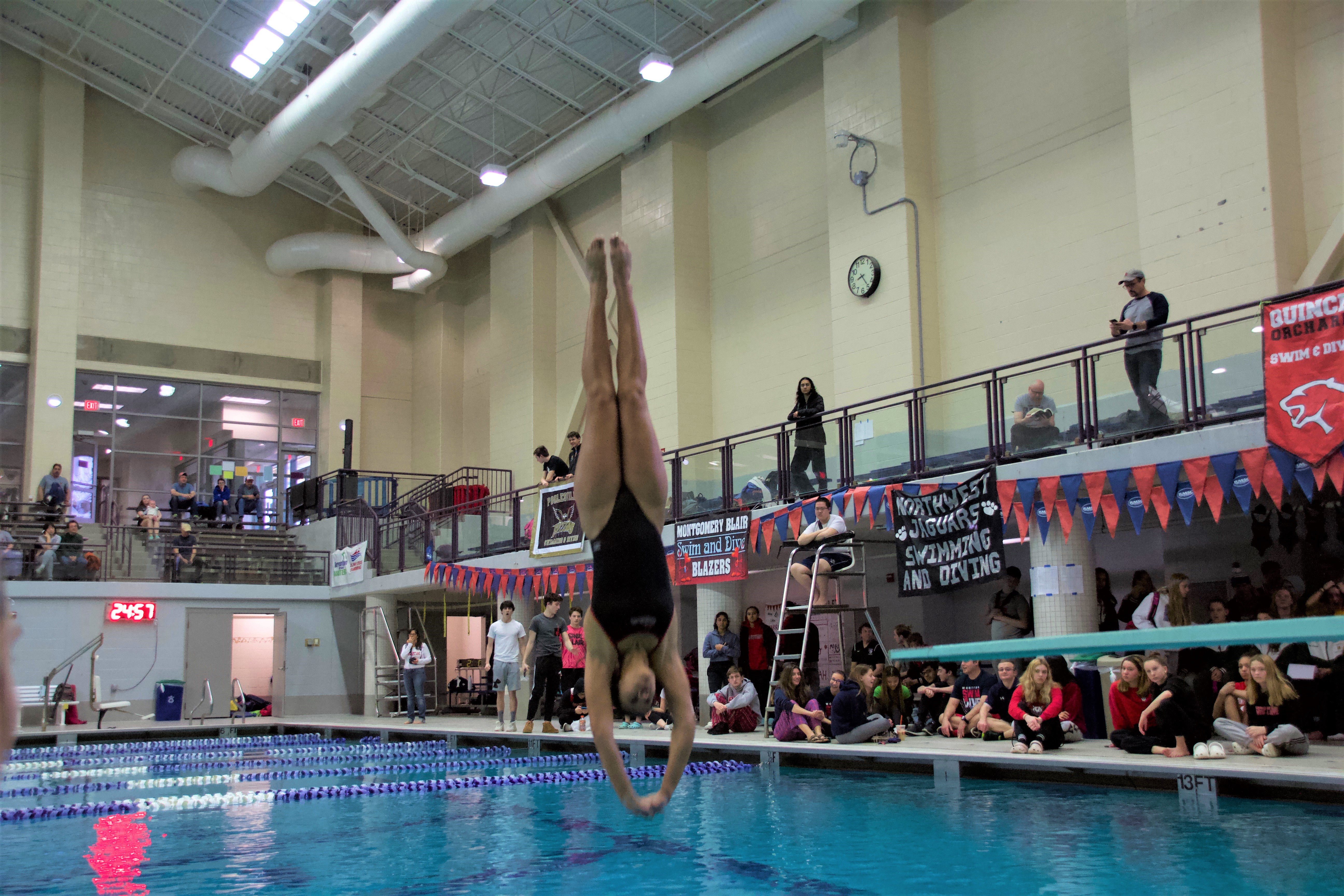 The Blazers kicked off swimming with a burst of determination as the boys claimed first in the 200-yard medley relay. “The relay went exactly as I had hoped, to start [swimming] off getting first is always very exciting,” stated Labriola.

As cheering echoed around the interior of the Germantown Indoor Aquatic Center, the Blazers raced back and forth with swimmers from Wootton, Poolesville, Quince Orchard, Damascus, and Northwest, amassing points from consistently high placements on the leaderboard.

Seeded first in relays, the boys secured first place in two out of the three events. This earned them a much-needed lead over the other teams.

The girls consistently outswam their previous times as the meet pushed on. “Just looking at the way our seed times compared with the times we actually did, I think we really did a really good job and put great effort into it,” captain Allie Marney-Bell described.

The Blazers’ performance at Divisionals is a good sign for the team as they hope to continue improving towards the conclusion of the season. “I’m a little more excited for states as our boys 400 free relay has a really good chance of getting top three for their side and I feel like our girls are going to swim their best times as we go forward.” reflected Labriola.