Many who wear the popular glasses fall into a false reality.

As Leigh Tinsley stared into her Chromebook, grading her student’s work, she began to feel a shooting pain in her eyes and a throbbing headache that seemed to distort the world around her. Worried about her health, she contacted her doctor, who recommended that she buy blue light glasses to alleviate some of her symptoms. Though aware of the skepticism surrounding the effectiveness of these glasses, Tinsley still bought them and feels that her issues have been relieved.

Tinsley, a Blair English teacher, is not the only one who has experienced eye pain and headaches from screen usage and opted to buy blue light glasses. With digital technology becoming increasingly intertwined with people’s lives and COVID-19 forcing nationwide shutdowns and remote learning realities, more and more people are spending time in front of screens. Consequently, they are exposing themselves to blue light, which can be harmful to an individual’s health in excess.

Nicholas Losekamp, a psychology teacher at Blair, said that the issue is due to a lack of blinking when staring at screens. “When you focus on something, you don't blink. If you're not blinking, you're not lubricating your eyes,” he said. “If you do that for a long period of time, it's going to cause eye strain,” he explained. 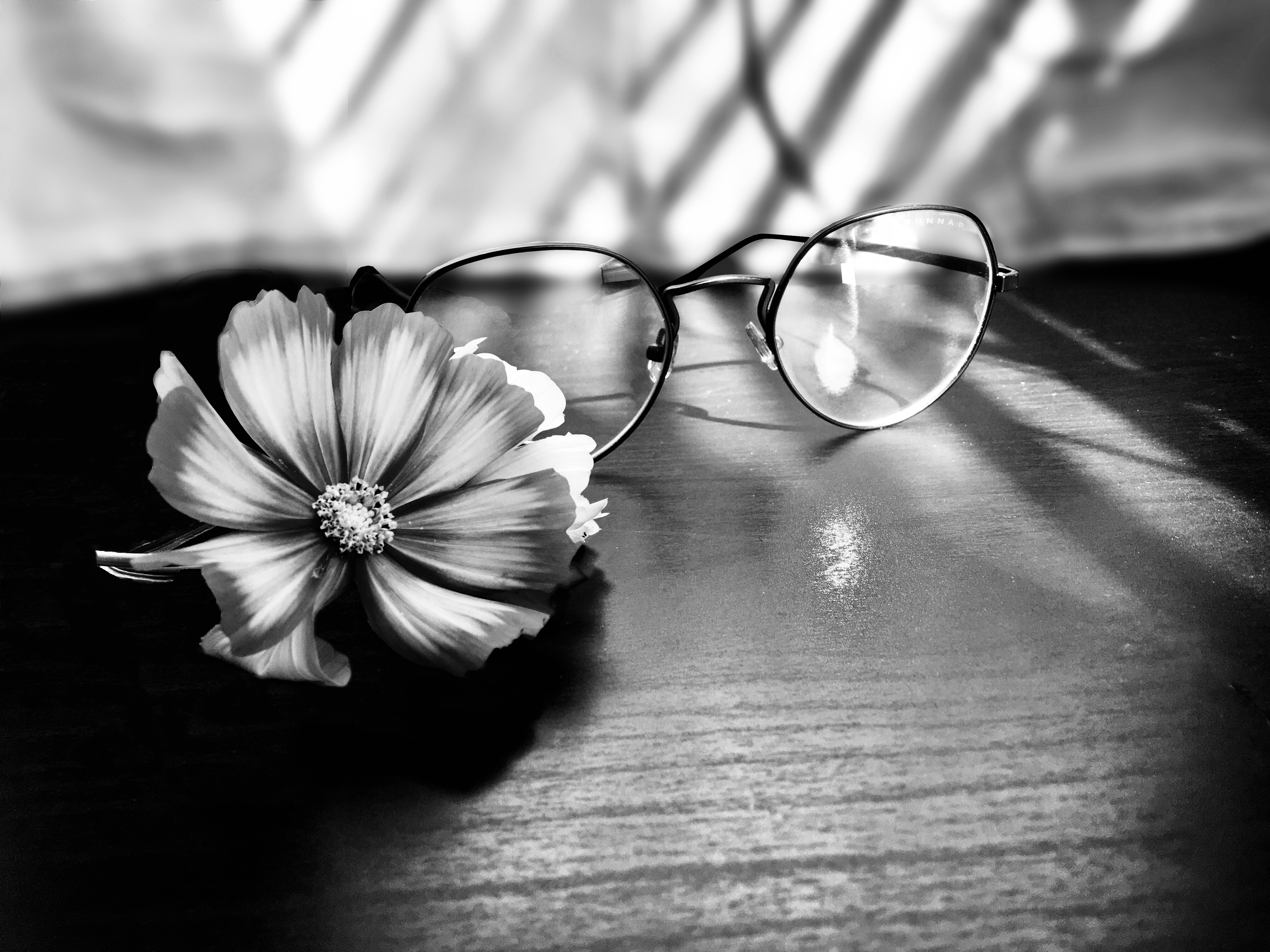 Additionally, according to VeryWellHealth, an award-winning online resource with information on up-to-date health topics, while not a causing factor, there is evidence that greater exposure to blue light can increase the risk of macular degeneration—a disease that severely impairs eyesight.

But the damage caused by blue light goes beyond an individual’s vision.

As a result, blue light glasses have emerged as a popular option as they are said to solve these health issues, thus allowing people to continue the on-screen activities they enjoy.

To those who have never owned glasses before, wearing blue light glasses is a different experience.

Cruz Portillo-Castillo, a senior at Northwood, bought blue light glasses last December to resolve the eye strain and sleeping difficulties he experienced after playing on his Nintendo Switch gaming console. Portillo-Castillo noticed that his surroundings were different when he wore his glasses.

“Everything [around me] had a different color to it,” he said. “Sometimes white would have a more yellowish tint to it.”

Portillo-Castillo said the glasses didn’t change the way he saw himself, and he didn’t feel it changed the way others perceived him. “Not at all,” he said. “[I just noticed] being able to see better, less eye strain, [and] being able to sleep better.”

Similarly, Kenny Menelas, a junior at Takoma Academy, also bought blue light glasses because of eye strain resulting from digital use and used them so much that he forgot to put his glasses in his case before playing and resting.

“The glasses are attached to me like peanut butter and jelly,” he wrote in an email. “[One time] I forgot to remove the glasses from my face when I was playing basketball with my friends. My friends laughed at me and called me careless, but I [didn’t notice].”

Although Portillo-Castillo, Menelas, and many others agree that blue light glasses helped alleviate the eye strain and headaches caused by using digital devices, according to scientific research, these glasses do not do that.

The researchers measured subjects’ symptoms of eye strain on a five-point scale over the course of a month of wearing either high-blue-blocking or non-blue-blocking glasses. They couldn’t find a noticeable difference between the two groups.

Losekamp stated that people’s issues may feel resolved when wearing these glasses because of the placebo effect—a psychological phenomenon where someone thinks they are cured of an issue despite engaging in a treatment without therapeutic value. “The glasses don’t help you,” he said. “But the belief that they do makes them work.”

Other solutions that can ease eye strains like the 20-20-20 rule, which suggests that every 20 minutes, a person should look at something different 20 feet away from them for 20 seconds. This helps to relax your eyes and encourages blinking. Furthermore, using eye drops can help lubricate your eyes if they become dry.

At the end of the day, whatever the method a person chooses to alleviate the symptoms of staring at a screen all day––whether it be wearing blue light glasses or utilizing strategies like the 20-20-20 rule––striving to protect one’s health is all that matters.