Since its release last year, the film 12 Years a Slave has been an important part of how the American public views slavery. It started out as a memoir penned by Solomon Northup, a free black man who was tricked, kidnapped and sold into slavery in the pre-Civil War south, and has since morphed into a critically acclaimed and universally lauded movie. The film has become so important that on Sept. 18, the National School Boards Association (NSBA) announced plans to plans to distribute the book and movie to students at high schools around the country. All educators who get permission to teach the material will receive a kit for each student, including a copy of the book, a study guide, a printed letter from the film's director Steve McQueen and an edited version of the film.

12 Years a Slave provides a brutal, unnervingly honest look at the realities of life for black people before the Civil War. Very few people understand exactly how brutal and dehumanizing slavery really was. Slavery is topic that generally makes all Americans uncomfortable; we'd rather avoid talking about it if possible and as a result there are few depictions of slavery that show the institution in its full atrocity. People tend to be more comfortable with viewing something caricature-esque like Django Unchained or watered down like Roots. But the viciousness of the treatment of slaves in 12 Years a Slave is what helps viewers to better understand the realities of slavery.

Race and slavery in America are inextricably linked. Racism, at least against blacks, began in the U.S. because people used supposed racial inferiority to justify slavery. And so a fundamental understanding of slavery is necessary to understand racism, something that a lot of young people have trouble with.

Respondents to a 2012 poll believed that the U.S. is operating in a post-racial society. This belief can be attributed to millennials' perceived distance from the major racial issues of the past—the institution of slavery and the civil right movement ended 151 years and 44 years ago, respectively. This view indicates a gross misunderstanding of the scope and substance of American racism. An institution that has thrived for the past four hundred years, and that begins and end with the slave trade, cannot simply be overcome by a half century of political reforms. 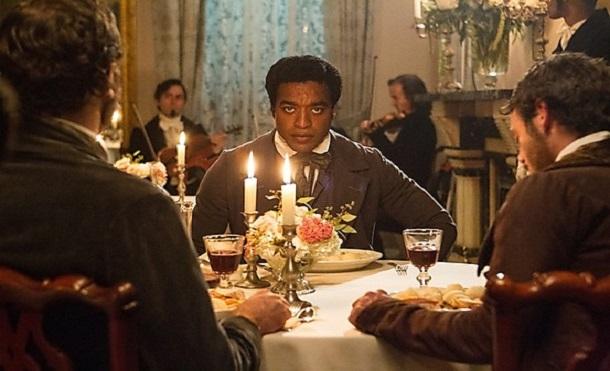 Photo: The promotional photo of "12 Years a Slave."

Photo: The promotional photo of "12 Years a Slave."

12 Years a Slave received an "R" rating from the MPAA for "violence/cruelty, some nudity and brief sexuality." But every bit of 12 Years a Slave is central to its impact, from the mothers' laments after their children are sold to the brutally vivid depictions of flogging. But censoring the film is ultimately doing students more harm than good. If even a minute of it were to be cut out, it could lessen the impact of the film, thereby lessening its effectiveness in teaching students about what slavery was like for the people who suffered through it.

Exposing high school students to the realities of slavery through 12 Years a Slave will be an important step to exposing the scope and reality of the American institution of racism to them. That way, people can establish clearer, more personal connections to it and understand that it takes more than litigation and an election to end racism.