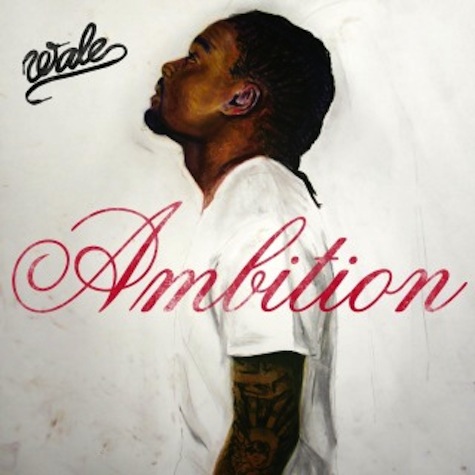 "Look, they gon' love me for my ambition / Beautiful music, painting pictures that be my vision."

Two years after his debut album "Attention: Deficit" failed to meet expectations, Wale is at the pinnacle of his rap game. For many longtime fans, "Ambition" is a celebration of how far Wale has come; he's established himself as one of the game's best lyricists, and it's about time he gets some recognition.

While the entire album is well worth your listen, certain tracks stand out above the rest. Go no further than track number two for proof. "The Bentley is rented but I got many chauffers / Foamposites if you ain't got em then you penny-loafing," Folarin cleverly boasts on "Double M Genius." The record is easily one of the album's best; Wale spits bar after bar of creativity over a jazzy, upbeat tune with an old-school feel.

What separates Wale from a lot of rappers is his ability to deliver lyrics – even the trickiest ones – in a way that sounds nearly effortless. Unlike many emcees, his voice is multi-dimensional in that Wale knows how to lay down a solid verse over a wide variety of beats. Tracks like "Lotus Flower Bomb" and the Diplo-produced "Slight Work" are polar opposites when it comes to feel and tempo, but it doesn't matter; Wale does his thing on both tracks, displaying a well-rounded skillset that adds to the overall product.

Shades of vintage Wale come in the form of "Chain Music," a track that delves into the issue of gold-digging women. "She said I'm charming and I meant it / But she was talking about my pendant," he raps over an addictive, head-bobber of a beat. The newest member of Maybach Music Group (MMG) goes on to explain his dilemma: while he's not like all the other flashy, chain-wearing rappers, he realizes that one of the only ways to gain popularity is to wear expensive jewelry. And of course, no Wale song can exist without the presence of genius wordplay, "They say that karats help your vision / But somehow it made them listen."

While other songs might be more lyric-geared, it's the title track, "Ambition," that steals the show thanks to terrific production. Laced with an icy beat, Wale brings in fellow MMG cohorts Rick Ross and Meek Mill to create a musical masterpiece. Mill, another young gun on the up-and-up, tells his tale of growing up on the streets, "I was raised by the stop sign / No religion I was getting saved by the Glock nine." Ross adds his two cents, explaining the difficulties of living in a rough neighborhood, "Who cut my power off? It's time to move that powder soft / Not too many options when you coming from the projects."

"Ambition" isn't an instant classic, but it comes pretty darn close. With the release of his second album, Wale shows versatility and creativity in his rhyming ability, coming lyrically correct on every track. We knew that Wale had this talent after hearing many of his past mixtapes, but it was important for him to bring that same type of fire on a studio album. I, for one, am already looking forward to his next project. Who's with me?