“Don’t Look Up” lives up to its expectations

The pre-apocalyptic movie contains the craziest cast of the century 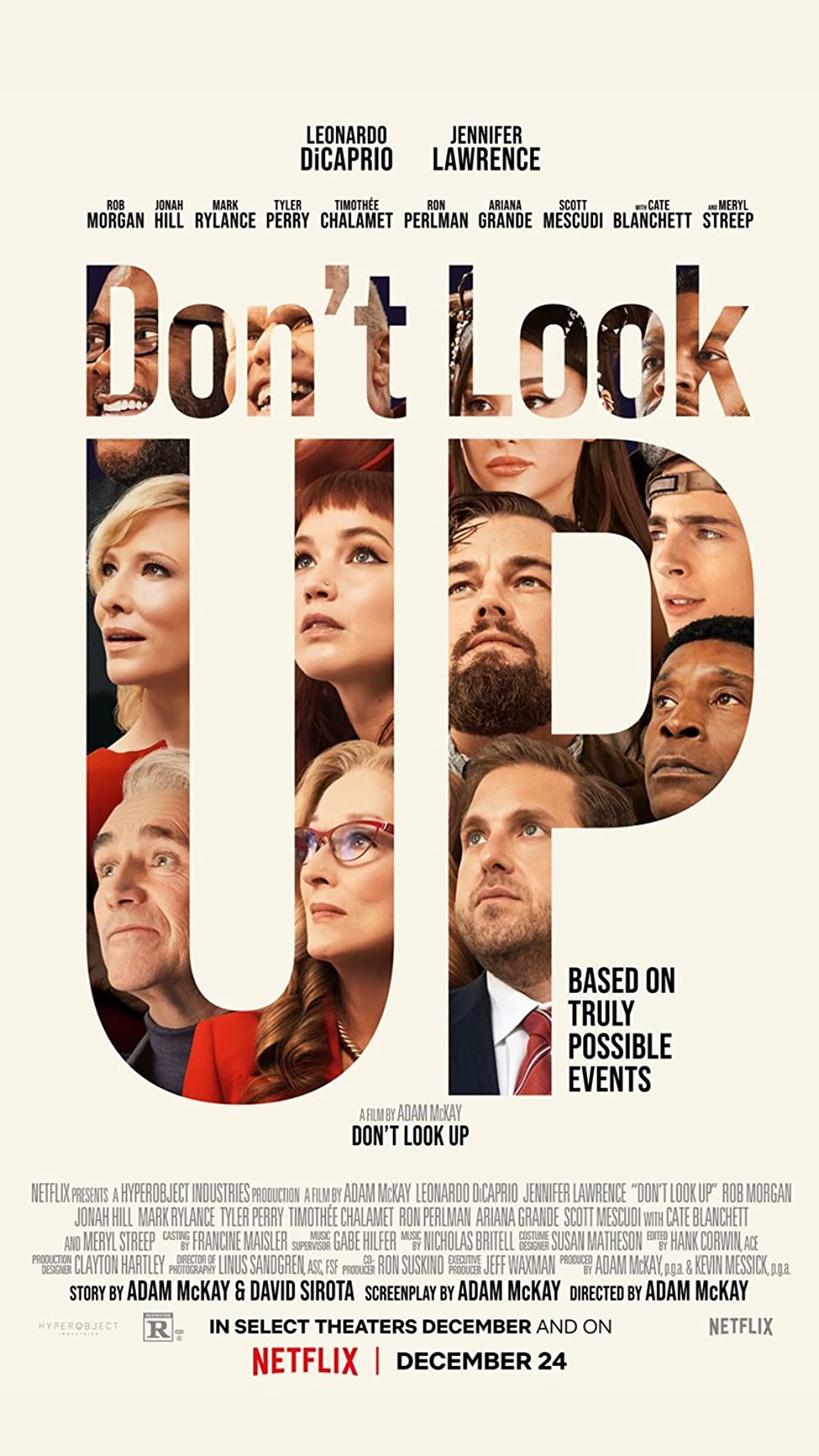 The star-studded Netflix Original, Don’t Look Up is out and it is living up to its hype. With a $75 million budget, Netflix manages to capture Leonardo DiCaprio, Jennifer Lawrence, Arianna Grande and Meryl Streep all in one film, so debuting any lower than at the number one spot on Netflix’s trending movies would be a disappointment.

The satirical comedy delivers a criticism of the political divide in America and how it deters those in power from confronting real-world problems. The movie starts off with astronomy professor Dr. Randall Mindy (Leonardo DiCaprio) and his PhD-candidate Kate Dibiasky (Jennifer Lawrence) discovering a planet-killing comet hurtling towards Earth.

Mindy and Dibiasky attempt to spread the word of the end of the world after President Orlean (Meryl Streep) publicly dismissives their claims. Doubters of the comet immediately emerge, which is expected when one says the world is going to end.

At a point in the movie the comet is able to be seen from all over Earth, so Dibiasky and Mindy start their new slogan, “Look Up!” The simple slogan is met with an absurd opposing view: “Don’t Look Up.”

This is the crux of the movie: In a politically-polarized society, citizens allow their bias to outweigh the facts in front of them and convince themselves that the opposing side has sinister ulterior motives.

The comet hurling at their Earth can represent any number of divisive issues in the world today. It can be global warming or the Covid-19 pandemic, but the point is that there is irrational disagreement.

The cinematography of the movie outshines the multi-celebrity cast; Director Adam Mckay includes quick cuts in scenes of dialogue adding to the awkward humor of its best scenes. Attempting to pull off an allegory on the nonchalant views of many about drastically threatening world issues is risky considering how split society’s opinions are, yet McKay’s execution is near perfect.

The movie also touches on the disrespect that the scientific community tolerates, especially in today’s times where conspiracy theorists discredit the work of credible research on vaccines or Covid in general.

Scientists approach issues like climate change objectively and attempt to bring forth solutions that help everyone, but there are still people out there who completely distrust the information these scientists put out. Don’t Look Up gifts the viewer with a dramaticized look into the struggle the scientific community faces in rallying the public against the threats facing humanity and the planet.