Don't Tell Me That It's Over

Wallows returns with their sophomore album - Tell Me That It's Over

Three years after their debut album, Nothing Happens, Wallows is back with a second album, Tell Me That It's Over, released on March 25. Singing about the highs and lows of a relationship in the 10-track album, the alternative-indie rock band experiments with genre and instrumentation to provide an eclectic yet cohesive listening experience.

The band has close to 8 million monthly listeners on Spotify and over half a billion streams on their hit song "Are You Bored Yet?" featuring singer-songwriter Clairo. The Los Angeles-based band is composed of three members: Dylan Minnette on vocals and guitar, Braeden Lemasters on vocals and guitar, and Cole Preston on the drums.

"Hard to Believe'' opens the album with only vocals accompanied by cello chords, building through a strong beat to a chorus laden with synths and guitar riffs as Minnette sings "And I just want to breathe / Is that so hard to believe?" Traveling from folk-indie to techno-rock in the span of only a few minutes, the track provides a small taste of the wide-ranging genres to come.

The three pre-released singles -- "I Don't Want to Talk", "Especially You" and "At the End of the Day" -- immediately follow, each having its own unique style. The upbeat harmonica melody defines "I Don't Want to Talk", as Minnette and Lemasters belt out "I'm not alright / But I don't need comfort / I don't want to talk / So could you tell me that it's over," apathetically, blindfolded in the music video. 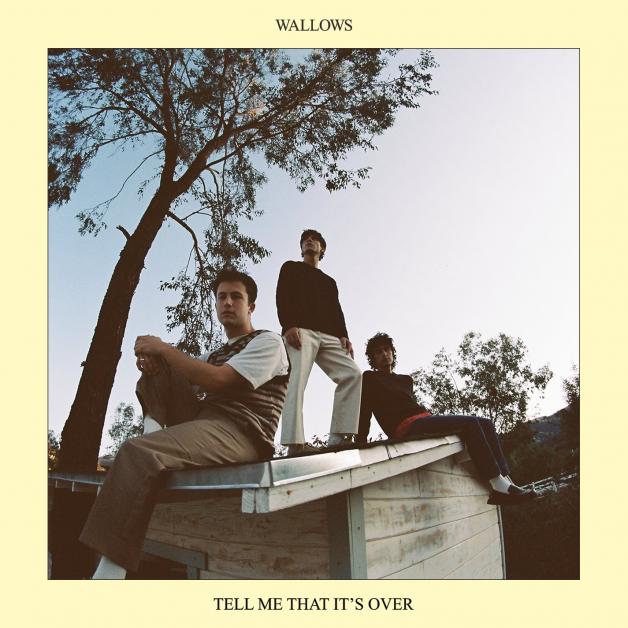 Tell Me That It's Over

Photo: The album cover of Wallows' newest album -- Tell Me That It's Over. (Photo Courtesy of Wallows)

Photo: The album cover of Wallows' newest album -- Tell Me That It's Over. (Photo Courtesy of Wallows)

The softer yet danceable "Especially You", incorporates distortions, synths, and tremolo chords of the guitar, while speaking to the confusion and perplexity that a relationship can bring. Stressing over the smallest things for hours, the band sings, "My head can't comprehend / Living in the background, wondering what you meant / That's when my eyes got red /Thinking 'bout what you just said". Not only is it the first Wallows song to feature a banjo instrumental, but the experimentation with the various tones of the guitar also brings the song to be one of the best songs on the album.

The vocals float on top of the instrumental in the must-listen, "At the End of the Day", reminiscent of 80s synth-pop, as strings and synths hover in the background. Accompanied by a stunning music video of a Las Vegas road trip, the track is an ode of hope and fear of the future of a relationship.

The transition to "Marvelous" is abrupt, as the beat suddenly changes to a buoyant and almost frantic melody with an equally euphoric music video. The tempo once again slows for the exquisite intro to "Permanent Price", a testament to the permanent price of falling in love.

"Missing Out" drastically changes the style with the bass and guitar at the forefront of the chorus, along with a brass solo in the outro. Drums and synths bring back the energy in "Hurts Me", one of the most experimental songs on the album. "That's What I Get" features piano and strings, creating a ballad-esque feel, while "Guitar Romantic Search Adventure" ends the album on an ethereal note, as Minnette sings, "so now I hope that you don't tell me that it's over".

Though the lyrical themes are repetitive by the end of the album, the variation in genre and style creates a colorful listening experience, so please don't tell me that it's over -- rather, keep the album on repeat to relish in Wallows' musically diverse tracks.

Wallows' 2022 tour kicked off on April 1 in Seattle, and they will be performing at The Anthem in Washington D.C. on June 21. A list of all tour dates can be found here.