Doors do not close when Blazers come out

In a classroom tucked away on the second floor, a handful of students gather, leaning on desks and lounging on chairs. They sit at ease, joking and chatting, completely relaxed — a mood that befits the atmosphere of the room. The walls of the room are hung with posters about human rights, equality and tolerance. One features several figures in rainbow neon colors, bearing the legend "Generation Q: Young, Proud, Queer." This room, where the people are friendly and open to all comers, is the meeting room of Blair's Gay-Straight Alliance, or GSA.

Recently, the nation's attention has been tuned to gay rights issues after increased media coverage of a number of gay teens who committed suicide, in part because they were bullied at school. According to the Gay, Lesbian, Straight Education Network (GLSEN, pronounced "glisten"), roughly 85 percent of gay, lesbian, bisexual or transgender (GLBT) students nationwide reported experiencing harassment at school. 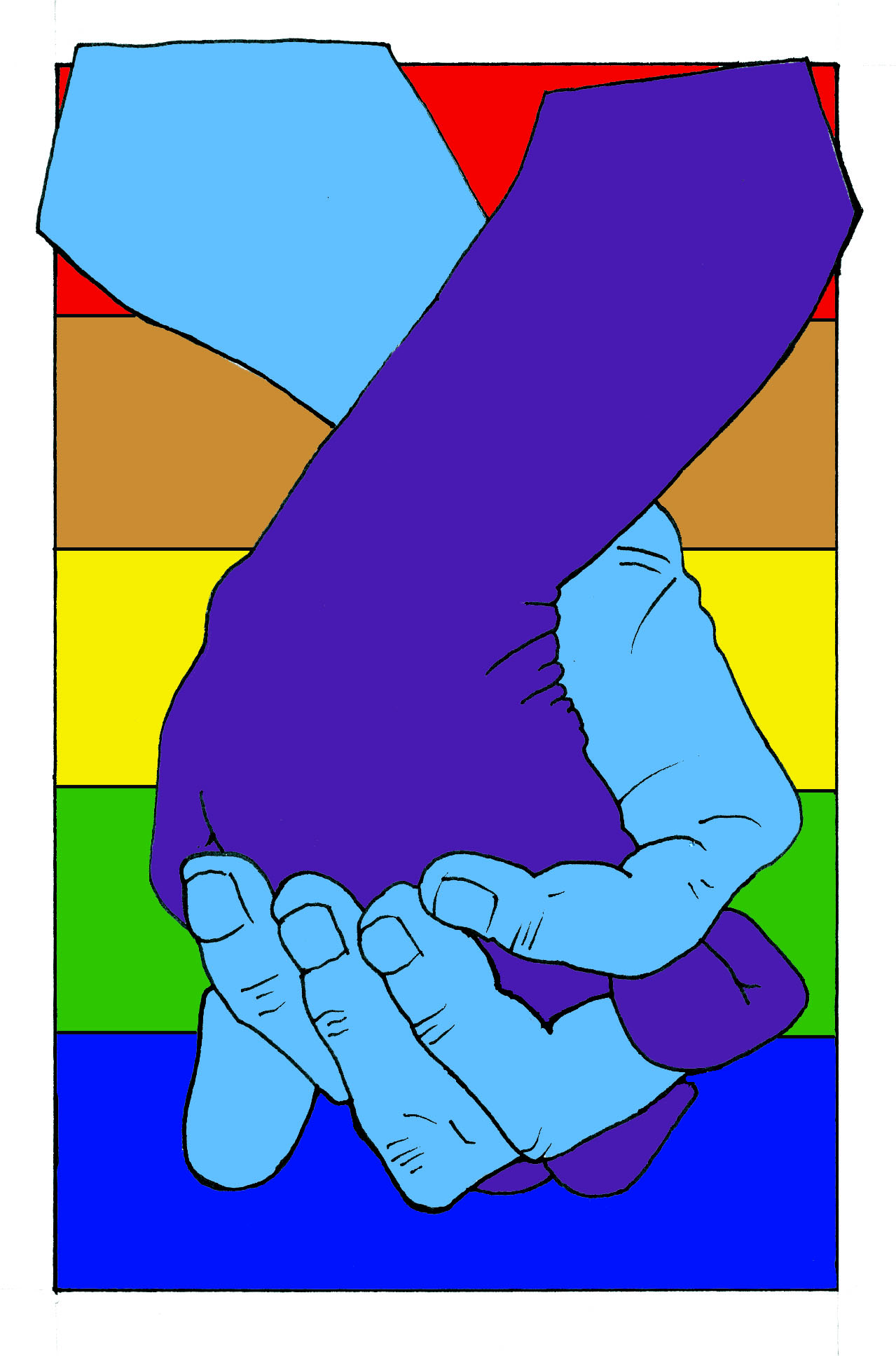 Many Blazers would be quick to deny that such harassment occurs at Blair, a school that prides itself on being diverse and accepting of all sorts of people — but Blair is not perfect. It has its flaws, and among them are instances of harassment based on sexual orientation, however infrequent. Ultimately, the decision of when, where and how to come out is a personal one. But those Blazers who do come out in high school can find an accepting community here at Blair.

Out of the closet

On Oct. 11, 2008 senior Tyler Fultz signed on to his GMail account and changed his status. "I'm bi," he wrote. It was the first time he had made any mention publicly that he wasn't heterosexual. Although he knew he was homosexual, he felt more comfortable coming out as bisexual at first. A few weeks later, he came out as gay, and by the end of the calendar year he had come out to his parents and grandmother as well.

Fultz came out on National Coming Out Day, which is managed by the gay rights organization Human Rights Campaign and is observed every year on Oct. 11. The event is designed to provide support and encouragement for closeted people who wish to come out by assuring them that they are not alone, according to the organization's web site. For Fultz, the knowledge that others were coming out on the same day provided a sense of support, and he decided to announce his homosexuality "on a whim."

Whenever a person comes out, however, the feelings are often similar: relief, liberation, like lifting a weight off one's shoulders. According to senior Hien Le, who is lesbian, being closeted is restricting. "It's tough not being able to talk about what your life is really like," she says. "It's like lying to the world and to yourself. It's not a good position."

Junior Isabelle Kerby-McGowan, who is lesbian, says that being closeted was hardest to deal with in middle school, when people started dating. She knew that she didn't want to date boys, but she hoped it was just a phase. "I would question, ‘What's wrong with me?'" she says. It was the guidance of an older friend, who encouraged Kerby-McGowan to be herself, that convinced her to finally come out.

Tim, a freshman, finds it difficult to describe how it feels to be closeted. "It's like being imprisoned in your own skin," he says, struggling to find the exact words. "I felt like I couldn't show my true personality."

Photo:
Tim began telling some of his friends that he is gay in October of this year because he didn't want to hide part of himself anymore. "I wanted to let people know that this is the real me," he says. By now, he has told most of his friends about his sexuality. He has yet to tell his parents, however, because he fears their religious beliefs might prevent them from being supportive.

For many gay, lesbian, bisexual and transgender (GLBT) students, rejection from parents is a very real problem. According to Brad Becker, executive director of the GLBT National Help Center, an organization that provides counseling and information to gay and lesbian teens via a national hotline, parents who minimize, disbelieve or condemn outright their children's homosexuality deny their teens a vital line of support.

The problem becomes especially severe when neither home nor school is a safe or welcoming place — a situation that too often leads to isolation, depression and even suicide. A gay teen is three times as likely to commit suicide as his or her heterosexual peers, says Becker. For students who are harassed by their classmates, he adds, school often becomes unbearable, which causes many gay teens to drop out of high school rather than endure years of bullying.

At a recent GSA meeting, a gay student describes his encounters with harassment at Blair: another boy repeatedly accosted him in school, making derogatory remarks and crude suggestions.

GSA sponsor and social studies teacher Mary Lou Thornton explains to the club that instances of harassment often reflect the bully's own insecurities. "People go through weirdness when they try to figure out their identity — gays, straights, every part of the spectrum," she says. "That kid is bouncing stuff off of you because he's trying to find out the limit of his own manhood," she tells the student, who wished to remain anonymous to avoid further harassment.

Thornton says that instances of harassment are much more common among freshmen and sophomores than among juniors and seniors. According to Becker, this may be because as students get older, they grow more mature and more comfortable with their own sexualities — meaning they're less likely to harass others based on sexuality.

For Le, the hardest years came during middle school, when she was harassed and bullied on a daily basis for nearly three years after coming out in sixth grade. She lost several friends. Students she didn't know would encounter her in the hallways and tell her she was going to burn in hell. She ate lunch with her teachers each day, rather than risk harassment in the cafeteria.

It got to a point where security had to escort her to from class to class to ensure no one assaulted her in the hallways. "It sucked," she says bluntly.

When she finished middle school, Le wanted to attend a high school where she knew she would be safe. After checking out other area public high schools, Le settled on Blair due to the strong presence of the GSA. During the first GSA meeting she attended in her freshmen year, she was struck by the accepting atmosphere. "People could have the good experience I wish I had had coming out," she says.

A culture of acceptance and understanding is important in fostering an atmosphere where students can coexist peacefully despite their differences, according to Becker. This atmosphere must come "from the top down."

"A school's administration must make clear that diversity is welcome and that all people are important," says Becker. For example, he says, students who bully others must be punished, and students who are victims should receive support and protection.

Many gay students agree that such an environment exists at Blair. A large and diverse student body promotes a feeling of acceptance.

As an example of Blair's tolerance, Fultz cites the fact that he could dance with other boys at homecoming without getting any strange looks.

Blair's diversity is what allows gay and lesbian students to fit in — while still standing out. Kerby-McGowan explains that as a result of Blair's acceptance, gay students do not have to be part of a certain group — they fit in with all sorts of groups. "It's not like all the gays get together and eat together," she says. 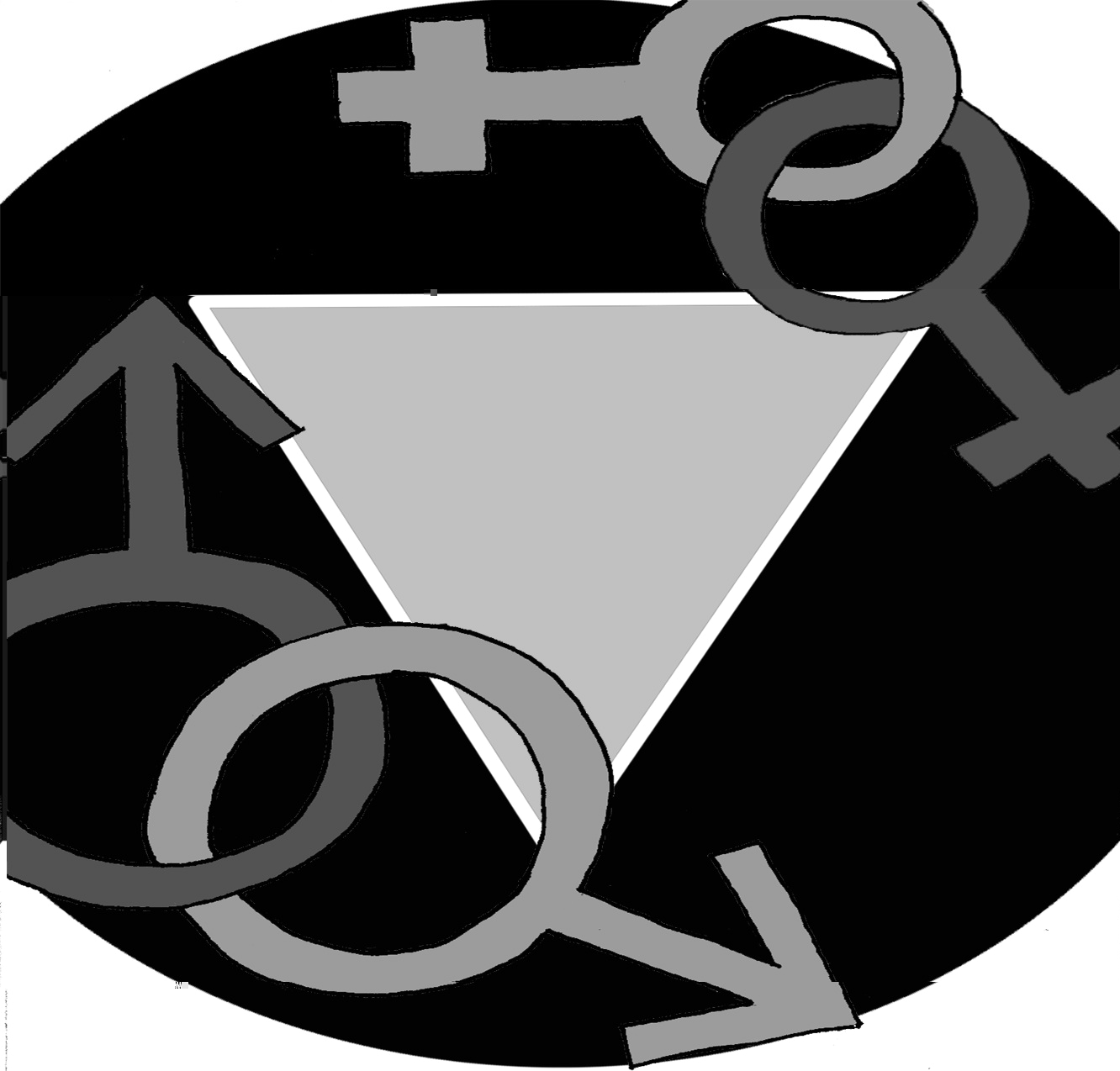 Photo:
Sophomore Ellie Musgrave treasures the fact that GLBT students can be found in every corner of the school. "The fact that we don't have to stick together as our own clique — ‘the gays' — is really special," says Musgrave, who is bisexual.

Even though GLBT Blazers are a part of the larger Blair community, many have come together to form a strong web of support for each other, sometimes as a backup system for when times get rough. For example, the GSA gives gay students the chance to share their experiences and any difficulties they may be having. The GSA is a safe place, says Musgrave, who is a leader in the organization. Students who feel isolated can come to GSA to find an accepting and friendly environment. "[No one should] have to feel alone," Musgrave says.

Thornton explains that having a support system within the school is important. Even in an accepting school, GLBT students can feel isolated or outcast when they don't have encouragement or acceptance from their peers. "Any school can be terrible if you don't have allies within the school," she tells the students at the GSA meeting. "Even Blair, and Blair is the most open place on the planet."

Le, who is president of the GSA, aims to create a place where everyone can have a positive experience and lots of support. "I want someone else to have a positive coming out experience," she says. "If I save someone else, just one other person, from what I went through, then I've met my goal."

Although Tim is not a member of the GSA, he still finds their work helpful. He remembers at the beginning of the school year, he came as a freshman to the activity fair, where the GSA had been handing out stickers and fliers. Seeing the number of students sporting stickers on their lapels and ribbons on their backpacks was reassuring. "It felt good…to see the amount of support," he says.

Back at the GSA meeting, the club members begin to discuss one of their upcoming projects, a PSA about bystanders and the importance of speaking out. They plan the plot: a large group verbally harasses and insult a gay student until another student finds the courage to tell them to stop. One of the GSA members expresses concern that they'll have trouble finding students willing to act as the bullies in their PSA. A pause falls over the group as they consider this possibility. Out of all the problems a high school GSA could have, Blair, at least, has some that don't need to be fixed.


Jenny Sholar. Jenny loves Jewel Galbraith and Justin Beiber more than anything else in the world. She lives in Jamaica and sells juniper-scented body lotion for sale only at Jamba Juice. She does jumping jacks often and is a fan of jello, as well. She fluently speaks … More »